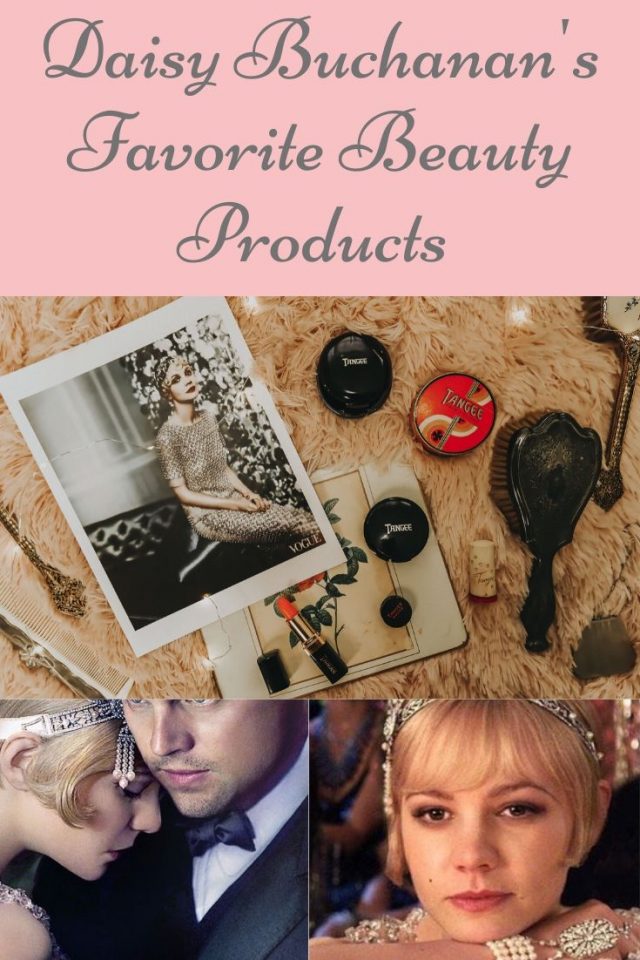 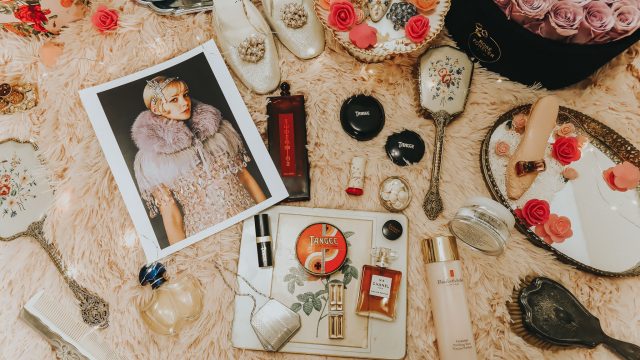 Hello lovelies, today, I will be talking about Daisy Buchanan’s favorite beauty products. Daisy Buchanan is a fictional character in F. Scott Fitzgerald’s The Great Gatsby (1925). In the novel, Daisy is depicted as a married woman with a daughter who is reunited with her former lover Jay Gatsby, arousing the jealousy of her husband, Tom. Daisy was born into a wealthy Louisville family. By 1917, Daisy had several suitors of her same class but fell in love with Jay Gatsby, a poor soldier. Before Gatsby left for war, Daisy promised to wait for him. After Gatsby started attending Trinity College, Oxford, Daisy sent him a letter revealing that she had married Tom Buchanan. During the marriage, Daisy gave birth to a daughter, Pammy, who Daisy had hoped would be “a beautiful little fool.” Daisy and her family settled in East Egg, a wealthy old-money enclave on Long Island.

In the 1920s, women started to wear makeup due to the inventions of the compact and retractable lipstick tube. Cosmetics before this period were more widely used by prostitutes and showgirls and not the general population. As the decade progressed, the quality of makeup improved. The number of products went from a few dozen to 450 by 1924. By the end of the twenties, there were 1300 brands and shades of face powder, 350 rouges, and a hundred red lipsticks. It was a 52 million dollar industry.

Daisy wore the perfumes Chanel No.5 and Shalimar.

Chanel No.5 was launched in 1921 was and is considered to be the world’s best-selling fragrance since the 1920s.

Jacques Guerlain created Shalimar in 1921, but after another company claimed to have a fragrance by the same name already, Guerlain was forced to rename the fragrance “No. 90” until a legal dispute over the name was settled. Shalimar was re-released in 1925 at the International Exposition of Modern Industrial and Decorative Arts.

Daisy Loved Elizabeth Arden skincare products in the 1920s and used her basic skincare line, including the Venetian Ardena Skin Tonic, Venetian Cleansing Cream, Venetian Special Astringent, Venetian Orange Skin Food, Venetian Muscle Oil, and Venetian Velva Cream – had been available before the First World War. The basic regime did not change much during the 1920s except for the addition of an afternoon treatment which used Venetian Anti-Wrinkle Cream, another astringent cream introduced in 1921.

Elizabeth Arden added some new items to her range and increased the shade range of her existing lines, which included making allowances for the darker skin tones created by the suntanning craze. Daisy’s favorite lipstick was a classic red Elizabeth Arden shade that was available in the 1920s. The packaging of the Ceramide Ultra Lipstick is based on the lipstick design fro the 1920s with the Art Deco-inspired tube.

Tangee was a popular beauty brand in the 1920s and used by Daisy in her daily makeup routine. Tangee Cosmetics started in the 1920s by George William Luft. The name Tangee came from the word tangerine because of the color of the brand’s most iconic product, the Tangee natural lipstick. … During the 1940s, Tangee was featured in Vogue Magazine and became a popular cosmetic line for both adults and teens.

Daisy used this softening lotion every day as a way to keep her skin soft before she applied her makeup. Prized in Japan for over a century, Eudermine is one of Shiseido’s oldest products introduced in 1897. This softening lotion delivers immediate moisture and responds to changes in the climate to keep the skin’s moisture level constant regardless of location or time of year. Subtly perfumed with an accent of rain-washed peonies that seems to relax your entire being. Skin radiates, its softness evoking that of a flower petal. 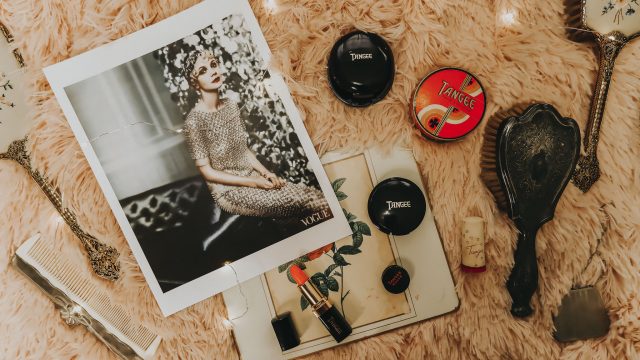 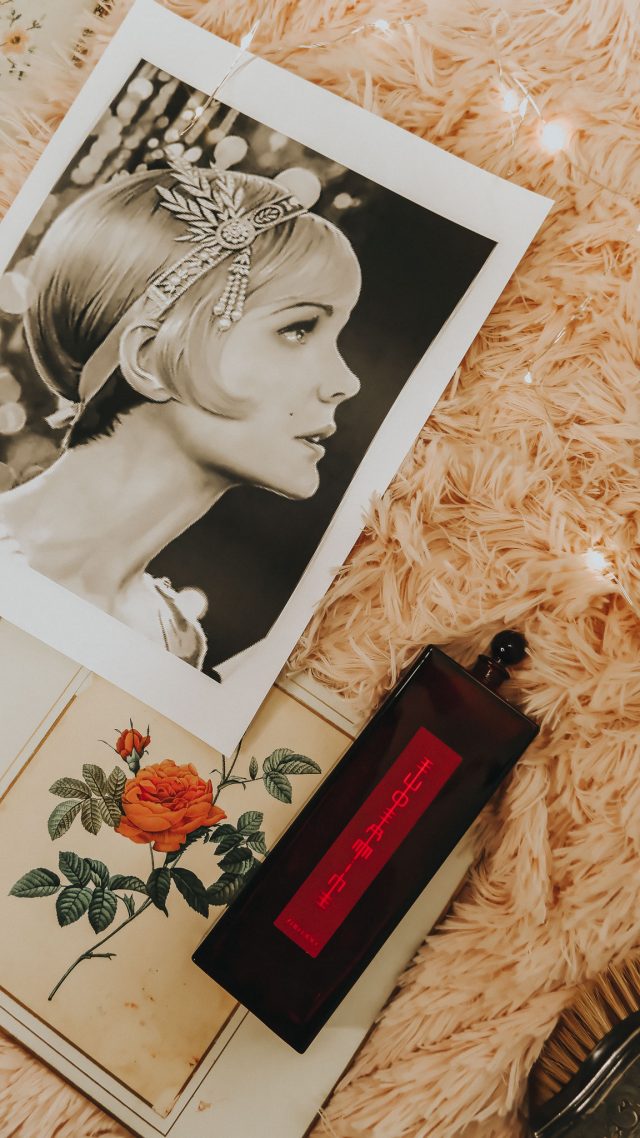 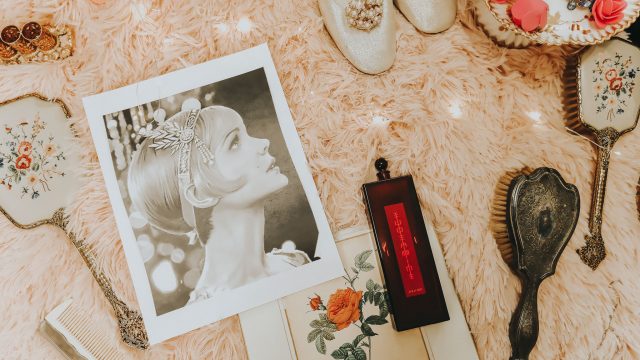 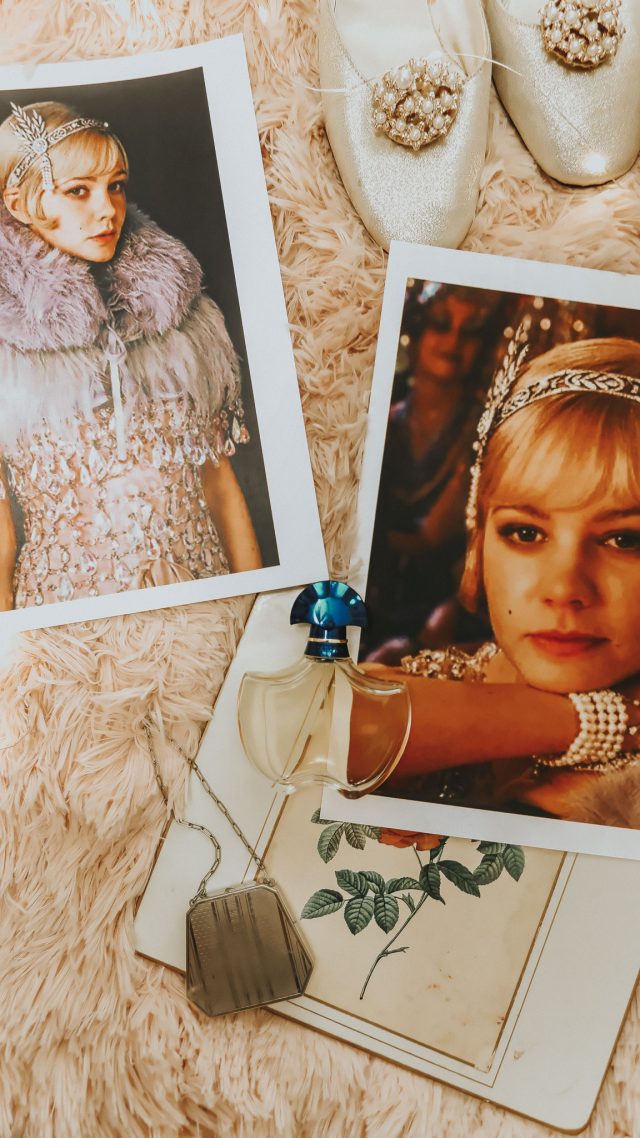 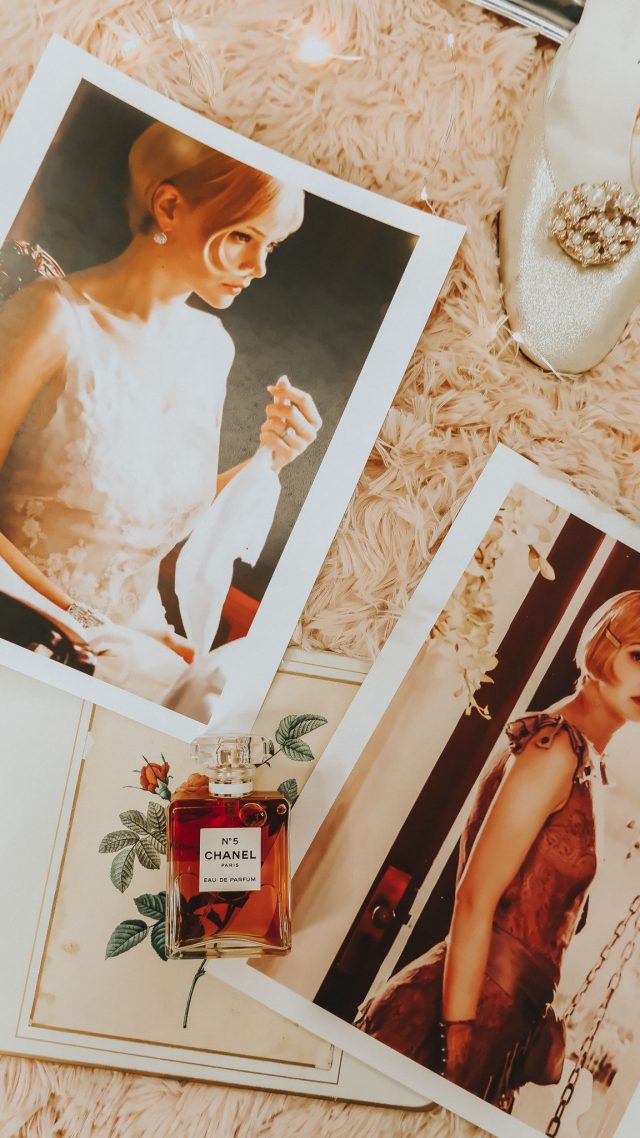 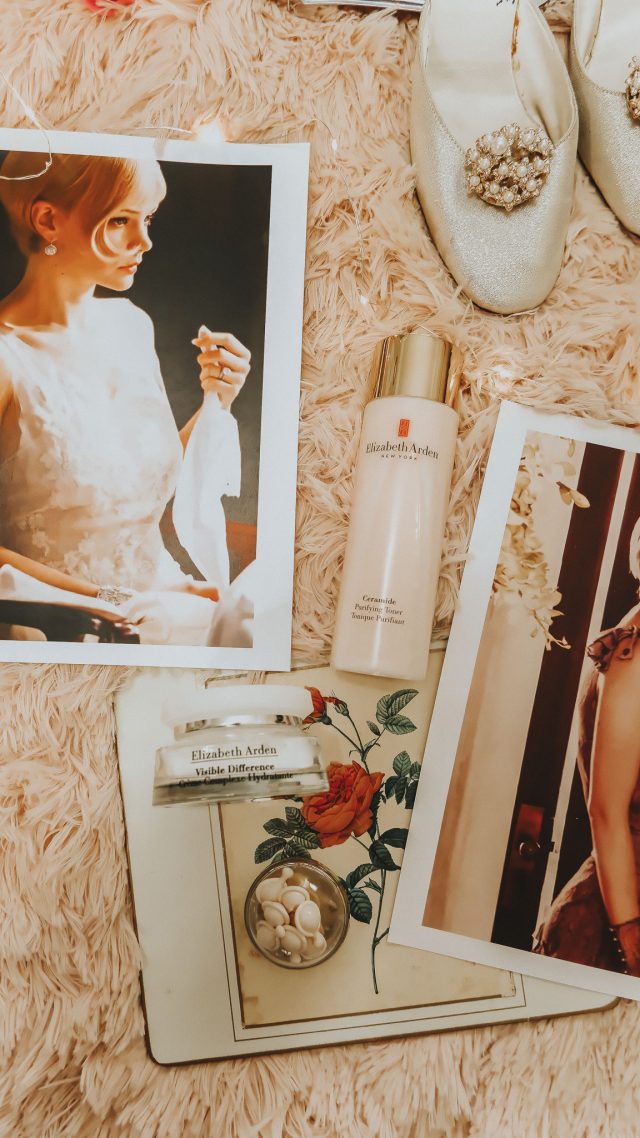 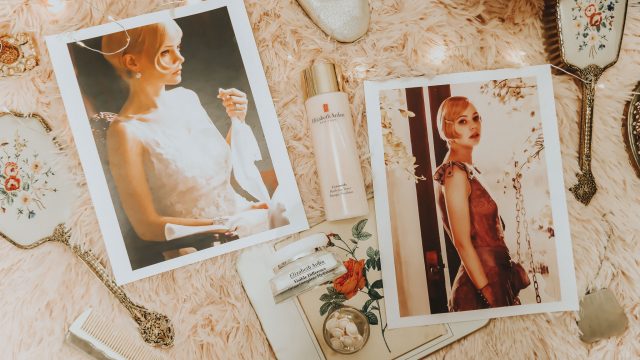 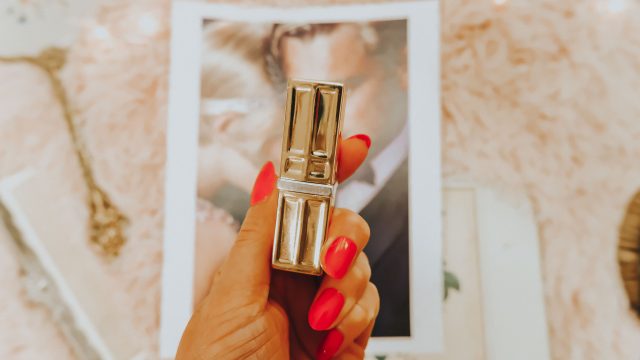 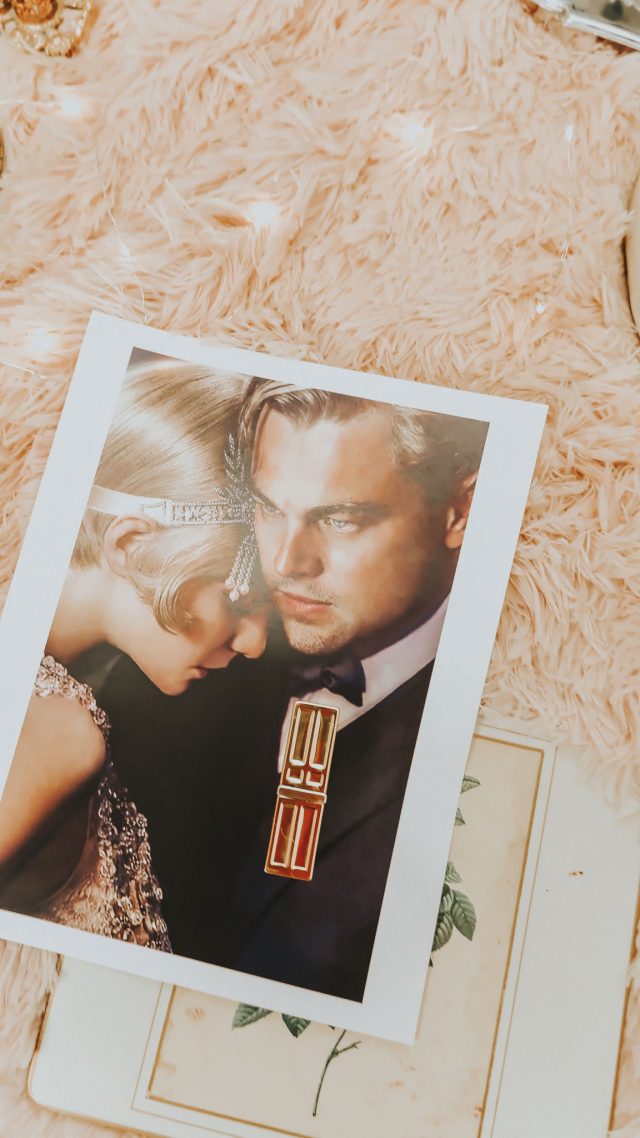 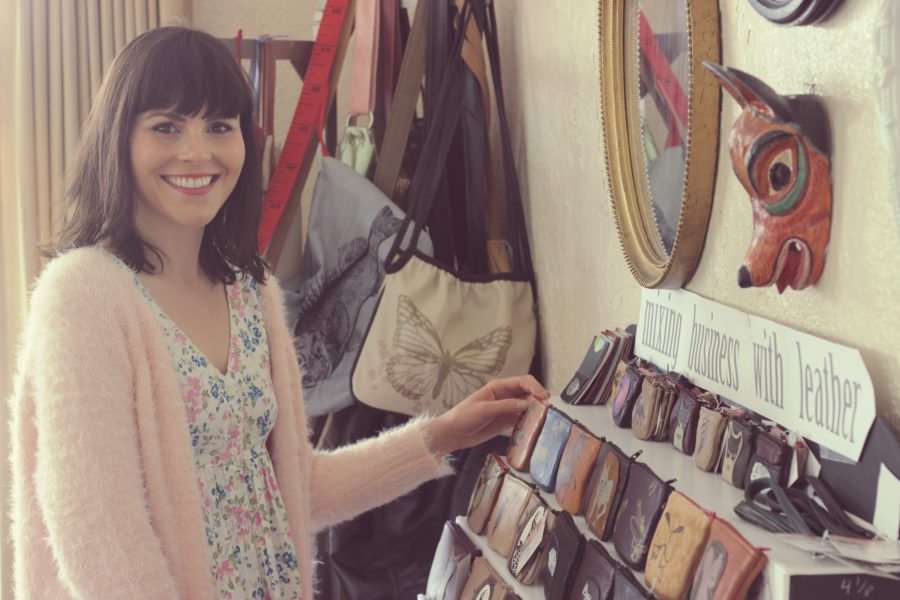 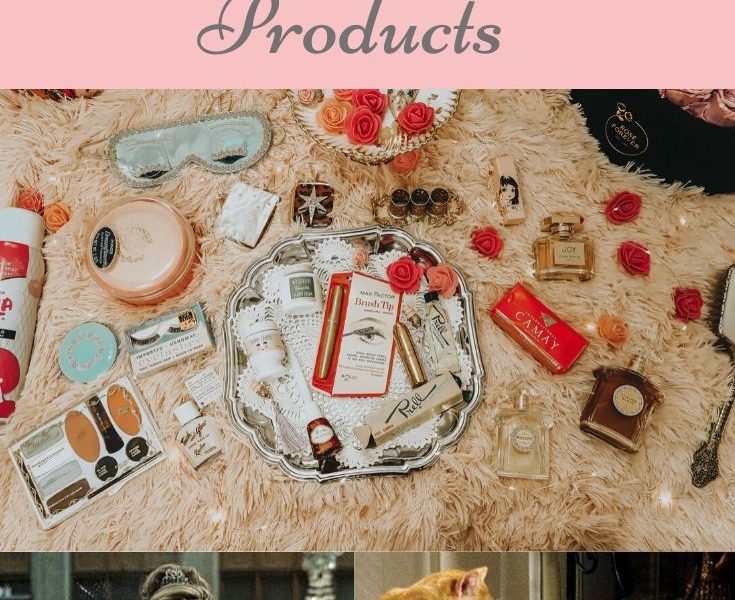 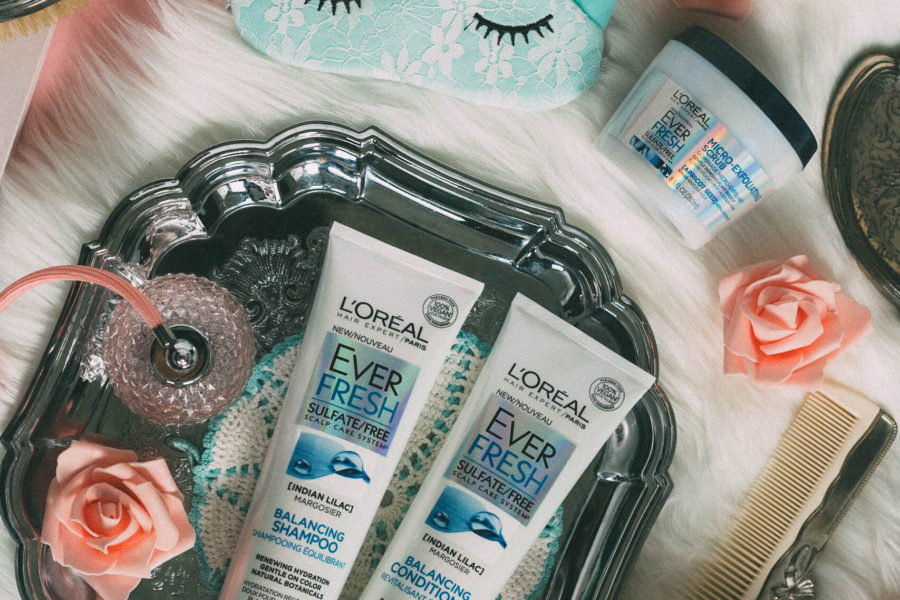