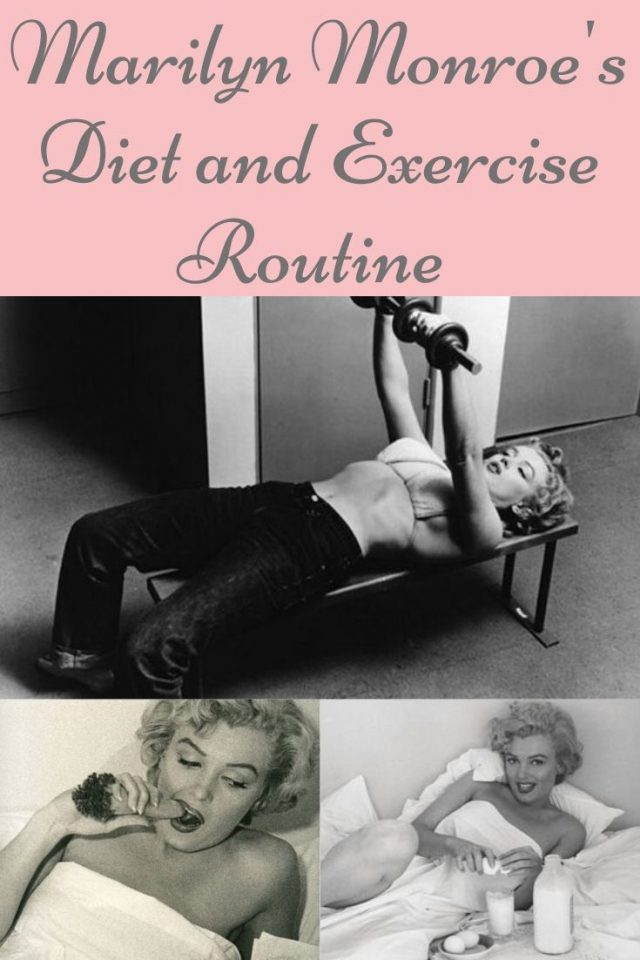 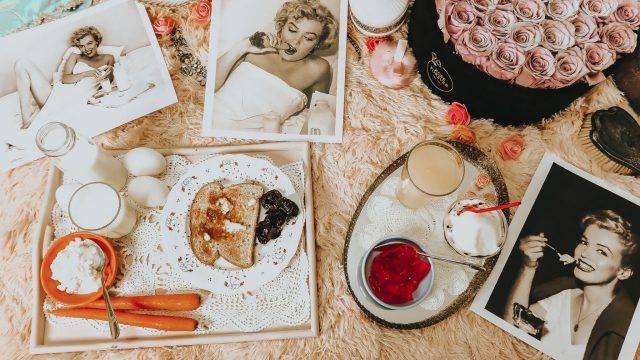 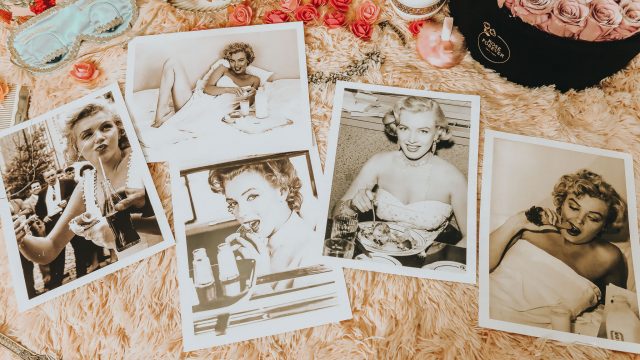 Marilyn describes her light workout routine and her liquid Breakfast of two raw eggs beaten into a glass of warm milk. She consistently ate this for Breakfast, even while traveling. Marilyn never dined out for dinner; instead, she would stop at a market near her hotel for steak, liver, or lamb chops, which she’d broil herself using an electric oven. On the side, she’d eat raw carrots. And when she wanted to treat herself, it was all about an ice cream sundae.

“It’s a good thing, I suppose, that I eat simply during the day, for in recent months I have developed the habit of stopping off at Will Wright’s ice cream parlor for a hot fudge sundae on my way home from my evening drama classes. I’m sure that I couldn’t allow myself this indulgence were it not that my normal diet is composed almost totally of protein foods.”

“Exercise. Each morning after I brush my teeth, wash my face, and shake off the first deep layer of sleep, I lie down on the floor beside my bed and begin my first exercise. It is a simple bust-firming routine that consists of lifting five-pound weights from a spread-eagle arm position to a point directly above my head. I do this 15 times, slowly. I repeat the exercise another 15 times from a position with my arms above my head. Then, with my arms at a 45-degree angle from the floor, I move my weights in circles until I’m tired. I don’t count rhythmically like the exercise people on the radio; I couldn’t stand exercise if I had to feel regimented about it.”

“Frankly, I’ve never considered my own figure so exceptional; until quite recently, I seldom gave it any thought at all. My biggest single concern used to be getting enough to eat. Now I have to worry about eating too much. I never used to bother with exercises. Now I spend at least 10 minutes each morning working out with small weights. I have evolved my own exercises, for the muscles, I wish to keep firm, and I know they are right for me because I can feel them putting the proper muscles into play as I exercise.”

“Sports. I have never cared especially for outdoor sports, and have no desire to excel at tennis, swimming, or golf. I’ll leave those things to the men. Despite its great vogue in California, I don’t think sun-tanned skin is any more attractive than white skin, or any healthier, for that matter. I’m personally opposed to a deep tan because I like to feel blond all over.”
By nature, I suppose I have a languorous disposition. I hate to do things in a hurried, tense atmosphere, and it is virtually impossible for me to spring out of bed in the morning. On Sunday, which is my one day of total leisure, I sometimes take two hours to wake up, luxuriating in every last moment of drowsiness. Depending upon my activities, I sleep between five and ten hours every night. I sleep in an extra-wide single bed, and I use only one heavy down comforter over me, summer or winter. I have never been able to wear pajamas or creepy nightgowns; they disturb my sleep.”

“Breakfast. I’ve been told that my eating habits are absolutely bizarre, but I don’t think so. Before I take my morning shower, I start warming a cup of milk on the hot plate I keep in my hotel room. When it’s hot, I break two raw eggs into the milk, whip them up with a fork, and drink them while I’m dressing. I supplement this with a multi-vitamin pill, and I doubt if any doctor could recommend a more nourishing breakfast for a working girl in a hurry.”

“Dinner. My dinners at home are startlingly simple. Every night I stop at the market near my hotel and pick up a steak, lamb chops or some liver, which I broil in the electric oven in my room. I usually eat four or five raw carrots with my meat, and that is all. I must be part rabbit; I never get bored with raw carrots.”

Meal plan from The Bombshell Manual of Style 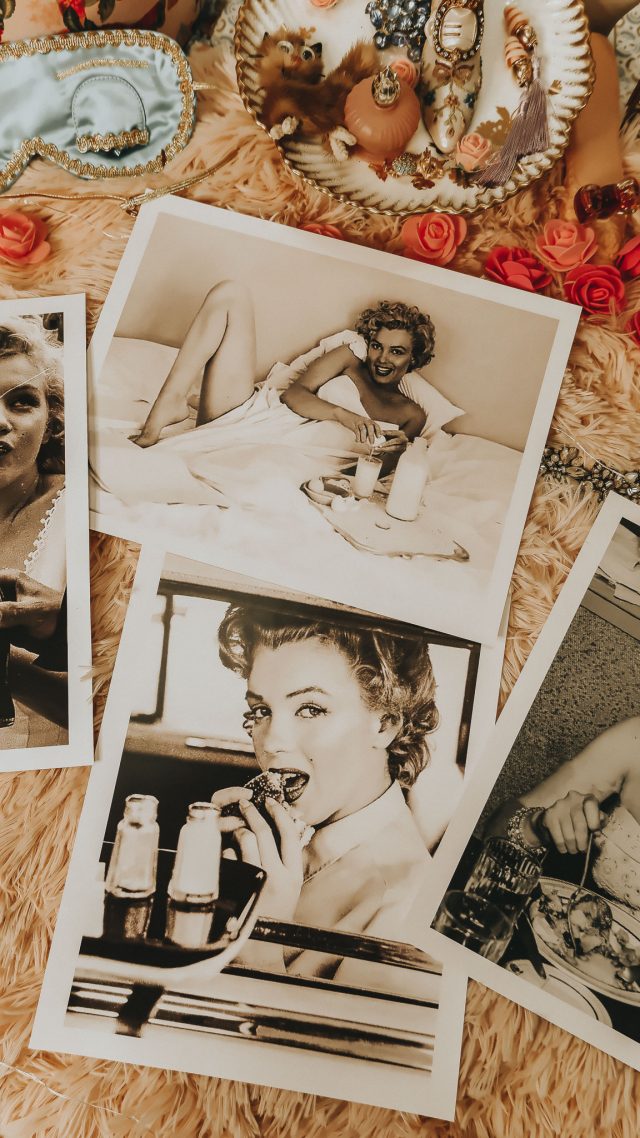 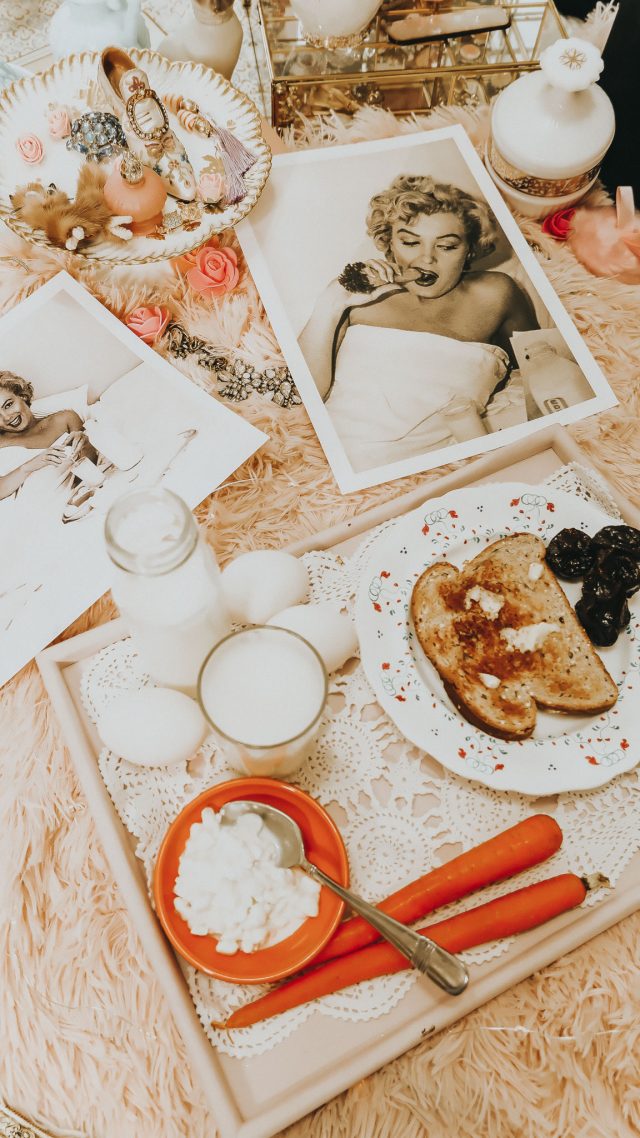 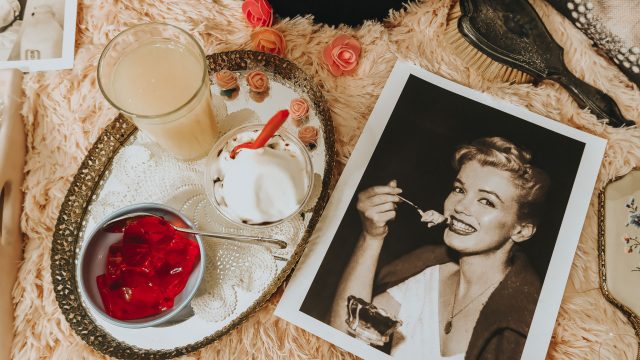 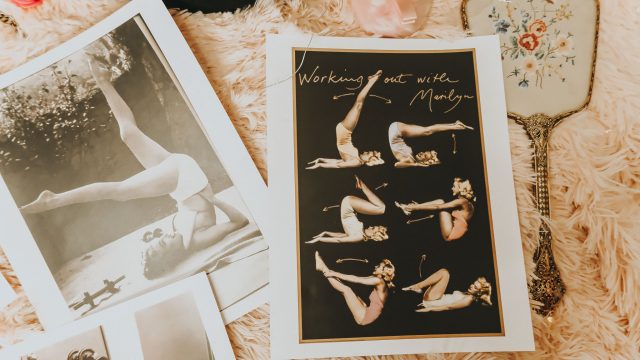 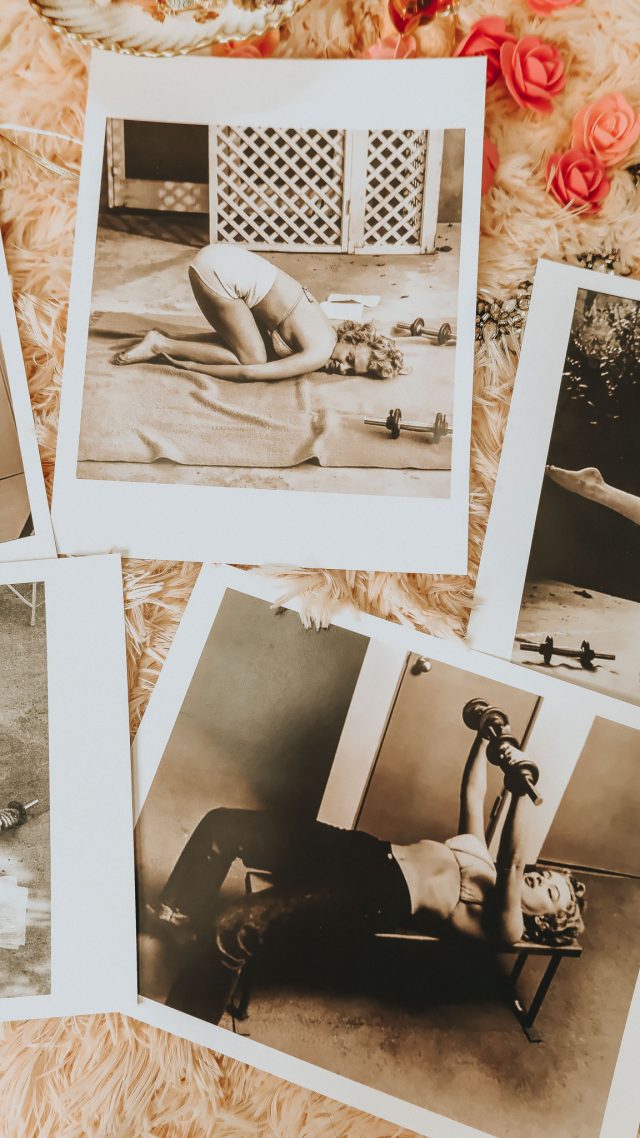 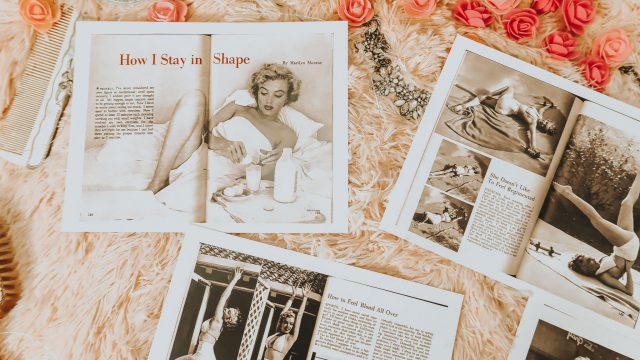 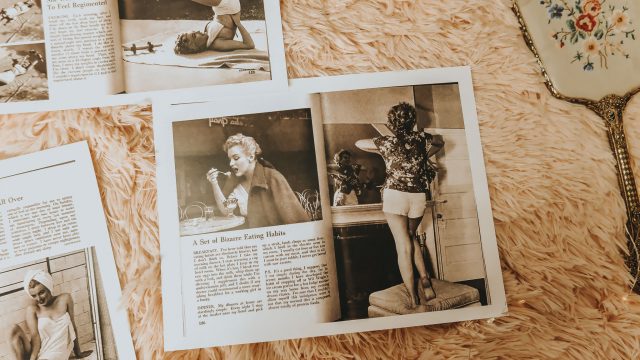 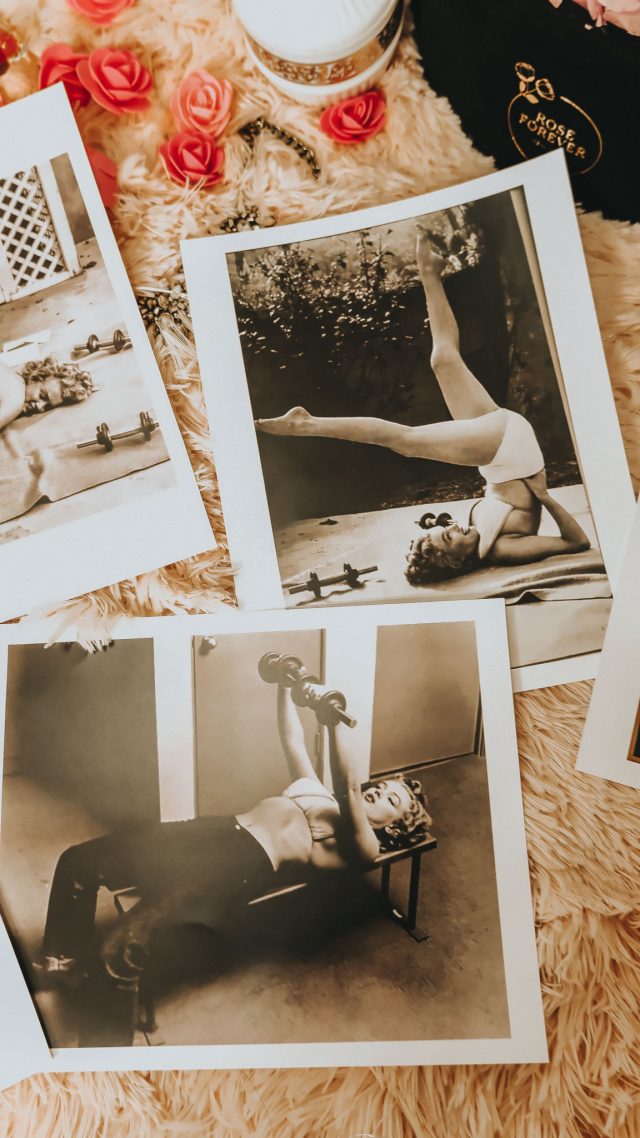 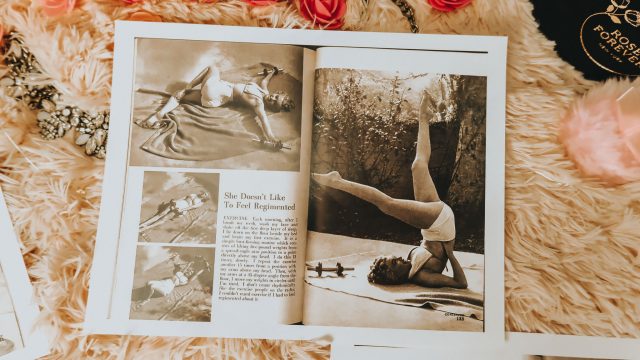 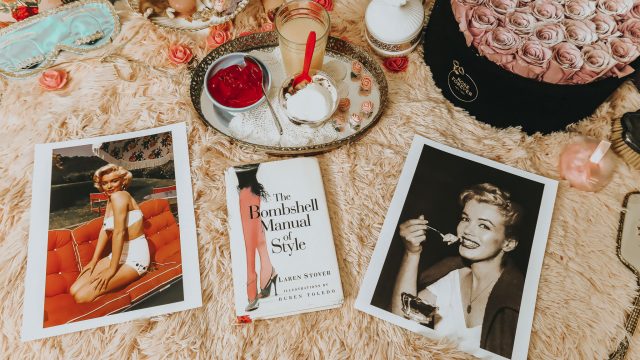 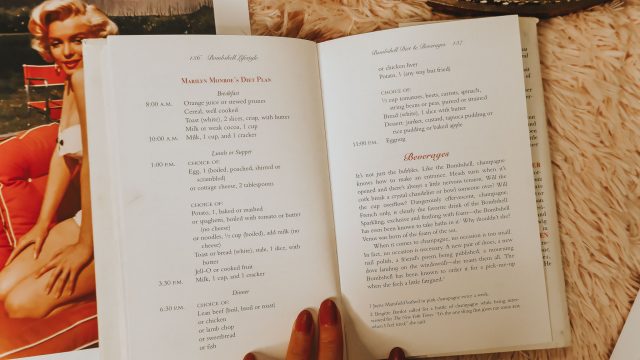 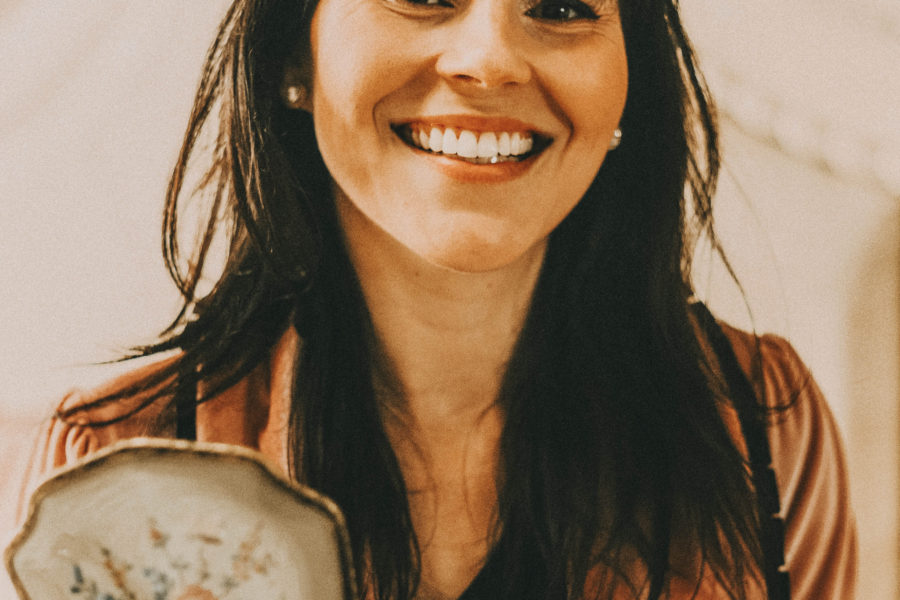 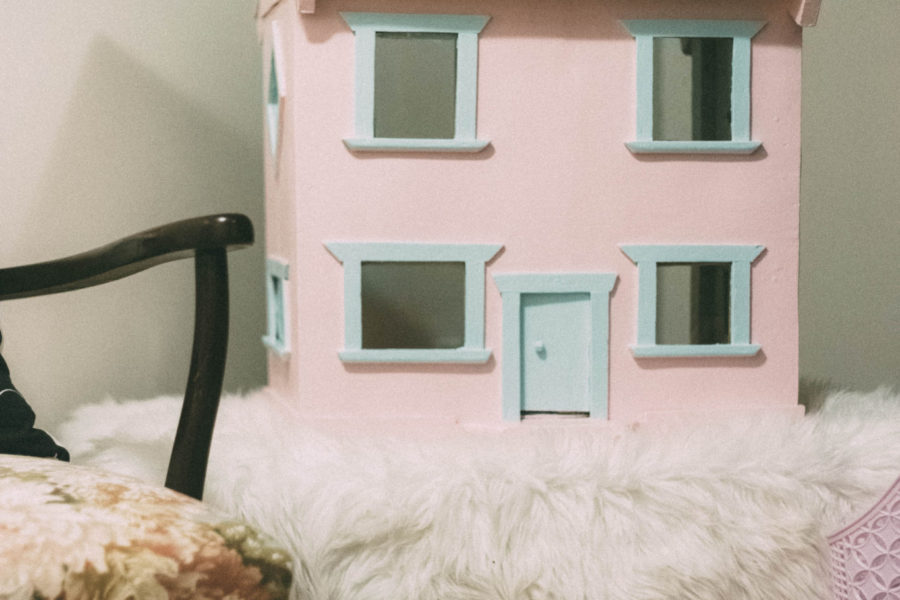 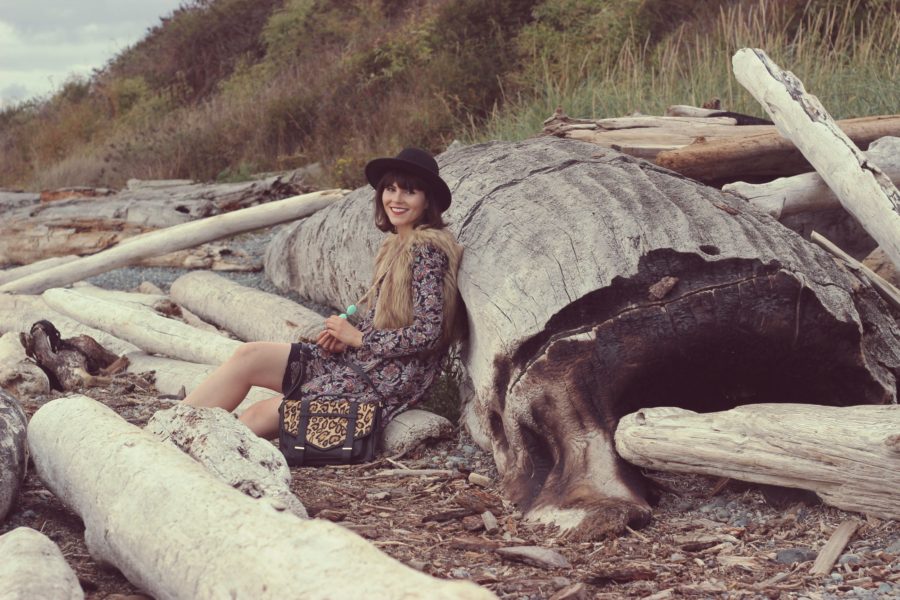 I Walked Down To The Ocean