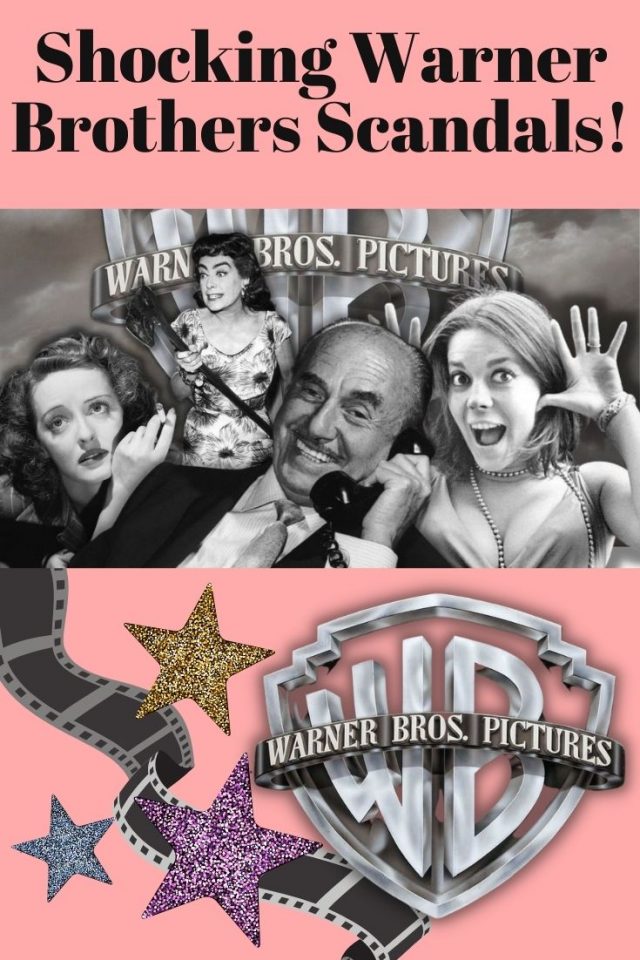 Hello, lovelies, and welcome back to my channel. Today, we take a look at some of Warner Brothers’ most notorious and scandalous stories from their Old Hollywood days, from John Barrymore to the Warner brothers themselves.

The youngest of three siblings, John Barrymore, was born into a family of great theatrical actors: his parents, grandparents, siblings, and aunts and uncles were all actors. (Later, this family tradition would continue with his son and later his granddaughter, Drew Barrymore). He began his career in stage acting in 1903 and eventually transitioned to motion pictures starting in 1913. He was an extremely gifted actor, earning wide acclaim and the title of “the greatest tragedian of his generation.”

But this perfect persona hid a more profound secret: John had been addicted to alcohol since 14. His flamboyant personality often led to outrageous behaviour that took a toll on his career. At the mere age of 15, he was seduced by his own stepmother into sleeping with her. The event had long-lasting implications for his relationships with other women, and he was married a whopping four times, each one ending in his wife serving him divorce papers.

The legendary rivalry between two of the biggest stars on the silver screen started from the very beginning. In 1933, Bette’s first’ name above the title’ movie was completely upstaged by Joan’s divorce–what should have been first-page news was now relegated to a small paragraph, while Joan’s split had pages dedicated to it. The movie, Ex-Lady, was dropped from theatres after only a week.

And this wasn’t the only personal slight inflicted by Joan. A mere two years later in 1935, she stole the man Bette was in love with, costar Franchot Tone, “deliberately and with complete ruthlessness” (according to Bette). Bette won an Oscar for her performance with Franchot in Dangerous, but Joan reportedly refused to congratulate her, even after her new husband called her out.

Joan even took Bette’s ‘leftover’ roles and transformed them into masterpieces–she took roles that Bette would pass on and won her first and only Oscar from one of these roles in 1945. She would famously accept the award in her bed due to feigning illness because she believed she would lose, which drummed up even more publicity.

Their rivalry was pushed to new levels when they had to work together on the set of What Ever Happened to Baby Jane? During a scene where the two characters fought, Bette reportedly hit Joan for honest, hard enough that stitches were needed. Knowing that Bette had a bad back, Joan retaliated by putting weights in her pockets for a scene that involved Bette needing to drag her across the floor and purposefully messing up several takes, so Bette was in excruciating pain.

The movie was a resounding success, and Bette was awarded an Oscar nomination, while Joan was overlooked.

But Joan Crawford still came out on top during the debacle.

Having bet on her costar’s loss, Joan called around to all the nominated actresses who were absent that night and offered to accept the award on their behalf. And, sure enough, when Anne Bancroft was announced as the winner of Best Actress, Crawford got to walk up to the podium and accept the award in front of Bette.

The feud continued until Joan passed away in May of 1977, with Bette famously saying: “You should never say bad things about the dead, you should only say good… Joan Crawford is dead. Good.”

Set in a dystopian, futuristic Britain, A Clockwork Orange follows a teenage boy leading his gang through a spree of terrible crimes. Originally a novel, it was adapted to film and directed by Stanley Kubrick for Warner Brothers.

The film was met with mixed reviews and alarm from critics, most of whom feared the glamorization of violence would lead to real-world violence. And this fear wasn’t unfounded, as a string of incidences involving teenagers brutalizing and killing others followed the film’s release in the UK. Later, the lead actor would admit to watching violent movies with Kubrick and even concentration camp footage to prepare for his role in A Clockwork Orange.

In 1973, Warner Brothers withdrew the film from British release at the request of Stanley Kubrick, who had been receiving death threats and protestors showing up at his house.

Upon release, the film was banned in Brazil, Singapore, South Africa, South Korea, and the Canadian provinces of Alberta and Nova Scotia due to its glorification of violence. The film would eventually be unbanned, with the latest uncut showing in Singapore on October 28th, 2011.

Natalie Woods: A Lifetime of Abuse

Determined to make her daughter a star, her mother pushed little Natalie to the extreme: when she was only seven, her mother pulled the wings off a butterfly to make her cry on cue for a scene. When she was 10, she broke her wrist during a different scene, but her mother convinced her to stay quiet about it. The wrist never healed properly, and Natalie would hide the protruding bone with bracelets for the rest of her life.

This pattern of neglect and abuse continued into her later years. She was brutally attacked and attacked by a ‘powerful, married actor’ when she was only 16. There are rumours that Frank Sinatra took advantage of her at age 15, and the director Nicholas Ray did the same when she worked on his film Rebel Without a Cause. This left her traumatized and terrified of him, but her mother had trained her so thoroughly that she dared not publicly out him.

On November 29th, 1981, she died under mysterious circumstances at age 43, while on a boating trip with her husband, Robert Wagner, her costar Christopher Walken, and the boat’s captain. Sometime during the night, she had somehow made her way into the water and drowned. But what might have been a horrible accident had mysterious undercurrents: she was terrified of water and would never have gone out alone, and two witnesses near the boat had heard a woman scream for help during the night. Many believed that her husband had descended into a drunken rage after accusing Natalie of an affair. The boat captain claims he was instructed not to turn on the searchlights after Natalie went missing for over two and a half hours.

Her death is still one of Hollywood’s biggest mysteries, and we may never know the answer to what happened that night on the boat. If you’d like to learn more about the death of Natalie Woods, I have a video about it on my channel.

The Warner Brothers were four siblings: Harry, Albert, Jack, and Sam Warner. Originally from Poland, they were summarized as the womanizing Jack, the conservative Harry, the quiet Albert, and the visionary Sam. They cooperated well enough and built up their company from humble beginnings in 1905 with a movie project to the titan it is today.

But tragedy soon struck with the sudden death of Sam Warner. He passed away only a day before the premiere of The Jazz Singer, the film industry’s first feature-length talking picture. It was the catalyst of the brothers falling out.

The most strained relationship was that of Harry and Jack due to the dichotomy in their personalities. After Jack deserted his wife for another woman, Harry had exclaimed, “Thank God our mother didn’t live to see this”. Along with the rest of the family, Harry refused to accept Jack’s new wife as a family member, which enraged Jack. Not only that, but Jack was known to have numerous affairs; he was uncaring of what his brothers and new wife thought about it all.

However, their differences continued outside of marital disputes. Harry refused to help the House Un-American Activities Committee during the Red Scare, seeing it as an unfounded threat to all actors. But Jack gleefully served as a “friendly witness” to the HUAC hearings, throwing out the names of Warner Brothers’ rivals in the entertainment industry as possible communists and communist sympathizers that needed to be blackballed. His underhanded and ruthless tactics to get what he wanted to become infamous to those around him. (He even fired his own son from the company after a dispute with his new wife and never spoke to him again). Harry and Jack’s arguments would reach such levels that studio employees once claimed to have seen Harry chase Jack through the studio with a lead pipe, shouting, “I’ll get you for this, you son of a bitch.”

Their biggest falling out was yet to come. In the 1950s, Jack convinced his older Harry and Albert to participate in a joint sale of stocks to put Warner Brothers on the market. But Jack had secretly organized to purchase control of the company. As the company’s largest stockholder, he appointed himself the new company president and effectively pushed Harry and Albert out of business. The brothers would never speak again, and when Harry passed away in 1958, Jack bluntly said, “I didn’t give a shit about Harry.” (Despite saying this, he still prided in the fact that President Eisenhower sent a letter of condolences). 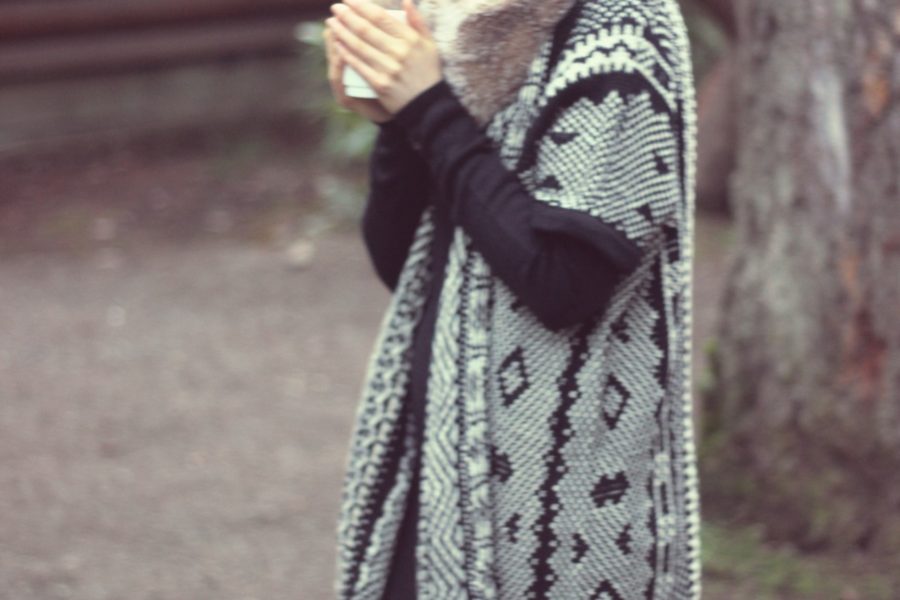 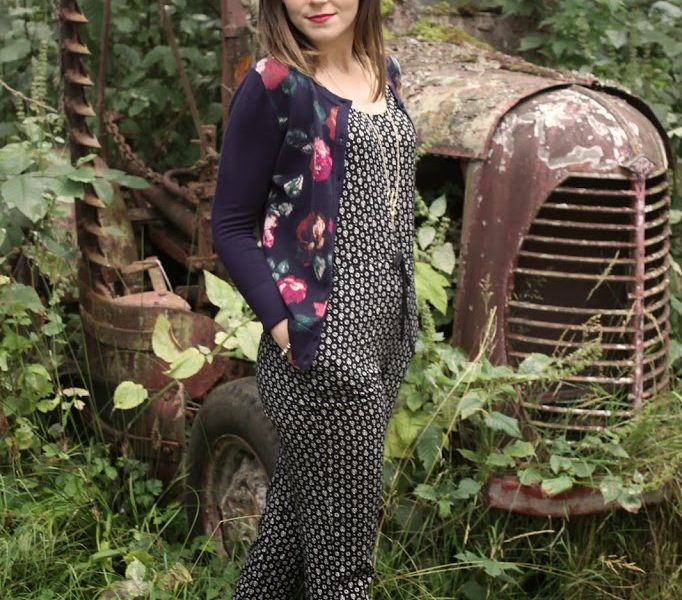