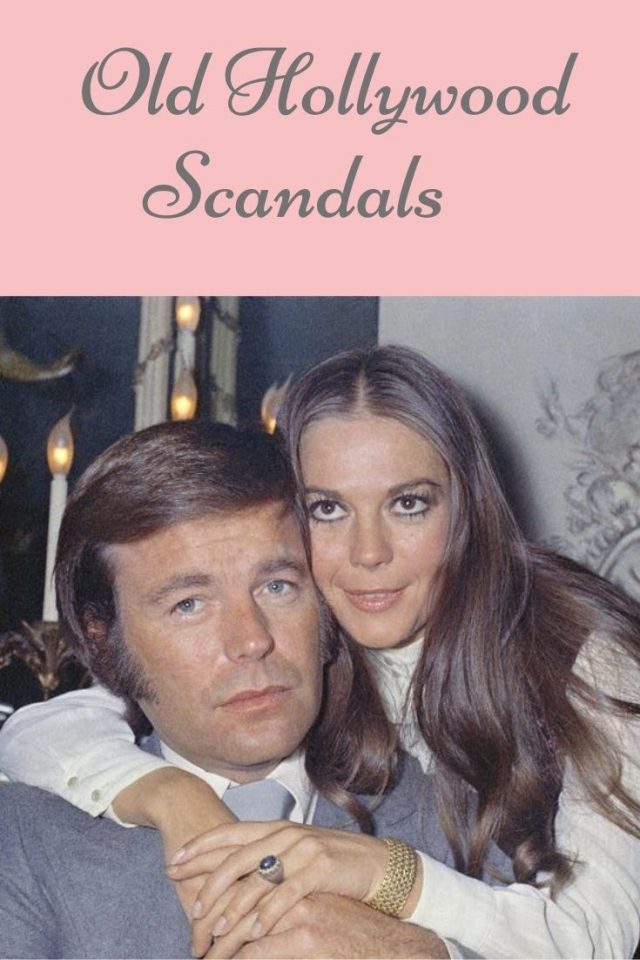 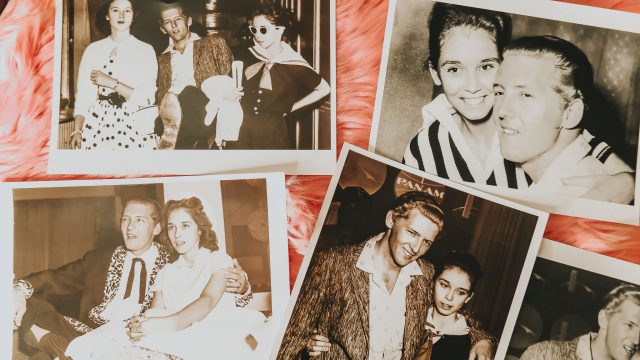 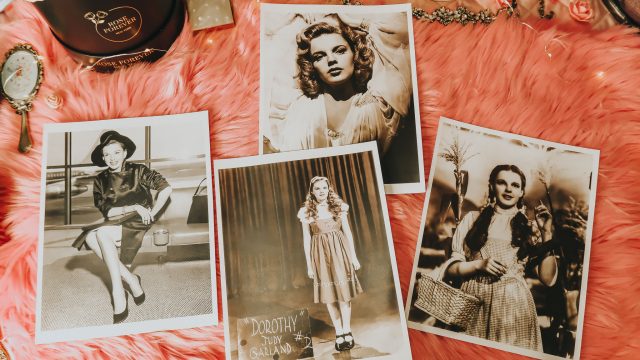 In 1921 Comedian Roscoe “Fatty” Arbuckle was at a party with actress Virginia Rappe, and they ended up in a hotel bedroom together. After guests heard screaming from the room, they rushed in and found Rappe writhing in agony. A few days later, she died with a ruptured bladder, and her friend accused Arbuckle of raping and accidentally killing her. The funnyman was charged with manslaughter and was cleared after three trials.

Jerry Lee Lewis had already been married twice before he wed his cousin, Myra Gale Brown, in 1958. The scandal wasn’t that they were related but that he was 22 and she was 13. She was his first cousin once removed, but it caused his music career to end essentially.

Clark Gable Had A Secret Child

Clark Gable Starred in 1935’s “The Call of the Wild” with Loretta Young. He had an affair with Loretta Young, and they had a daughter together. Loretta Young left the country as soon as she started to show and gave birth in California. His daughter Judy was 31 before learning about the truth about her father.

Charlie Chaplin married two 16-year-old girls. Mildred Harris in 1918, after a pregnancy scare, then Lita Grey in 1924. In 1936, he married 21-year-old Paulette Goddard. In 1943, when Chaplin was 53, he married 18-year-old Oona O’Neill, the daughter of American playwright Eugene O’Neill.

Charlie Chaplin Was Exiled From America

The U.S. Attorney General James P. McGranery believed Chaplin was anti-American. McGranery banned Chaplin from re-entering the country following his 1952 visit to the U.K. to promote his final movie, “Limelight.” Chaplin eventually surrendered his re-entry permit, settled in Switzerland and refused to return to the United States until he received an honorary Academy Award in 1972.

Lana Turner’s Boyfriend Was Found Dead In Her Home

Lana Turner had an abusive relationship with Mobster Johnny Stompanato in the 1950s. In 1958 he was stabbed to death by Lana Turner’s 14-year-old daughter Cheryl Crane who claimed to stab him to protect her from his violence.

Struggling actress Peg Entwistle failed to hit the big time in Hollywood, only getting minor roles in the depths of the Great Depression and experiencing a run of bad luck. Her career disappointments, combined with the breakdown of her marriage and ongoing mental illness, lead to her tragic death in September 1932. Entwistle took her own life by jumping off the “H” on the Hollywood sign.

In 2016, actress Tippi Hedren accused director Alfred Hitchcock of harassment, claiming that he grabbed her, tried to kiss her and had a secret door installed between his office and her dressing room. In Hedren’s autobiography, “Tippi: A Memoir,” she wrote that Hitchcock would “find some way to express his obsession with me as if I owed it to him to reciprocate somehow.”

Hitchcock’s long-reported obsession with Hedren was the central plot of the 2012 movie, “The Girl,” which didn’t portray the famed director in a positive light.

Pola Negri Hosted A Photo-Op At Her Boyfriend’s Funeral

It’s not only today’s social media devotees who’re obsessed with setting up the perfect photo opportunity. Silent movie star Pola Negri gave photographers everything they could ask for at the funeral for her lover, Rudolph Valentino. Negri fainted not once, not twice, but three times — the second time onto Valentino’s coffin, where she dramatically declared that he had proposed to her and called herself his widow. Her final blackout took place in front of the $2,000 flower arrangement that spelled out her first name in red and white roses.

Ingrid Bergman Had A Scandalous Affair

When wholesome actress Ingrid Bergman started an affair with director Roberto Rossellini, she was married to doctor Petter Lindström. Despite the couple divorcing so the “Casablanca” star and Rossellini could be together, the public couldn’t get over the scandal, which was intensified when Bergman had a child with Rossellini out of wedlock.

A Colorado senator even called Bergman “a powerful influence for evil.” Meanwhile, Rossellini didn’t get off lightly; he was named a “Nazi collaborator inspired by cocaine.” Their romance spurred some government officials to try to start a system where actors would be banned from working if they engaged in illicit activities. Can you imagine if they’d been successful?

Jackie Coogan, who starred alongside Charlie Chaplin in “The Kid,” made 19 films before his 18th birthday. But of the estimated $4 million he earned from them, his parents refused to give him a cent. Coogan sued them for the money in 1938, but after paying his legal fees, he was left with only $126,000. However, his case was instrumental in creating the California Child Actors’ Bill, which protects some of a child actor’s earnings until they turn 21.

The Bulletproof Man Got Shot

The death of George Reeves, who’s best known for playing Clark Kent/Superman in the 1950s TV series, was ruled a suicide. But it remains shrouded in mystery to this day. Reeves was found dead in his California home with a gunshot wound in his head, not long after he had broken off an affair with Toni Mannix, the wife of infamous MGM “fixer” Eddie Mannix. Mannix was known for making problems disappear — is that what he did with Reeves?

The story was the basis for the 2006 film, “Hollywoodland,” in which Ben Affleck played reeves.

In November 1924, movie pioneer Thomas Ince attended a party on business mogul William Randolph Hearst’s private yacht. His early departure from the festivities had, on the face of it, a simple explanation: an upset stomach. Things took a severe turn when Ince died several days later, reportedly by natural causes. However, the Hollywood rumour mill quickly generated other ideas. Hearst, who suspected his wife of having an affair with Charlie Chaplin (who was also on board the yacht), accidentally shot Ince instead of Chaplin.

The most persistent rumour to plague legendary “Whatever Happened to Baby Jane?” actress Joan Crawford throughout her career was that she starred in a sex tape when she was starting in Hollywood. Apparently, in 1935, film company MGM was blackmailed into paying $100,000 for the footage, following which the single existing copy was destroyed.

The film, known as “The Casting Couch,” showed aspiring actors and actresses at a Hollywood party, where they act out scenes from different movies. Crawford played an amateur actress named Gloria.

Judy Garland Was Forced To Starve Herself

Playing Dorothy Gale in “The Wizard of Oz” made her a teen superstar, but things were far from perfect behind the scenes for Judy Garland. The pressure on young women actors like Garland to become (and stay) thin was intense and often left a lifelong, devastating legacy. Garland’s treatment at the hands of MGM’s studio head, Louis B. Mayer, (she was reportedly allowed only black coffee and chicken soup, plus 80 cigarettes a day and a cocktail of pills) triggered an eating disorder and arguably contributed to her death, at age 47, from an accidental drug overdose.

In the 1920s (and for a long time after), bisexuality was a dirty word in Hollywood. To refute rumours of an affair, Greta Garbo and Marlene Dietrich denied having ever met each other. Both Garbo and Dietrich were significant stars, being nominated for Oscars in the 1930s. But intensive research by author and film historian Diana McLellan uncovered evidence of a possible affair during the filming of the 1925 silent German movie “The Joyless Street.”

Actress Joan Bennett starred in 1933’s “Little Women,” alongside Katharine Hepburn, and married the film’s producer, Walter Wanger. In 1951, Bennett found herself at the center of a scandal after Wanger witnessed her chatting to her long-time agent, Jennings Lang. Overcome with jealousy; Wanger reportedly started firing a gun at Lang’s groin. Lang recovered in the hospital, Wanger served four months in jail, and Bennett’s career took a nosedive.

Elizabeth Taylor Had An Affair With Debbie Reynolds’ Husband

“I was the last to find out about the affair,” Reynolds told the Daily Mail in 2010. “Although I didn’t want to find out the truth, I had to face up to it,” Reynolds said. “It left me shattered.” Taylor and Reynolds went several years without speaking to each other but salvaged their friendship after meeting by chance on the Queen Elizabeth ocean liner in 1966.

Actresses Were Forced To Have Abortions

In case you hadn’t noticed, Old Hollywood was a dark place behind the scenes. The film studios controlled every aspect of the actors’ lives, with women suffering even more than men. Sex symbols were all discouraged from getting married, and getting pregnant was a definite no-no. If it did happen, they were put under extreme pressure to get an abortion. Many actresses, including Bette Davis (pictured below), Lana Turner, Judy Garland and Joan Crawford, reportedly had abortions after studio bosses turned the screws.

Three People Died On The Set Of One Movie

Tragedy struck on the California set of “Twilight Zone: The Movie.” During a scene set during the Vietnam war, a helicopter hit a stunt explosion and crashed, killing actor Vic Morrow and the two child actors he was working with, Renee Shinn Chen and Myca Dinh Le. The film’s co-director, John Landis, and four other men working on the Steven Spielberg-produced film, including the special-effects coordinator and the helicopter pilot, were charged with involuntary manslaughter.

It was the first time a film director had faced criminal charges for events that occurred while making a movie. All five defendants were acquitted in 1987 following a 10-month trial.

By the time Natalie Wood was 25, she had three Oscar nominations under her belt. But she may forever be best known for drowning under mysterious circumstances. Wood, age 43, was on a boat ride with her husband, actor Robert Wagner, and her “Brainstorm” co-star and rumoured lover, Christopher Walken. Her 1981 death was initially ruled as accidental, but after new evidence about Wood and Wagner’s argument the night she died came to light, the case was reopened. During a press conference in February 2018, the Los Angeles sheriff’s department said they were “still working” on the issue.

Carol Brady’s Date With Her ‘Son’

Let’s lighten things up with the time that Carol Brady dated her son. Except she didn’t. Florence Henderson, who played Carol in the beloved 1970s TV show “The Brady Bunch,” went on a date with Barry Williams, who played her eldest son, Greg, on the show. In his 1992 autobiography, “Growing Up Brady: I Was a Teenage Greg,” Williams revealed that he was fascinated with his TV mom. When he was 16, and she was 36, they went to a restaurant for dinner. However, it’s worth noting that the “date” ended with a peck on the cheek, at which point Henderson went home to her husband and four kids.”I had no idea that he intended to ‘date’ me,” Henderson said. “It made for a good story, though!” 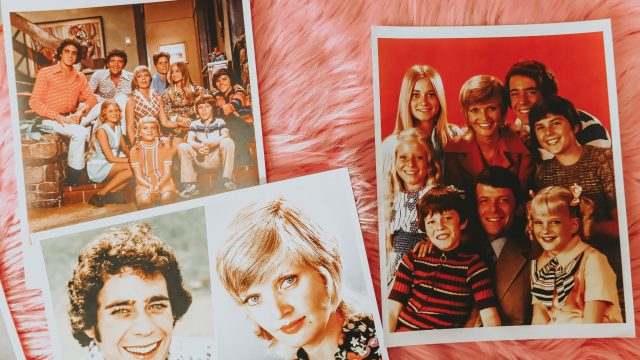 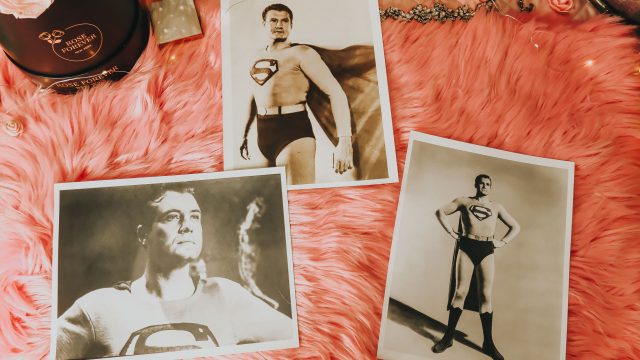 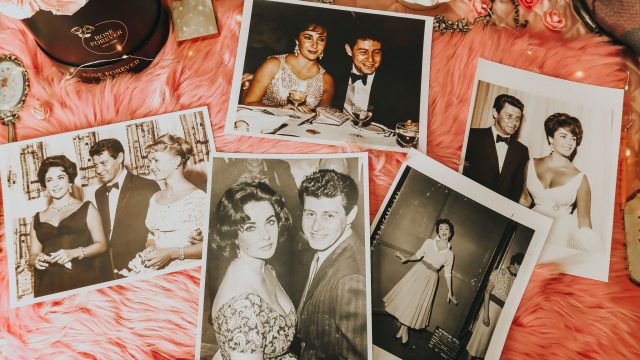 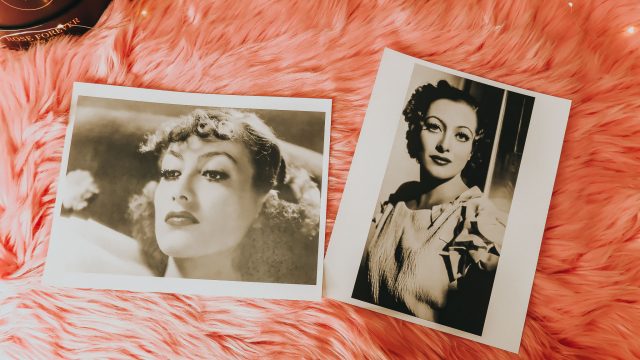 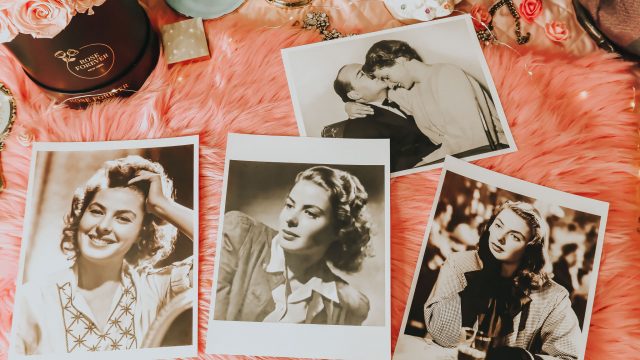 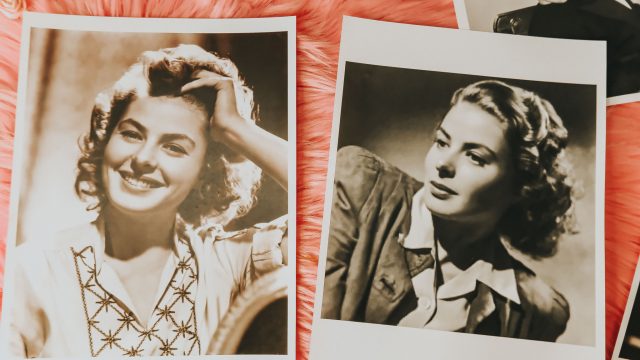 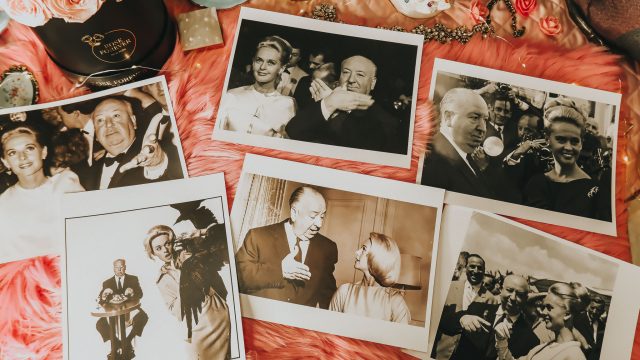 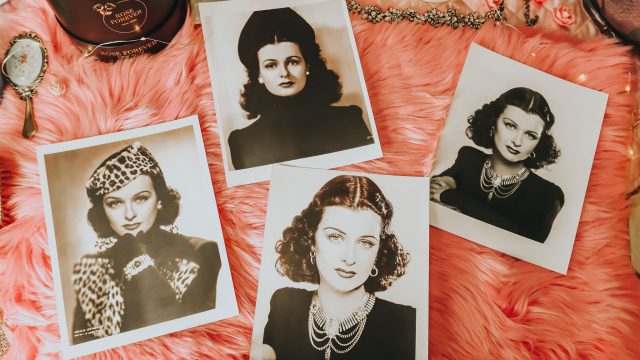 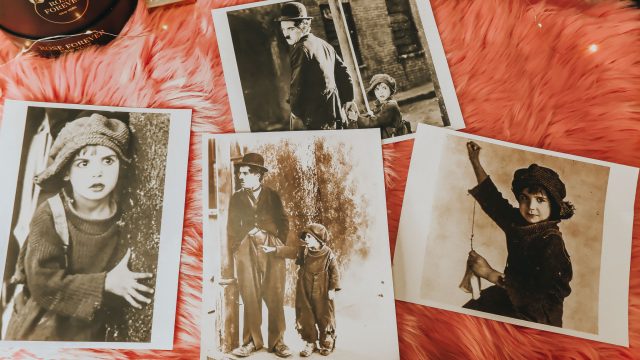 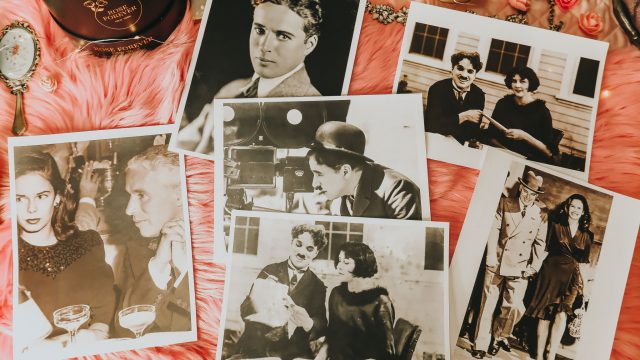 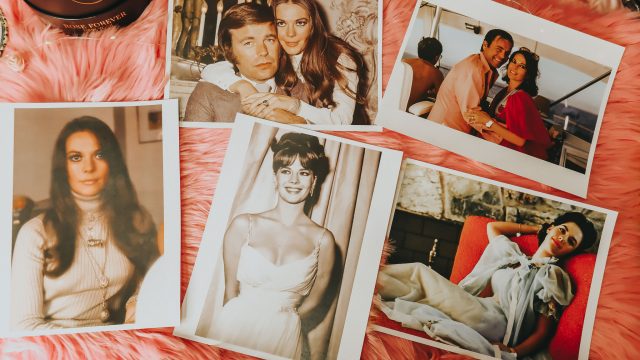 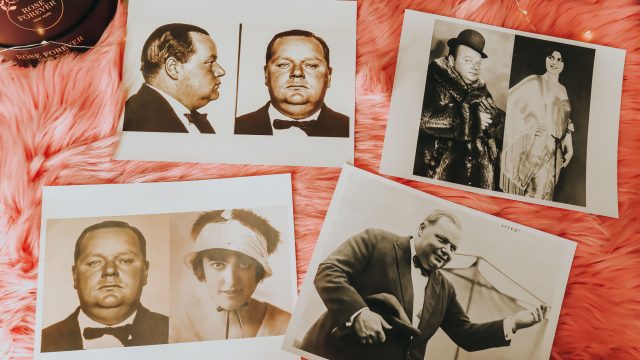 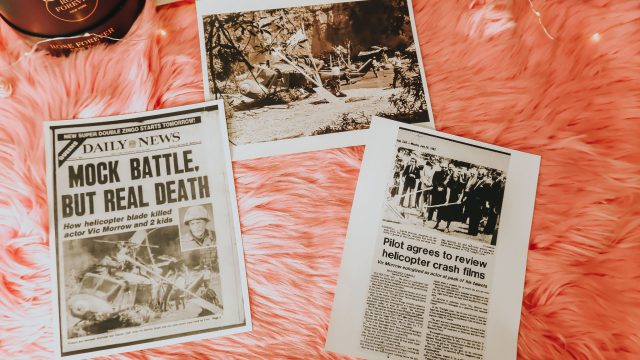 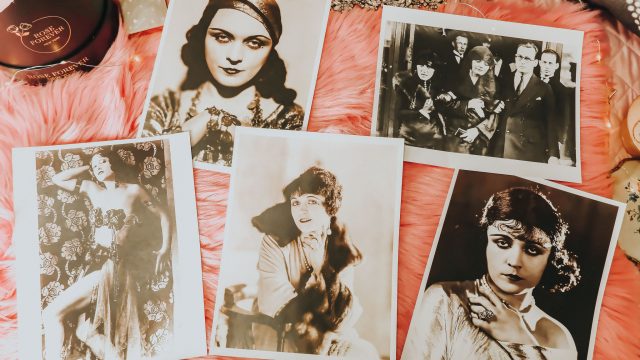 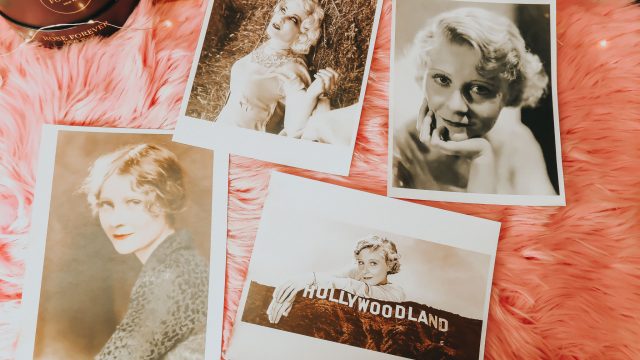 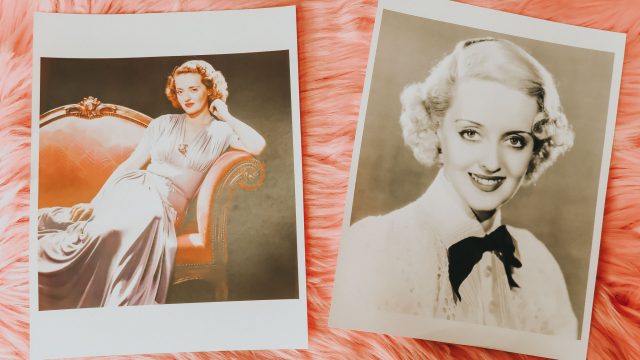 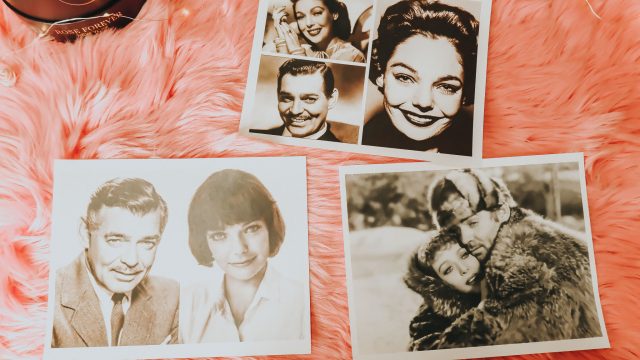 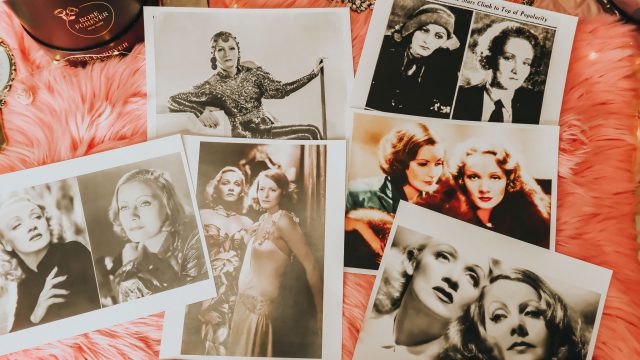 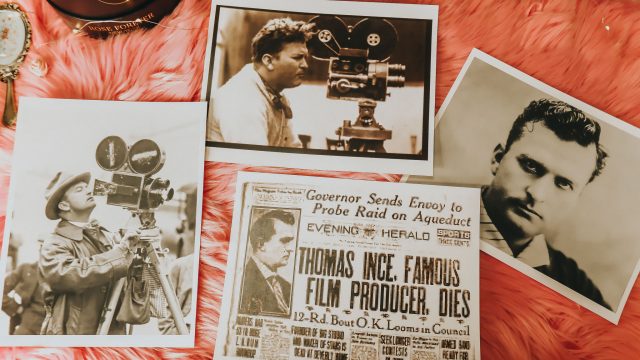 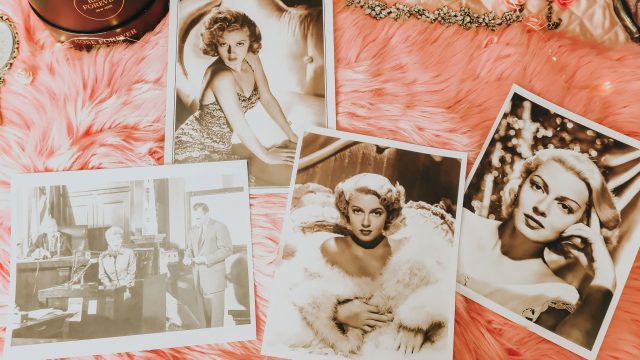 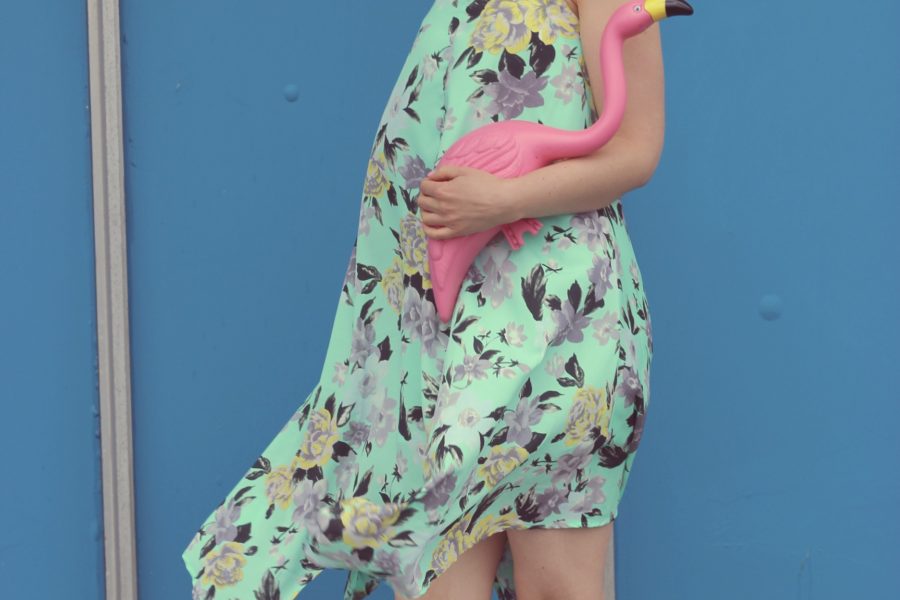 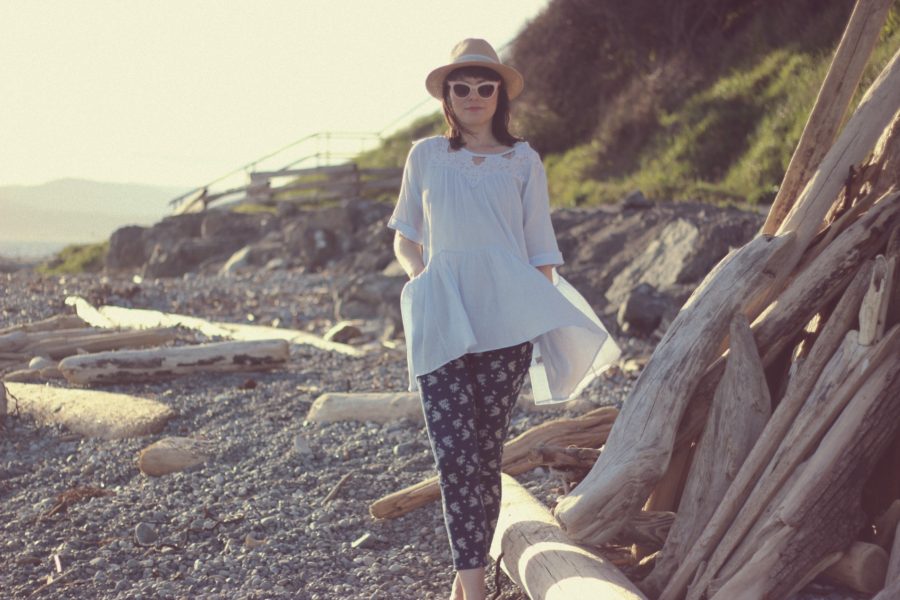 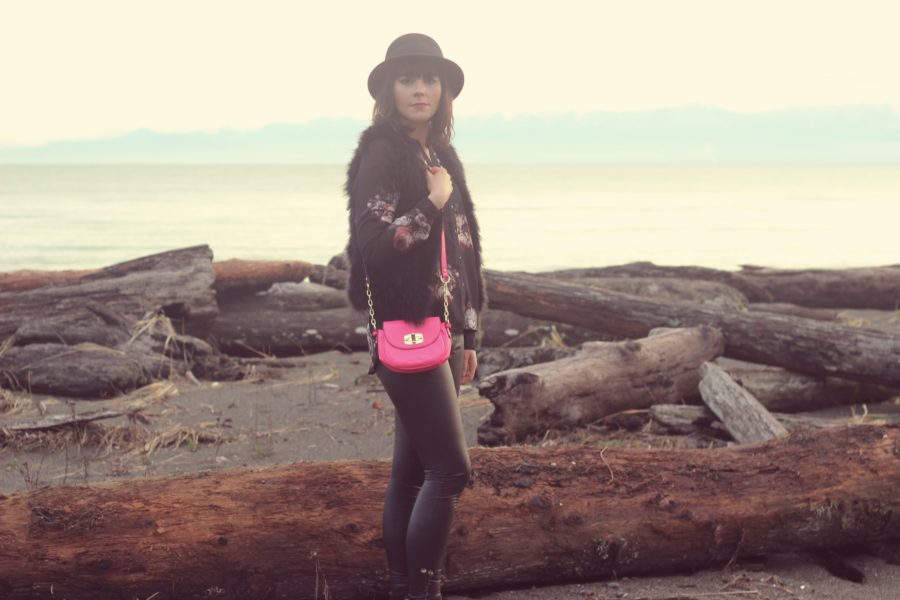