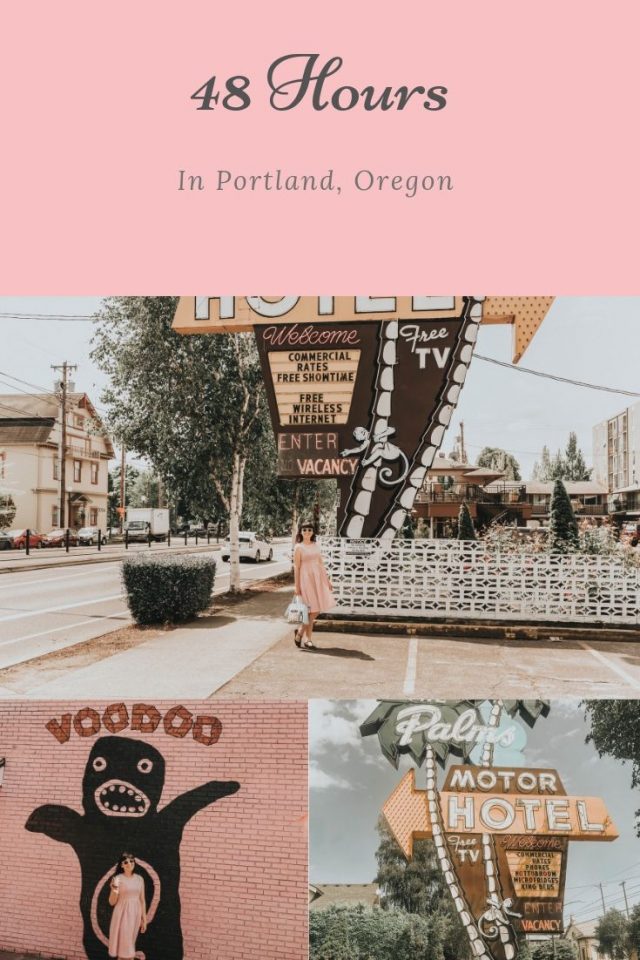 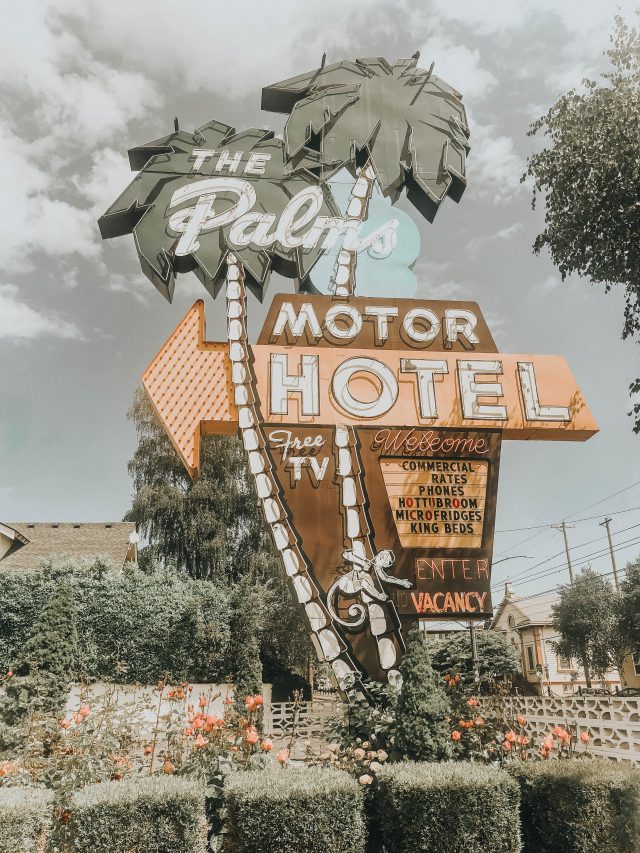 I guess you could say I am the type of person who would stay in a motel based on the neon sign. I was pretty nervous about staying at The Palms Motel in Portland because some of the reviews were pretty bad, but I was willing to take a chance because of the location and that beautiful neon sign. I was thrilled with my stay at The Palms because our room was clean and I didn’t get bed bugs or weird random bug bights. My expectations were pretty low based on some of the reviews, so when I checked into the motel, I realized that everything was clean and the bed had fresh sheets, so I was happy. The best part about the motel was the convenient location. It was only a block to Taco Bell and apparently, in the State of Oregon it is legal to walk through the drive-thru on foot which came in handy for our late night Taco Bell run. There is no Taco Bell in Victoria, so it is a novelty to me. We were also in walking distance to so many unique neighborhoods, and restaurants like this incredible vintage tiki bar from the 1940s called The Alibi, which was incredible! We ordered this massive tiki bowl for $28 which was the equivalent to 6 drinks. We were also within walking distance to the Old Mississippi district, which was filled with unique restaurants and vintage houses. We walked the equivalent to 20 miles in one day, exploring the entire city. Our first meal of the day was brunch at Cadillac Cafe, we then ventured over to Voodoo Doughnuts for an afternoon snack. After that, we made our way over the bridge and had a few drinks on the rooftop of The Society Hotel. For Dinner, we went to a fantastic dumpling restaurant called XLB. I am so excited because we are heading back to Portland in August to see Marc Maron and we will have more time to explore the city. I also want to make a quick stop in Astoria to do the truffle shuffle at the Goonies house because that has been a life long dream of mine. 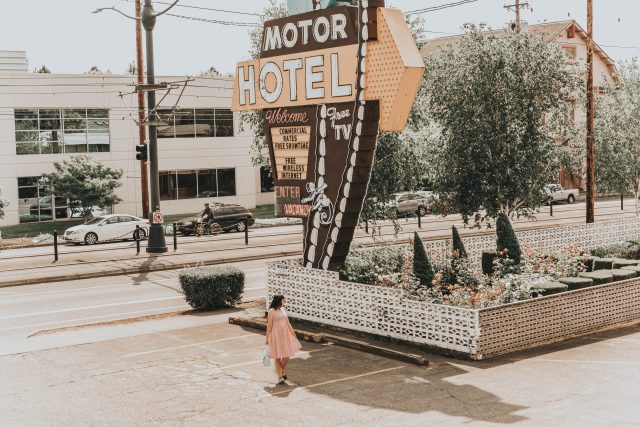 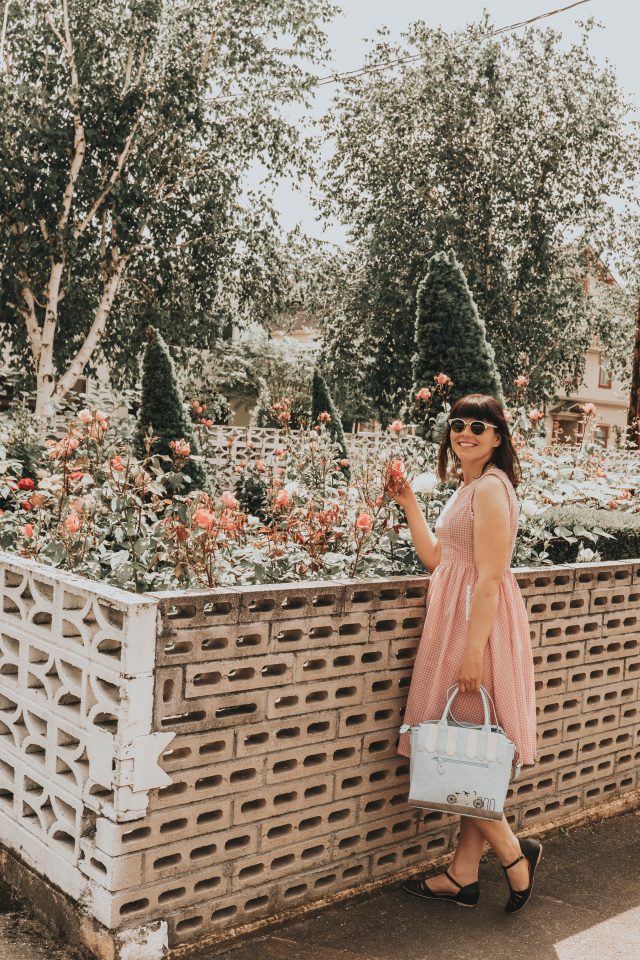 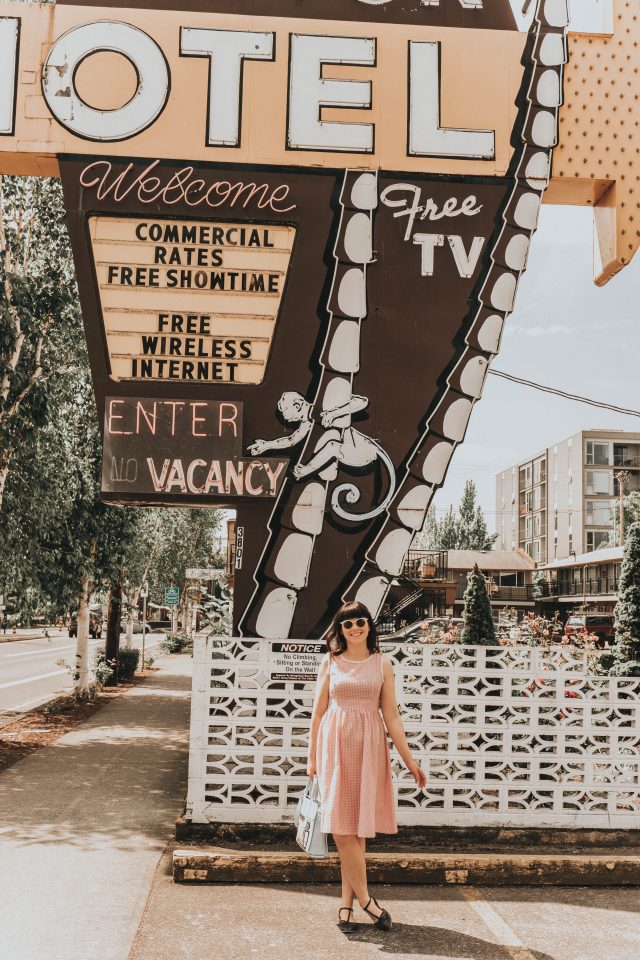 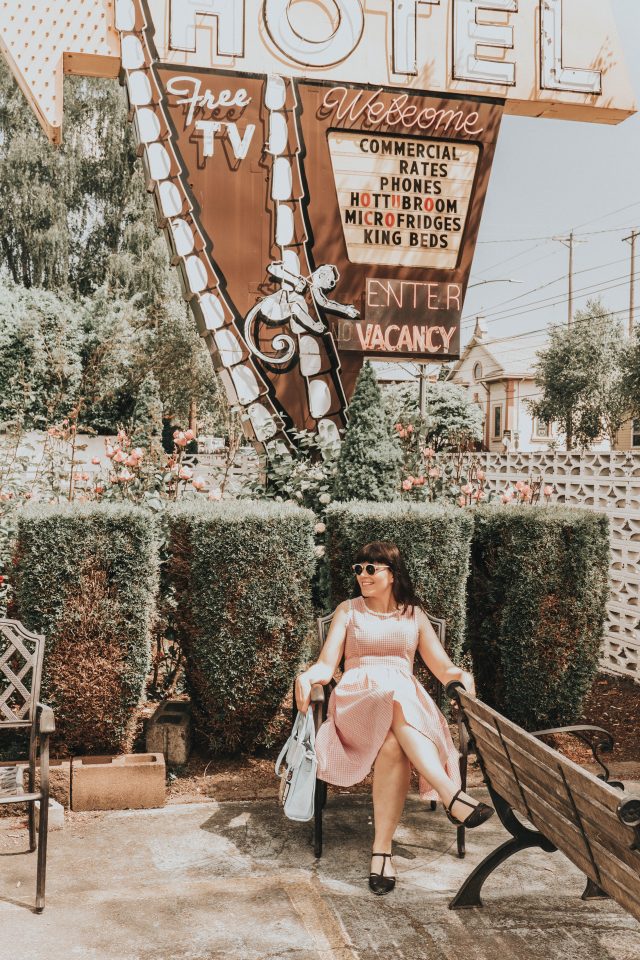 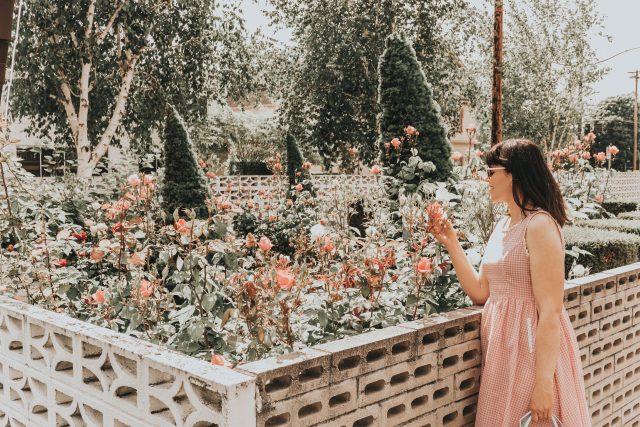 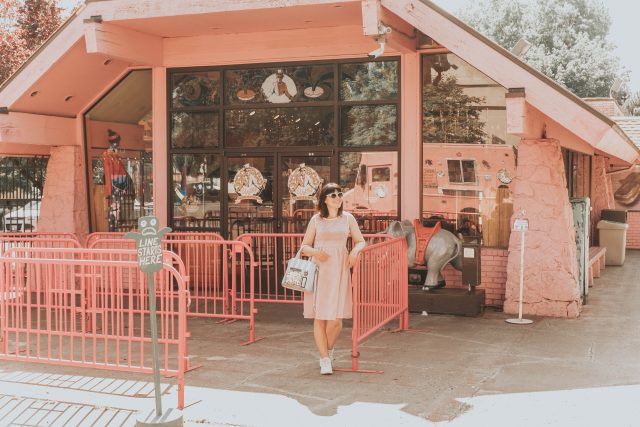 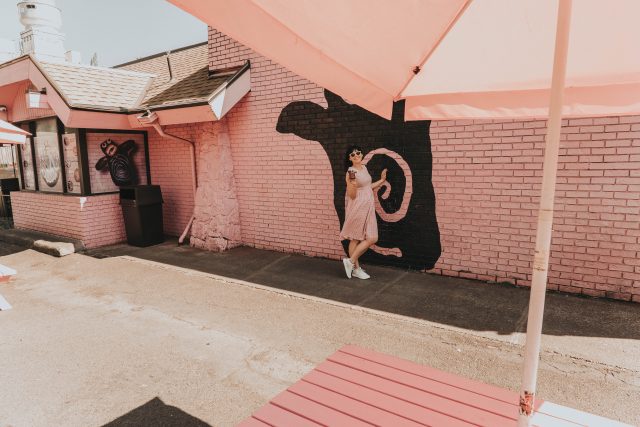 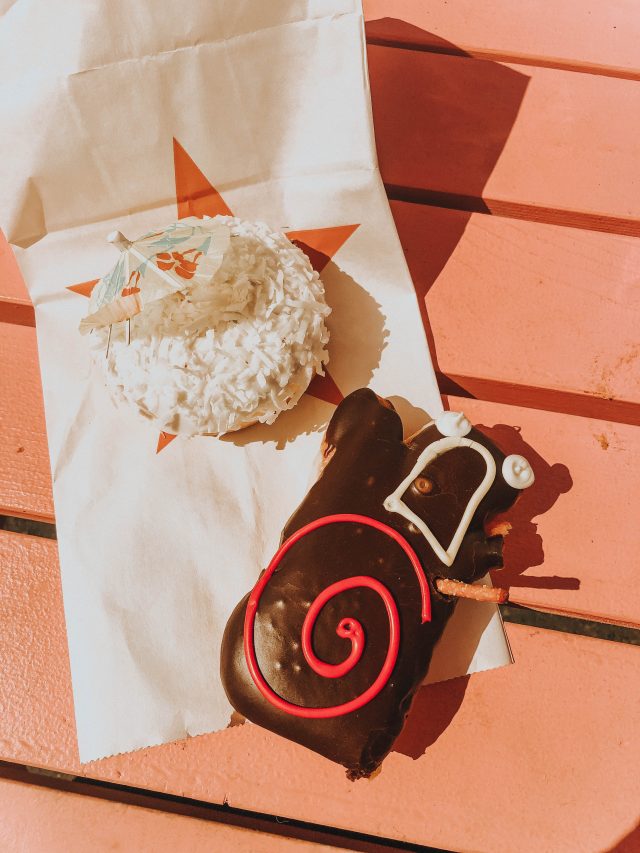 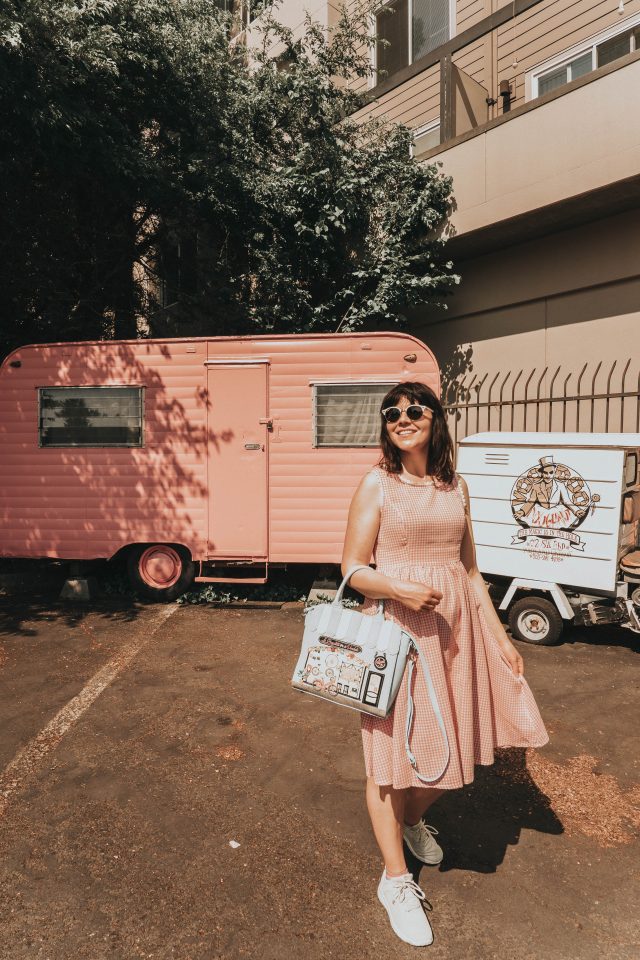 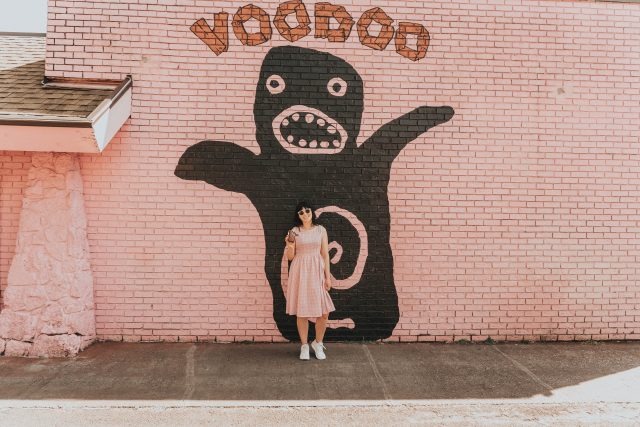 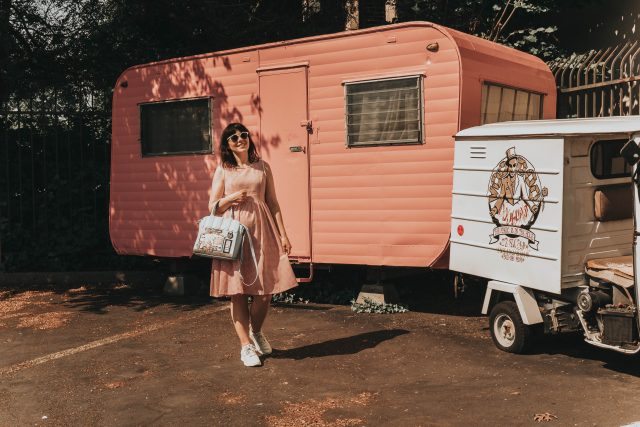 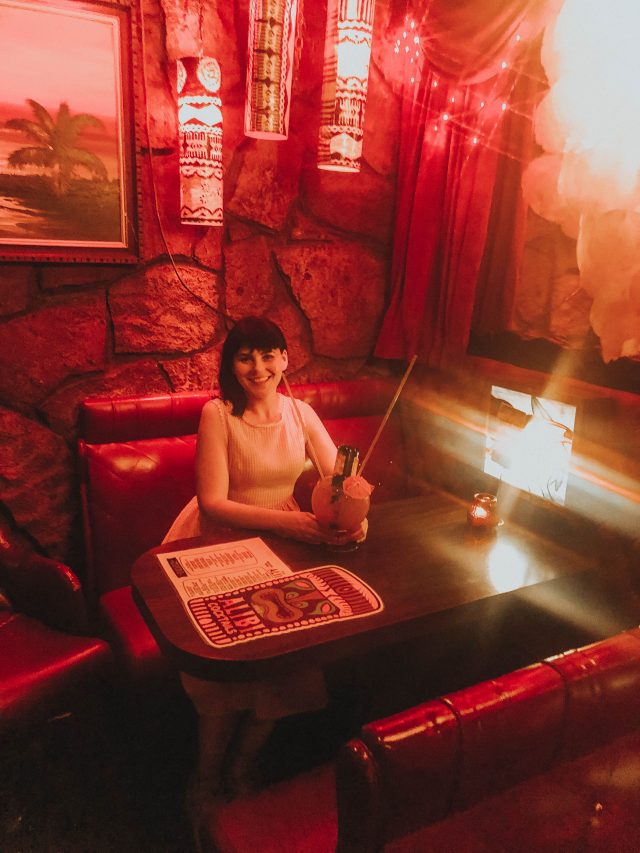 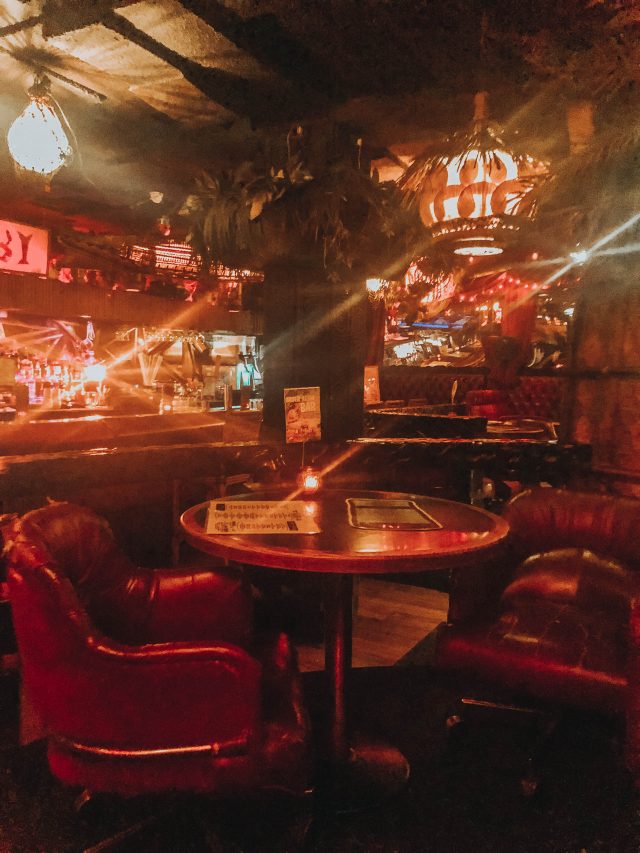 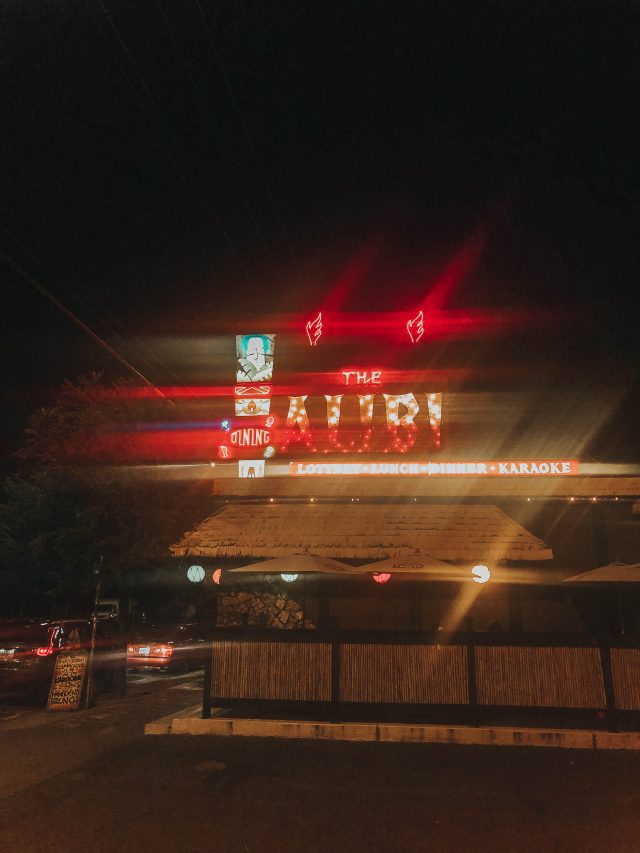 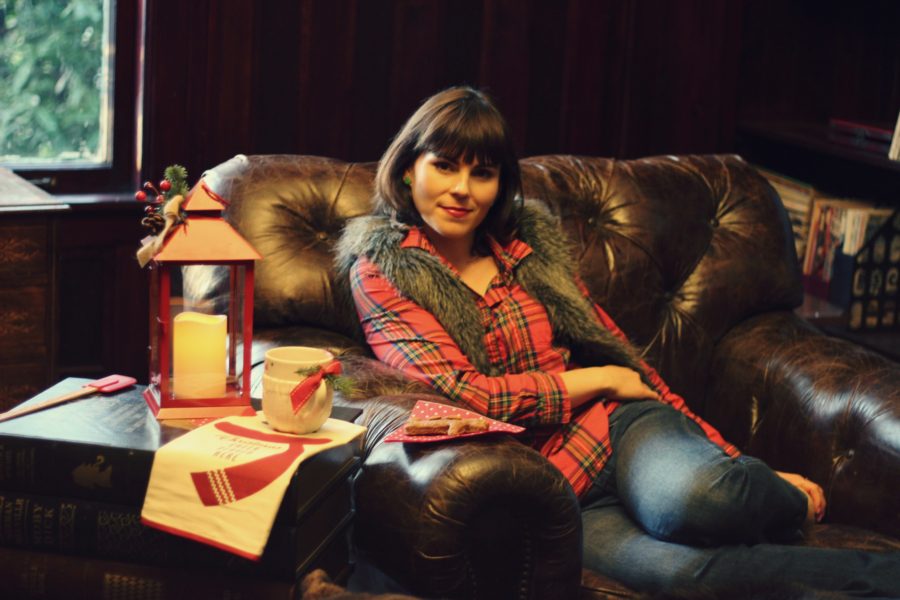 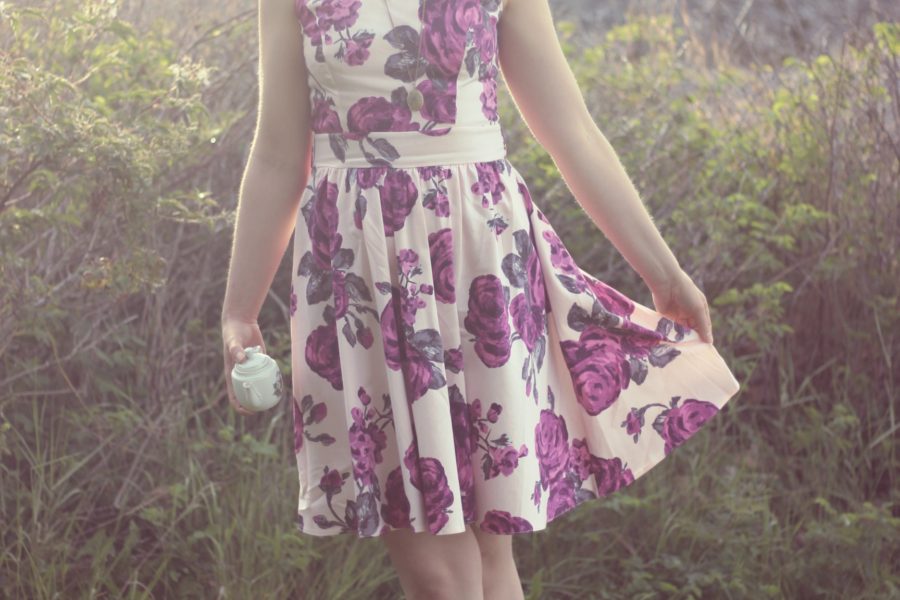