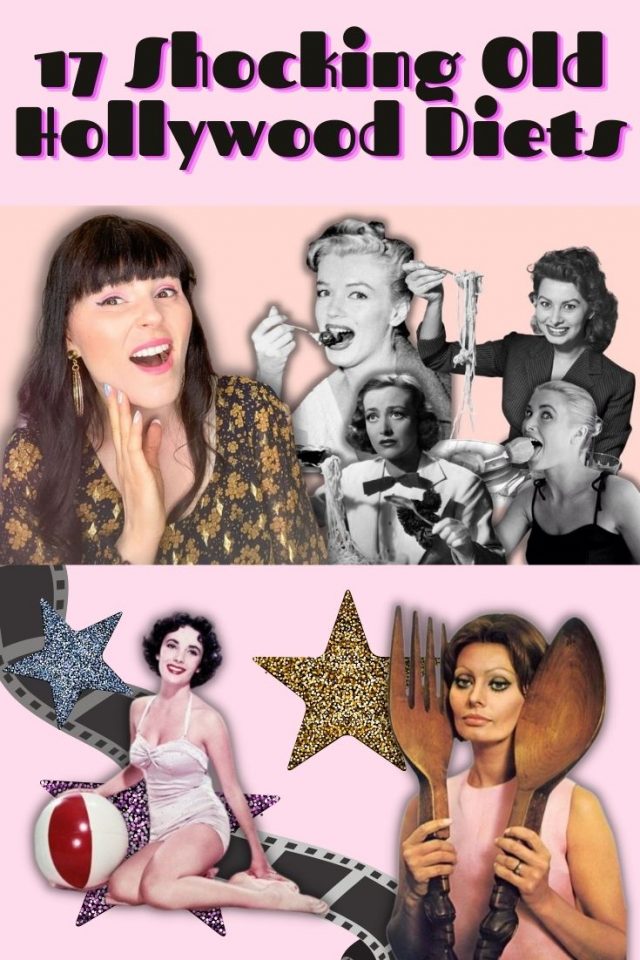 Marilyn Monroe discussed her bizarre diet and eating habits in the 1952 issue of Pageant Magazine. Her breakfast consisted of two raw eggs whipped in hot milk. Her favourite dinner was either steak, lamb chops or liver with raw carrots. She would also indulge herself with a hot fudge Sunday after her evening drama classes.

“Before I take my morning shower, I start warming a cup of milk on the hot plate I keep in my hotel room. When it’s hot, I break two raw eggs into the milk, whip them up with a fork, and drink them while I’m dressing. I supplement this with a multi-vitamin pill, and I doubt if any doctor could recommend a more nourishing breakfast for a working girl in a hurry.”

Audrey Hepburn almost starved to death during World War 2, which contributed to her thin figure later in life. She survived the German occupation of Holland, which began when she was 11. By the end of the war, Audrey was very close to death, and she survived eating nettles and tulip bulbs and drank water to fill her stomach. She was five foot 6 and only weighed 88 pounds with jaundice.

Audrey would have brown bread with jam for breakfast, and her lunch consisted of veal or pasta. She would pair this with fresh vegetables from the garden. For dinner, she would often have soup with chicken and vegetables. For dessert, she would indulge in baking chocolate. Every evening she would have had a finger or two of scotch.

Once a month, Audey would have a detox day where she would only eat fruits, veggies, yogurt and a ton of water to detox her system.

Elizabeth Taylor’s diet in her younger years and throughout the 1960s consisted of bacon and scrambled eggs for breakfast. For lunch, she would have a peanut butter and bacon sandwich. For dinner, she would regularly have fried chicken, mashed potatoes, cornbread and green peas.

Her indulgent habits caught up with her later in life, and she weighs over 180 pounds in the 1980s. By the late 1980s, she figured out how to lose weight by going on a diet she created for herself. She later translated this diet into a book called Elizabeth takes off. The book contains valuable advice like eating a lot of fruits, vegetables and lean protein. She also had some strange recipes like mixing cottage cheese with sour cream and steak and peanut butter sandwiches.

Elizabeth Taylor would allow herself a pig out day every week and eat fried chicken, mashed potatoes with gravy and lima beans, corn, and chocolate cake.

Sofia Loren has been known to endorse the Mediterranean diet, emphasizing eating many fresh vegetables, fruit, fish, whole grains and olive oil. She once famously said, “Everything you see I owe to spaghetti.”

May West never tried to slim down like other old Hollywood stars. Instead, she would speak about fattening up her parts by eating creamed chicken, buttered toast, lobster Newburg and chocolate whipped cake. Her secret to achieving her famous hourglass figure was her custom corsets. She famously said, “What can be accomplished by the feminine figure, once it’s nipped here and there and allowed free rein elsewhere — you’d be surprised!”

Katharine Hepburn claimed to be no health nut and said, “I deny myself nothing. I think what you should eat is perfectly obvious. I just don’t care to eat those things, so I don’t. We live in an era of making a great deal out of very little. They make a big deal out of diets. I’ve never been on a diet in my life.” Katharine Hepburn did follow a very rigorous exercise regime which is probably why she enjoyed all of her favourite foods, especially her love for brownies.

Jean Harlow had to put herself on a rigorous diet to slim down for her movie roles. Her diet plan consisted of two tomatoes and grilled meat for both lunch and dinner. For breakfast, she would have black coffee and orange juice. She would also have an occasional hard-boiled egg and a handful of spinach. Jean Harlow’s diet was ahead of its time and is similar to the modern-day Atkins diet, which is low carb and emphasizes protein. She worked with Donald Loomis, MGMs in house trainer, where she practised jumping rope for exercise.

Gerta Garbo had a reputation for being a private recluse. She became friends with the nutritionist Gayelord Hauser, and she followed all of his fad diet suggestions. Hauser’s philosophy was based on eating wonder foods to live longer. This included Brewer’s Yeast Wheat Germ and Molasses.

Garbo also kept up with the latest fitness trends, including yoga, tennis, swimming skiing. She even owned a juicer and juice before it was even a trend. She didn’t eat any additives, including preservatives, sugar, salt, caffeine and starches.

Clara Bow was a famous star during the 1920s Jazz Age. During this period, actresses had a weight Claus in their contract to keep under 118 pounds. Clara Bow only ate 500 calories a day. Her typical diet consisted of orange juice for breakfast, toast and salad without dressing for lunch and no meat for dinner. She did outdoor sports like swimming and hiking. She also played tennis every evening and rode a horse every morning.

Ginger Rogers trained with Donald Loomis at MGM, and her main form of exercise was dancing. She favoured a southern-style diet of fried chicken and gravy.

Betty Grable was a popular pin-up model during the 1940s and was famous for her legs. She would train through dancing. She taught with Dick Kline who was known to promote fun exercise routines called bird pecking. This is where you would pucker out your lips and pecking forward like a bird to avoid a double chin. Betty snacked on onions and garlic for food.

Rita Hayworth stayed slimed by dancing eight hours a day. She also had a rigorous diet and never ate starches, greasy foods and avoided all bread and pastries.

Ava Garder did not follow a strict diet and indulged in a very high-calorie diet. She would; ‘t gain weight because of her busy schedule and her nervous stomach, making it impossible to eat. As a result, she had to eat to gain weight and choose high-calorie foods like candy, dairy and high carb buttery foods.

Grace Kelly hardly had time to exercise, so she would focus on dieting instead. She would only eat small portions and had light snacks such as yogurt and berries and say no to the dessert policy. She would eat oatmeal for breakfast to stay full onset and then come prepared with carrot sticks, celery and dried apricots if she got hungry before 11 am.

Jane Russel hated diets and never counted calories. Instead, she would cut alcoholic drinks if she needed to cut back; she also played tennis and golf.

Actress Gloria Swanson was way ahead of her time and a trailblazer for health. In the 1920s, she would practice clean eating and cut out sugar and meat from her diet. In the 1950s, after she finished filming sunset Blvd, she became devoted to practicing yoga and would lecture others on fitness and healthy eating.

In an old article from a 1929 magazine called photoplay, Joan Crawford’s diet was mentioned. “I have seen Joan Crawford make an entire luncheon on a few tablespoons of cold consomme, a dish of rhubarb and a half a dozen crackers thickly spread with mustard And this a day after day performance.” 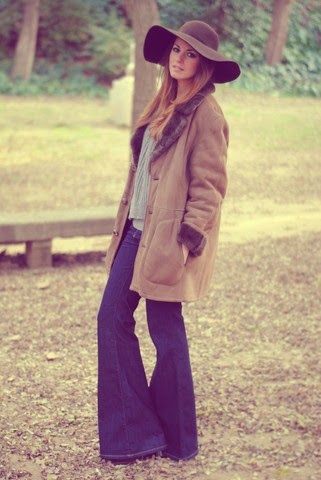 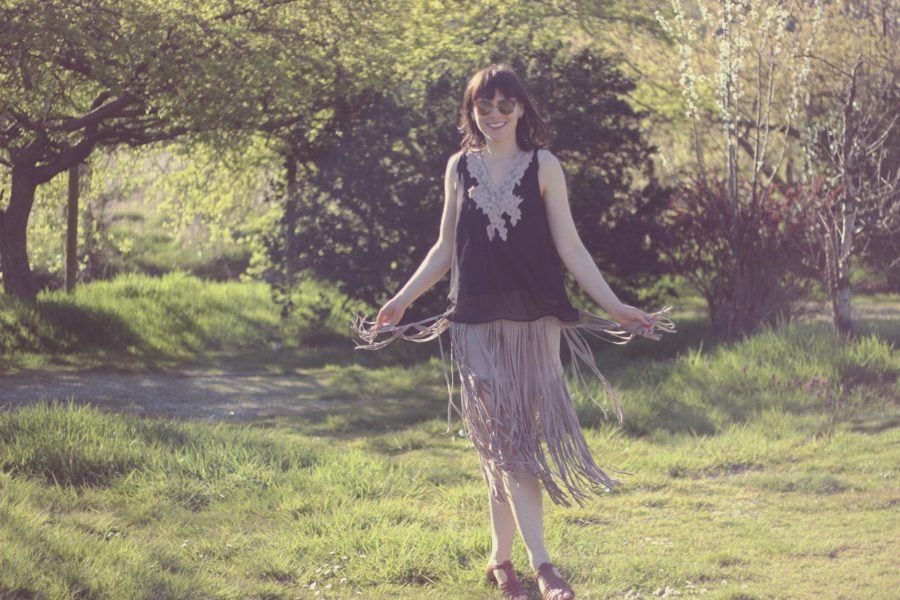