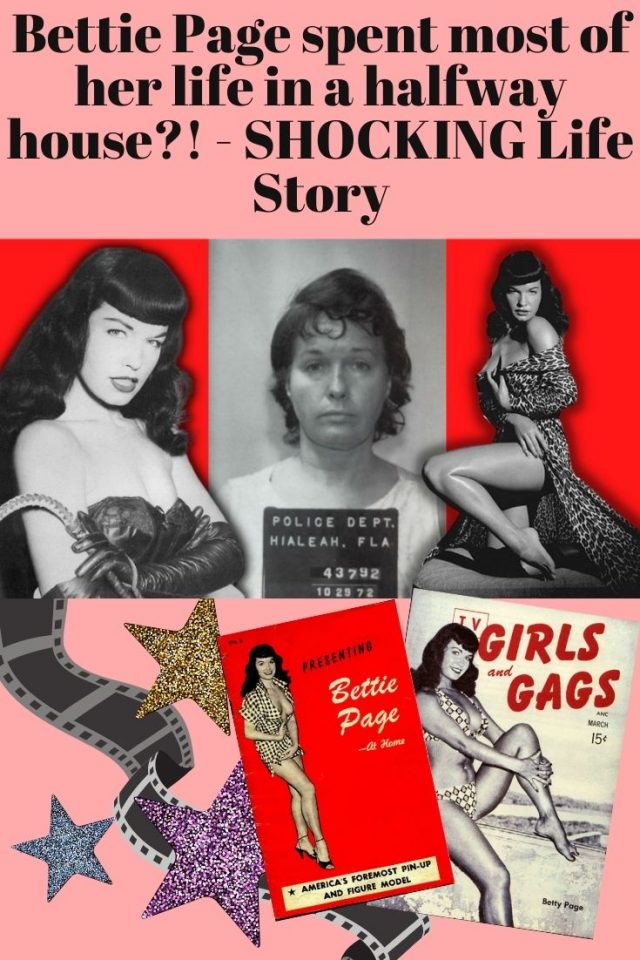 Betty was born on April 22nd, 1923, in Nashville, Tennessee. Looking at her photos and careers, many would have never guessed that Betty suffered a terrible childhood. She was one of six kids, one of three girls. Her father worked to support them, but they were poor. There were no welfare or food stamps back then, so they had to make do with what they had.

Betty eventually gave in to her father, and in return, he gave her money for the movies. But her father was not some nobleman who worked so his kids could have a better life. He would push Betty constantly every day to let him touch her just like he had to his other two daughters. She claimed she never let it get as far as penetration, but he got that far with her sisters.

To make matters worse, she could not even turn to her mother for help and safety. According to Betty, her mother never wanted girls, claiming that they were more trouble than worth. Perhaps this was because she knew what her husband was doing, and she took her emotions out on her daughters. Either way, Betty reported that her mother had never hugged her more than once. She was stuck in a cycle of emotional abuse from her mother and sexual abuse from her father.

In 1934, when Betty was 11, her mother decided to take the children and leave her father. This was incredibly uncommon at the time as most women were unable to get jobs. Betty’s mother struggled to find work and could not take care of her children, so they were sent to an orphanage. Some sources claim that Betty stayed in foster care until she was 18; others say that she went back into her mother’s care at some point.

Regardless of where she was, Betty excelled in school. She was bright, resourceful and charismatic. She graduated high school as second in her class. Most people would be delighted to achieve that honour, but Betty was devastated. The person who graduated at the top of their class received a full scholarship to the college of their choice. The second prize, however second prize was only a 100 dollar scholarship to a teaching school. $100 back then bought more education than it does today, but it did not equal a full ride.

Nevertheless, Betty got a teaching credit, but she was not in the profession for long. She had no passion for teaching and could not control her students. So, she went back to George Peabody College to get a degree in acting.

When Betty and her sisters were younger, they taught themselves to sew and do their makeup. They did not have the money to go on shopping sprees. Betty became good at designing and creating her clothes, and when her career did take off, many of the bikinis and lingerie that she is seen in she sowed herself.

She started in what was known as camera clubs at the time. It was illegal to sell or mail pornographic images, so these clubs were set up to disguise them as art. The models would work in bikinis or fully nude, and men would come in to photograph them. When Betty worked at these clubs, she designed all her outfits and did her makeup. But this is not the version of Betty that everyone would come to know.

Working hard to get rid of her Tennessee accent, New York City cost her jobs and opportunities. She spent some time in jail. There she met police officer Tibbs who had a passion for photography. She agreed to model for him for free, and he would make her a portfolio to use. It was at this shoot that he suggested she give herself bangs to frame her face. This was the infamous haircut that rocketed her to stardom.

From there, she got various modelling jobs for pinup shoots. Her career officially started in 1950, a period of political and sexual repression. But Betty was not going to let this stop her, and in fact, she wanted to push the boundaries set in front of her. She posed nude on beaches, in hotels, in bathtubs. She did shoots in lingerie and bikinis, some homemade. She is best known for the bondage shoots she did where she was hogtied or spanked, and sometimes she was the one tying up other girls.

Conservatives were enraged at seeing a woman so happily embracing her sexuality and feeling free to express herself. The federal government even got involved, holding hearings on which type of pornography was legal. Betty was used as an example of what should not be allowed, but this was eventually overruled.

Nothing could stop her from becoming infamous, except for herself. She did not want to be famous; she merely enjoyed what she was doing. She also loved the fact that she was becoming a voice for repressed women everywhere. She is credited with being the original Queen of Pinup girls.

Despite how well her career is remembered, it only lasted seven years. In 1957 Betty retired. She was 34 years old and still pretending to be 22. She had had enough, and seeing as she never wanted the spotlight in the first place, she was okay with never being in focus again.

Aside from feeling too old, her personal life was not exactly picturesque. Before her career, she had married and divorced her first husband. During her modelling days, she had married again, but they divorced quickly. Her husband wanted to control her, but she did not want to be tamed.

In the 1960’s she had married again but got another divorce. Before this, everyone had assumed that Betty was dead. Allegedly she had threatened her husband with a knife, but there is no official evidence to support that. She was living on her own, virtually penniless, when she assaulted her landlord. The landlord had come to the apartment to collect rent when Betty stabbed her 20 times. She dropped out of the public eye without a word, so no one knew she was still around.

Betty did not go to jail for her crimes because of insanity, but she was sentenced to 10 years in a mental institution. It was while she was locked away that her infamy started up again. A pro-sex movement had started, and her images were splattered everywhere. She was the face of a movement she had no idea was even happening. She had no legal team to ensure she collected royalties when her images were used. So, when she was released, she still had no money, despite her name and face being seen everywhere.

She stayed in a halfway house for people with mental illnesses reintegrating into society. That is where Hugh Heffner found her. He invited her to dinner at his mansion. It was there that he realized she wasn’t making any money of her own image, including when he featured her in the playboy magazine.

He put her in touch with an estate lawyer that handled stars like James Dean. All of a sudden, Betty had more money than she knew what to do with. But really, she was not interested. She did not want to be famous again or rich and in the tabloids. She lived out the rest of her life in a halfway house.

When Betty was arrested and sentenced to a mental hospital, she was diagnosed as a paranoid schizophrenic. Most people believe that the abuse that she suffered as a child led to her mental break. When she was married to her third husband, it was reported that she was highly paranoid and would occasionally mention hallucinations.

Others try to attribute her whole career to sexual abuse as a child. They say that she only did it because she was mentally ill. No self-respecting woman would ever model like that. Of course, this theory is only a theory and only held by conservatives who generally don’t believe that women have a right to their own bodies.

Betty passed in 2008 of pneumonia. After being released, she had given a few interviews, but she asked not to be photographed or filmed. She wanted to be remembered as she was in her golden years. She never had any children and had very few visitors late in life. Supposedly her sisters did not want to speak with her after she spoke out about their collective abuse. They never wanted anyone to know what happened to them, and they never forgave her for it.

Betty’s estate still earns money off of her image, and if you look around, you will see her everywhere. In the way certain photos are posed, or in anyone who wears those dark bangs. For someone who never wanted to be famous, she certainly left quite the legacy.

Tags: Bettie Page spent most of her life in a halfway house?! - SHOCKING Life Story 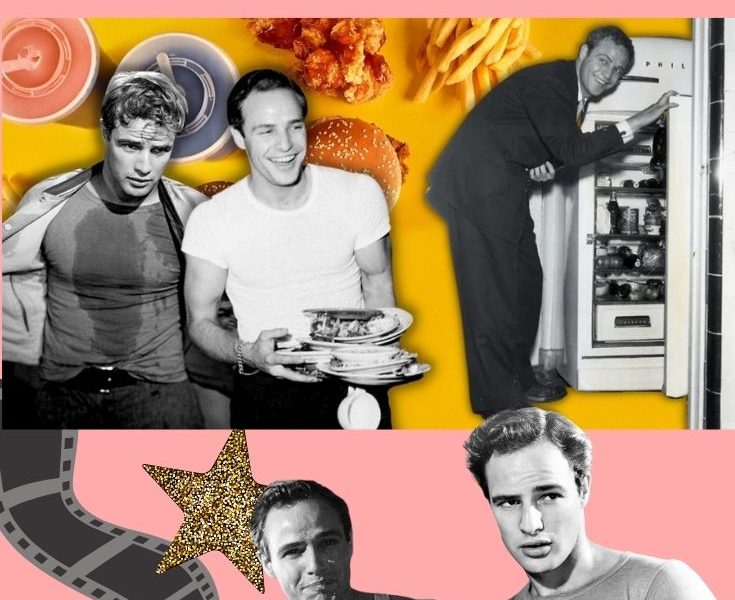 Marlon Brando ate half a dozen hot dogs at 3:00 am!? His diet and junk food obsession 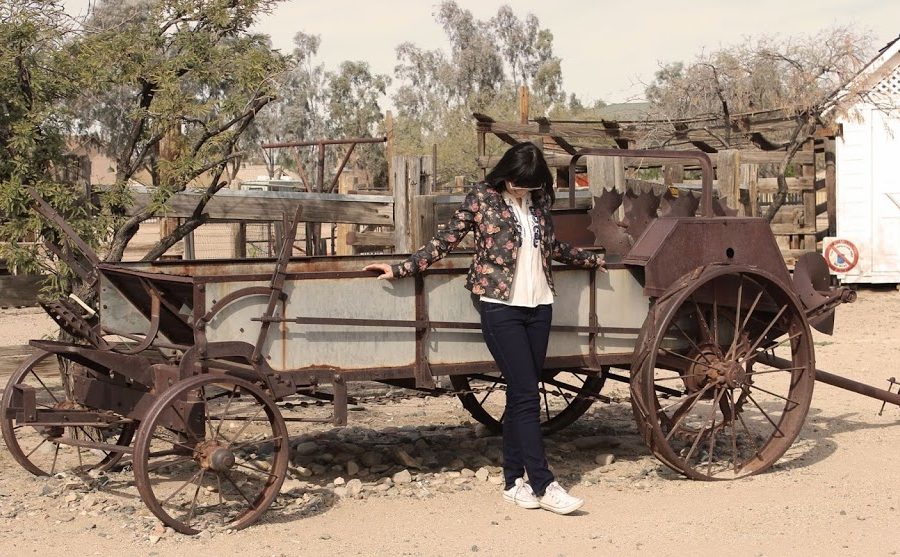 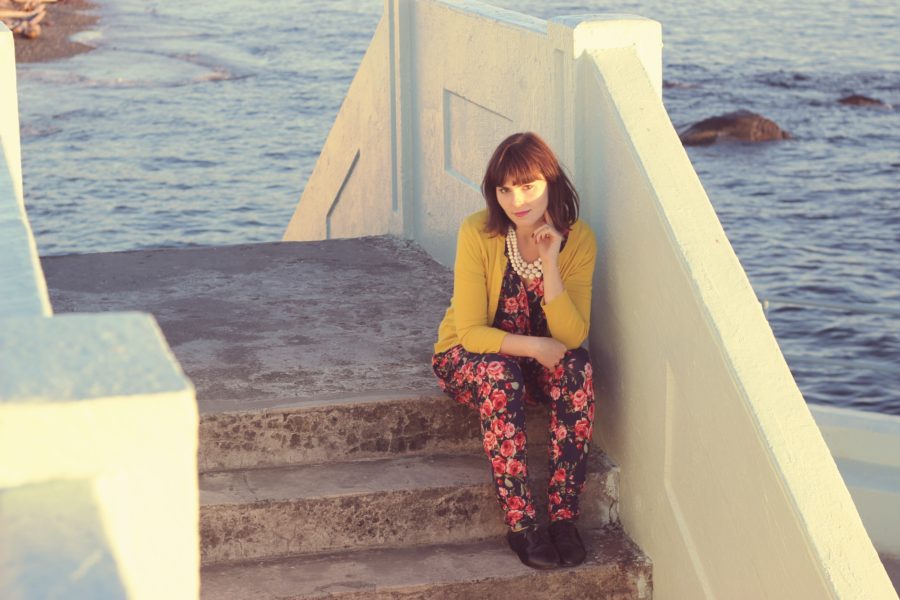