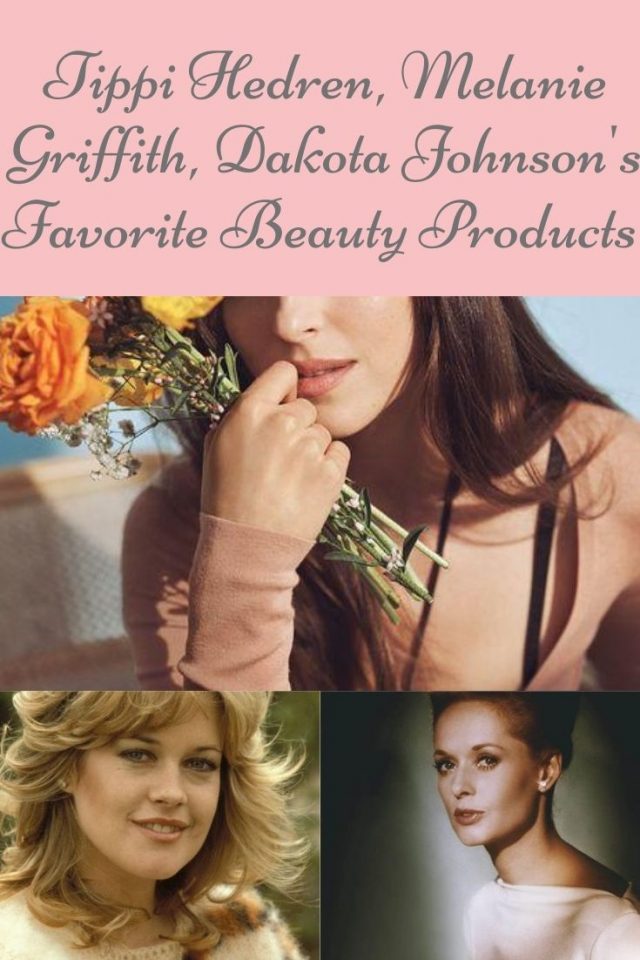 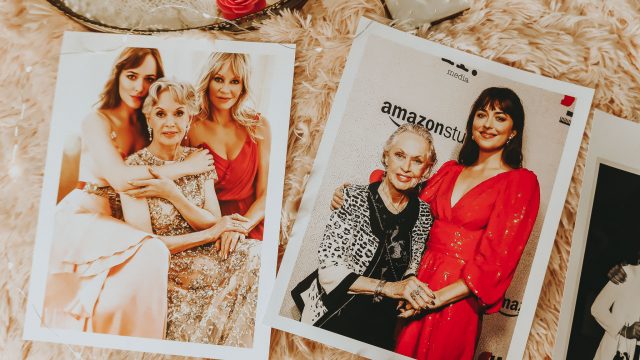 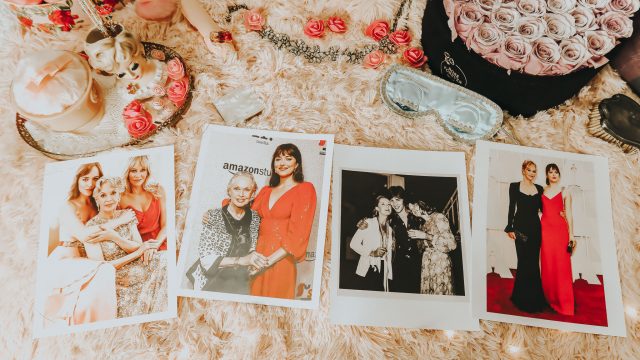 A successful fashion model who appeared on the front covers of Life and Glamour magazines, Hedren became an actress after she was discovered by director Alfred Hitchcock while appearing on a television commercial in 1961. She received world recognition for her work in two of his films: the suspense-thriller The Birds (1963), for which she won a Golden Globe, and the psychological drama Marnie (1964).

What is your favorite smell?

I have no sense of taste or smell due to an accident in the 60s. Used to be opening a can of coffee, Joy by Patou, rain, puppies – I miss them all.

Joy is a perfume created for Parisian couturier Jean Patou by perfumer Henri Alméras in 1929. It is considered one of the most exceptional fragrances created and is a landmark example of perfumery’s floral genre.

How Tippi is spending her time in quarantine:

“I am in constant communication with my daughter and granddaughter via phone,” the actress told Fox News. “Unfortunately, we don’t have much, if any, Internet access since the fires out here, and I am not able to use any of the technological conveniences to communicate via the Internet. In addition, I am unable, of course, to follow or respond to fans on any of my social media platforms.”

Melanie Griffith was born on August 9, 1957, and is an American film, stage, and television actress, and film producer. She began her career in the 1970s, appearing in several independent thriller films before achieving mainstream success in the mid-1980s. Born in New York City to actress Tippi Hedren and advertising executive Peter Griffith, she was raised mainly in Los Angeles, where she graduated from the Hollywood Professional School at age 16.

Melanie loves the skincare line Augustinus Bader, which has become a cult product for celebrities.

The first fragrance from Cartier that stunned the world of perfume. An oriental fragrance with a unique freshness added by the very green note of galbanum.

Kyoto, rainy season. The humid air diffuses a captivating scent through the silver pavilion. Porcelain-white gardenia flowers at the foot of the wooden stilts, casting their fragrant spell. Gardénia Passion reveals a troubling and unapologetic sensuality. It is the scent of the ultimate feminine confidence. Captivating. Troubling. Seductive.

A perfume of innocent tenderness. The sweetness of Petite Chérie makes you feel happy, playful, and cheery. It builds a cocoon of sunny notes around you, which wake up the most tender emotions. Fruity. Mischievous. Reassuring.

Dakota Johnson was born on October 4, 1989; she is an American actress and model. The daughter of actors Don Johnson and Melanie Griffith, she made her film debut at age ten with a minor appearance in Crazy in Alabama (1999), a dark comedy film starring her mother. Johnson was discouraged from pursuing acting further until she completed high school, after which she began auditioning for roles in Los Angeles.

My no-frills skincare routine: “I’m a sucker for pretty packaging, so I buy a bunch of products but end up not using any of them. I just like the way they look. I truly have the simplest routine: I wash my face in the morning and at night, then moisturize; during the day, I add sunscreen. Right now, I’m into Lancer products.”

My minimal-makeup M.O.: “I don’t really wear makeup if I don’t have to. When I am going out somewhere, I’ll use a little concealer, lip color, and mascara.”

My grandmother’s mascara trick: “She [actress Tippi Hedren] was watching me put my mascara on once and told me that if you hold the mirror down low and put the mascara on while looking downward, you will get the most coverage from the base of the lashes to the tips. And, of course, she’s right! She’s a fucking movie star; she’s a legend!”

My intentional perfume trail: “I’ve always worn fragrance because I love to leave a scent behind. I love that perfume can take you back to someplace immediately. I prefer floral scents to ones that are musky. Right now, I’m wearing Gucci Bloom; it’s very floral, so I love it. My mother [Melanie Griffith] has worn the same perfume my entire life, and that’s very comforting to me.”

Ethereal and soft like raindrops, Gocce di Fiori is a light, fresh version of the original scent. The fragrance opens fully at once with a trio of highly-concentrated noble ingredients: jasmine bud extract, natural tuberose absolute, and Rangoon creeper—the flower that embodies the Gucci Bloom scent story’s concept and name, as it changes color from white to pink, and then finally to red when it blooms.

Some people have a really personal connection to fragrance. They wear one scent, and they wear that one scent for the rest of their lives. Others are trying something new all the time. What method do you follow when it comes to fragrance?

I stick to the same scents. My olfactory is very strong, so I remember people by the way they smell. Places, people’s homes. It evokes a lot of memories and emotion in me. My mother has always smelled the same, and I find it really beautiful. I find scent a very personal thing. There’s also times where people will wear a certain scent, and I have to leave the room. 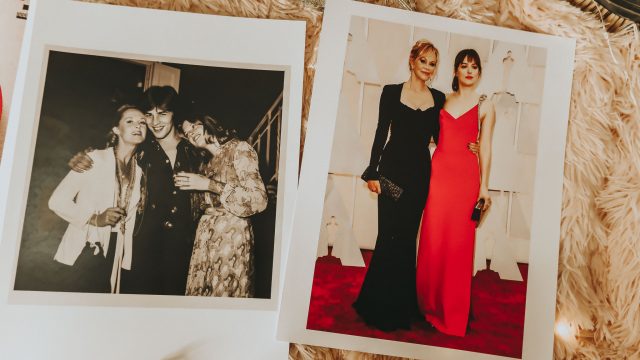 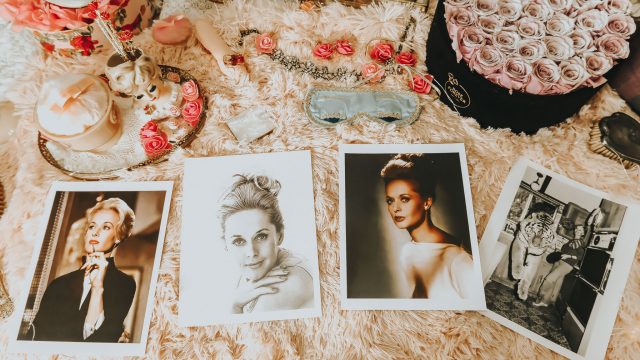 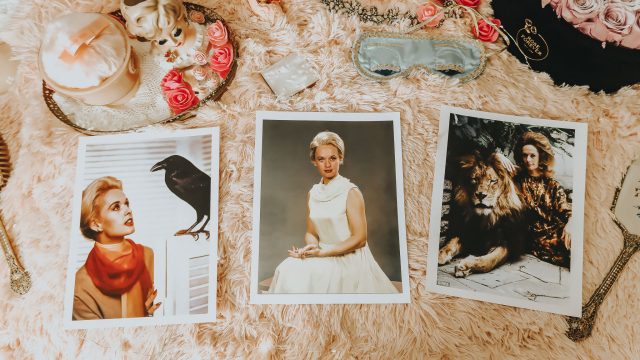 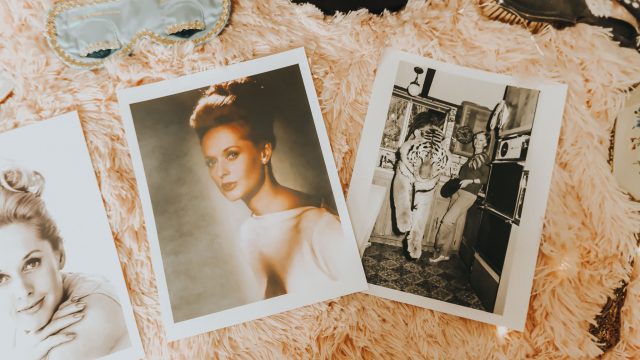 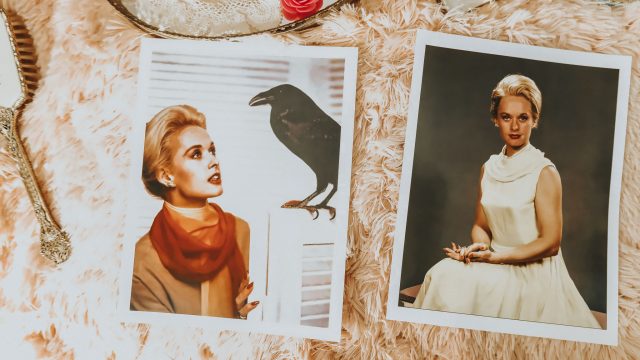 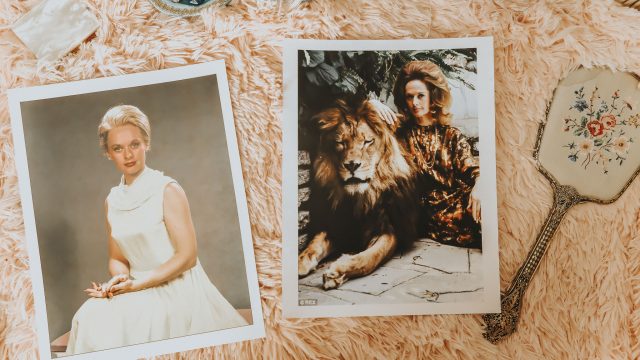 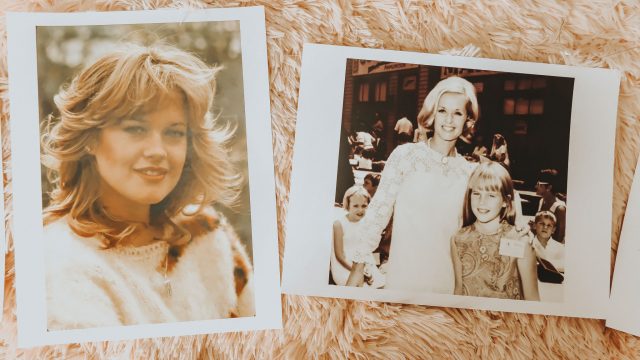 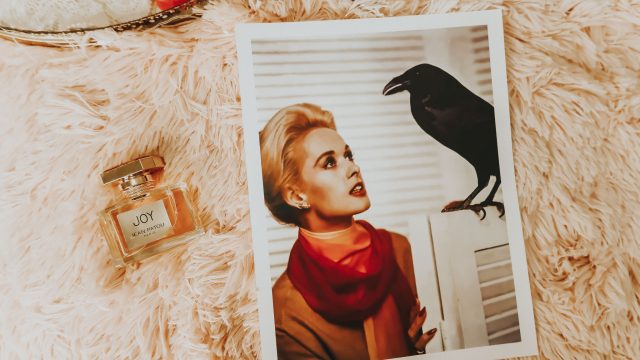 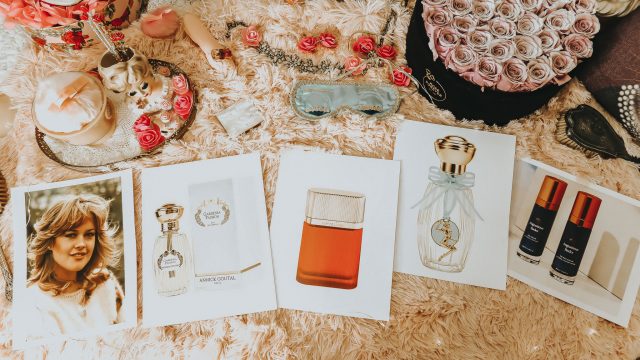 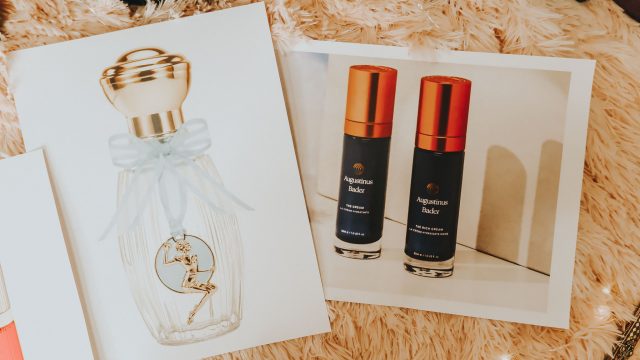 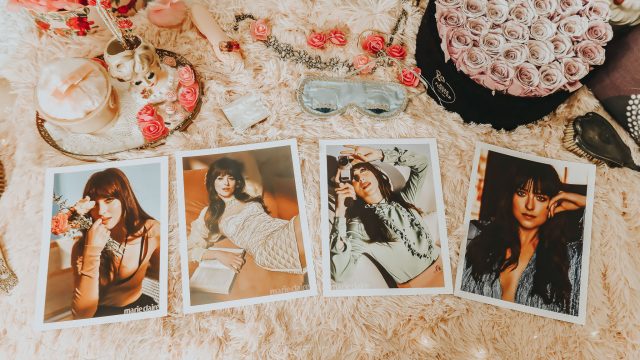 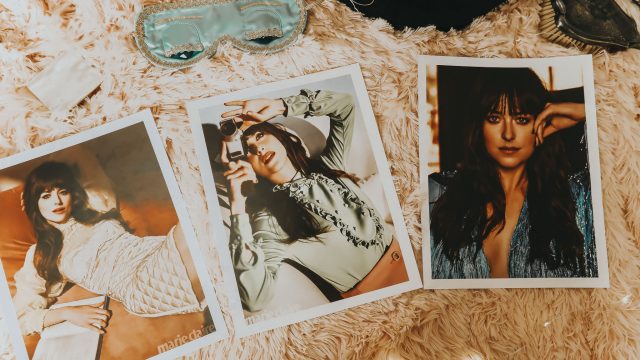 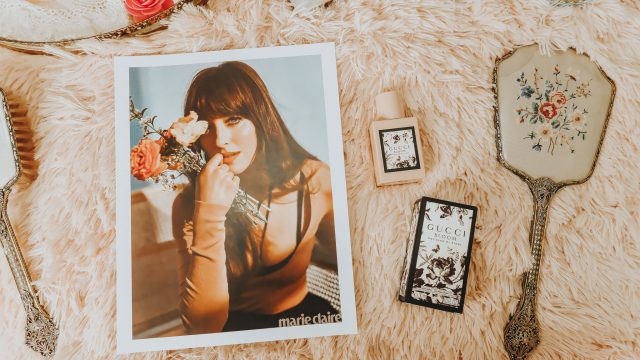 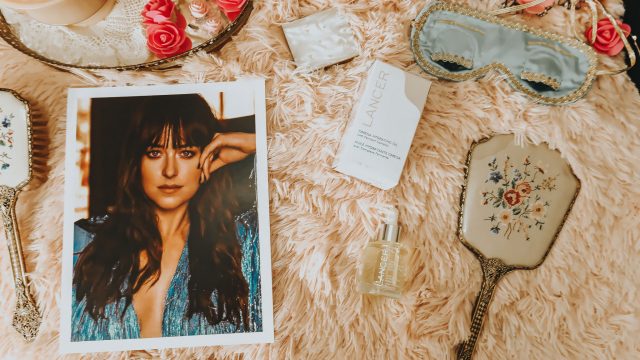 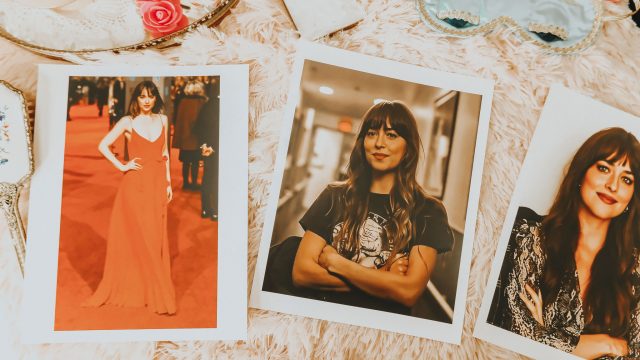 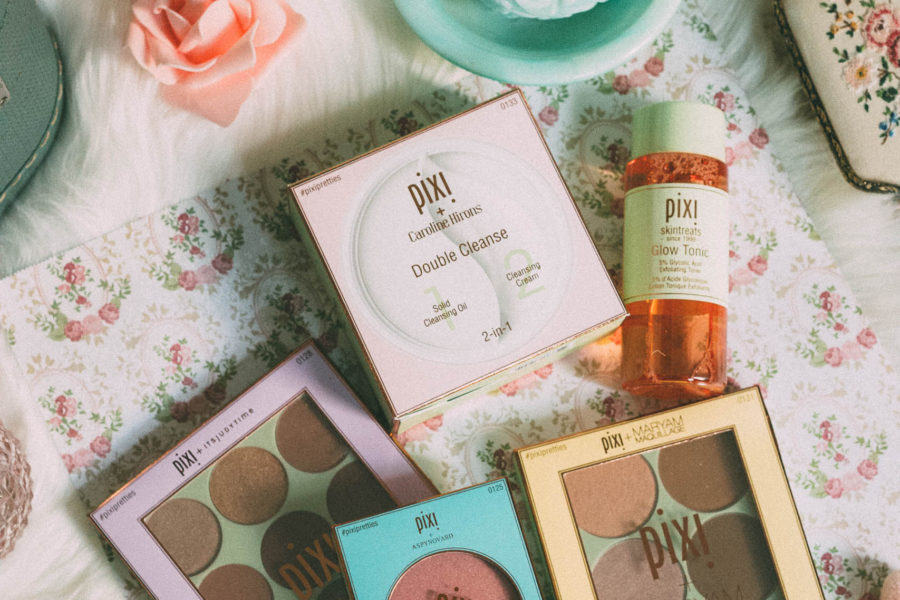 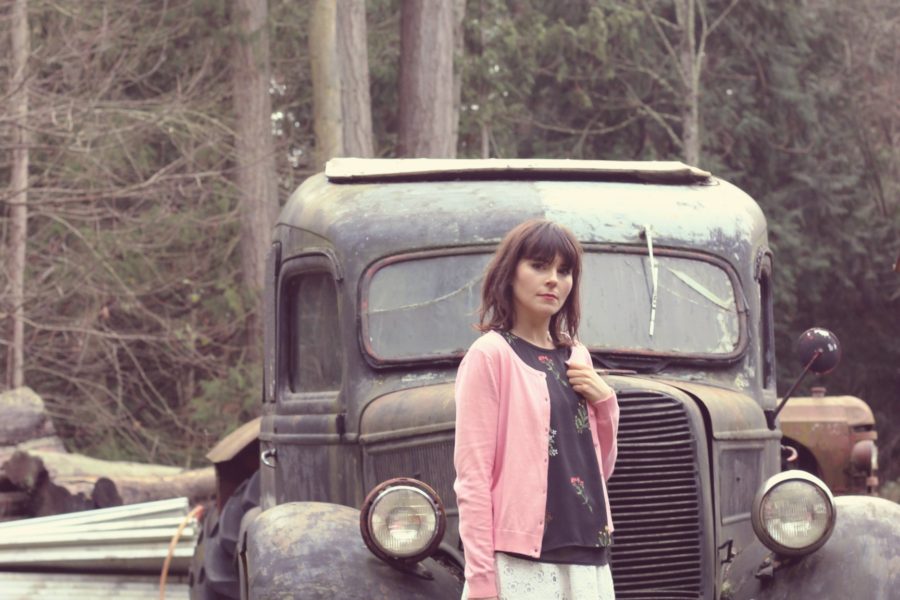 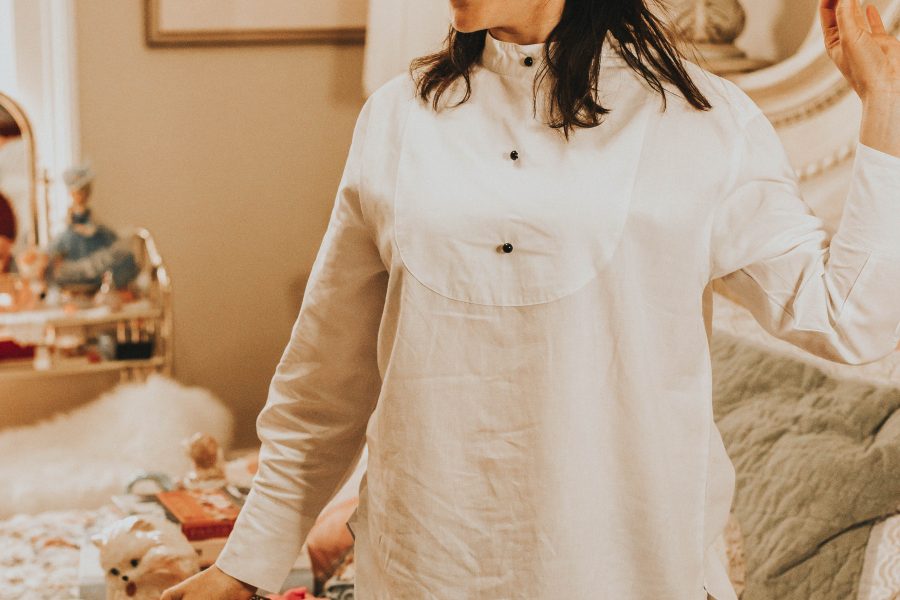