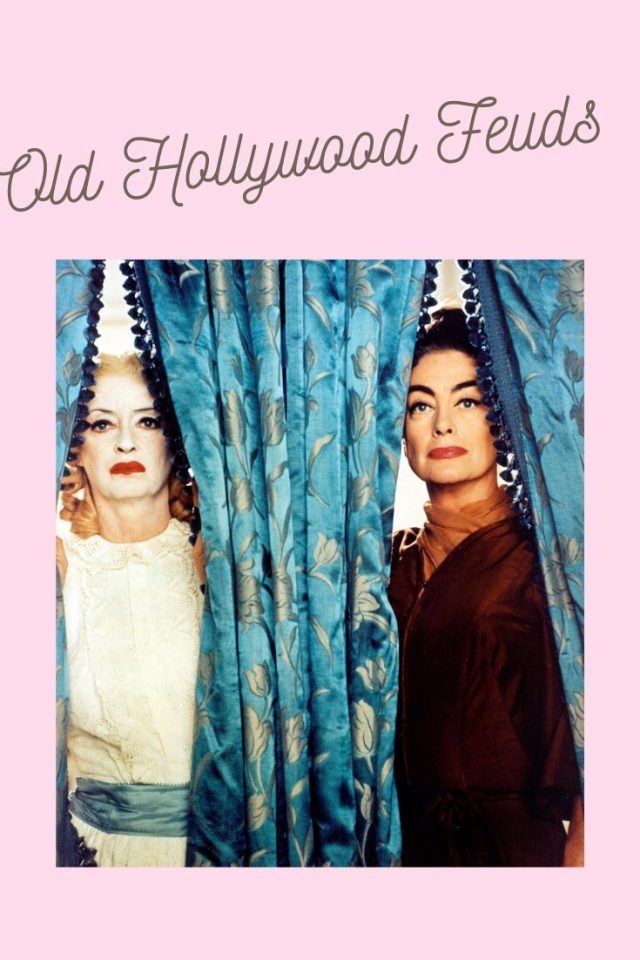 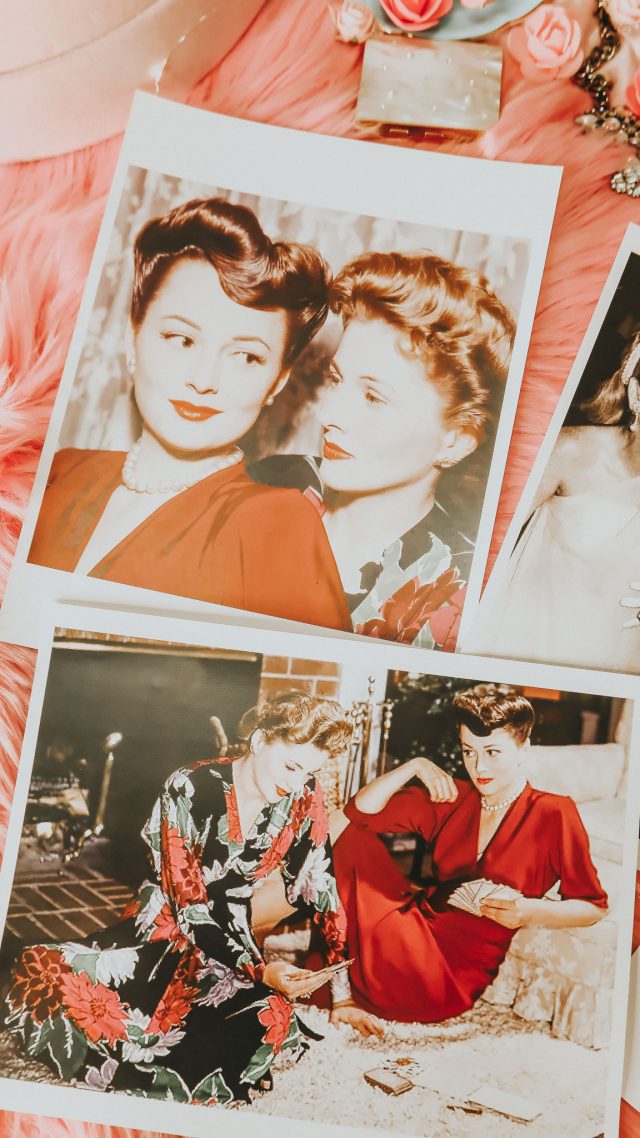 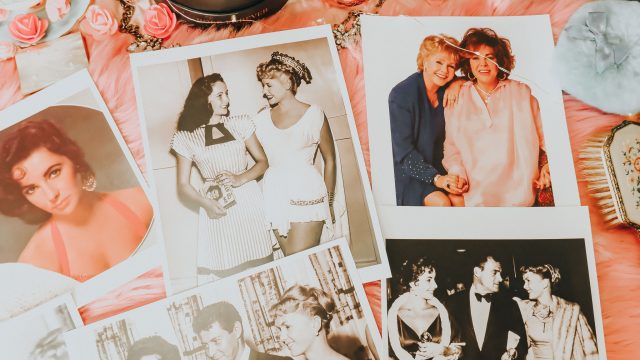 It was 1962, and Hollywood was about to see the biggest catfight in history. Bette Davis and Joan Crawford had long been rivals as they clawed their way to fame. Then the time came when the two ageing actresses needed each other to keep their fading careers alive. But on the set of What Ever Happened to Baby Jane, things got out of control. Davis was thrilled to eschew her natural beauty and don grotesque clown makeup to play Baby Jane. However, Crawford wanted to remain attractive, despite her character Blanche being sickly and confined to a wheelchair. Davis said, “It was a constant battle to get her not to look gorgeous. [Joan Crawford] wanted her hair well-dressed, her gowns beautiful and her fingernails with red nail polish. For the part of an invalid who had been cooped up in a room for 20 years, she wanted to look attractive. She was wrong.” But Crawford countered with this statement, “Miss Davis was always partial to covering up her face in motion pictures. She called it ‘art.’ Others might call it camouflage — a cover-up for the absence of any real beauty.”

This one photo clearly illustrates the contempt Sophia Loren had for Jayne Mansfield. A Beverly Hills party was thrown in Loren’s honour to introduce the Italian actress to Hollywood. But a braless Mansfield was determined to steal the show. Years later, Loren said this about the photo: “Jane Mansfield came right for my table. She knew everyone was watching. She sat down. And now, she was barely… Listen. Look at the picture. Where are my eyes? I’m staring at her nipples because I am afraid they are about to come onto my plate. In my face, you can see the fear. I’m so frightened that everything in her dress is going to blow — BOOM! — and spill all over the table.” Though numerous fans have asked Loren to autograph the photo over the years, she has always refused.

Famous for being the best friends of Lucy and Ricky Ricardo, Ethyl (Vivian Vance) and Fred Mertz (William Frawley) hated each other from day one of I Love Lucy. Vance was 22 years Frawley’s junior and thought they would be a terrible match as a TV couple. Frawley was a heavy drinker, and though he was warned not to drink while they were working, he often had to keep his hands in his pockets so the camera wouldn’t catch them shaking from alcohol withdrawal. The two hated each other so intensely that when they had a shot at a spinoff show after I Love Lucy ended, Vance said no way.

Citizen Kane is loosely based on the life and scandals of newspaper mogul William Randolph Hearst. Hearst was outraged by the film starring and directed by Orson Welles, and he forbid any of his newspapers from even mentioning it. Hearst even tried to purchase the original print and have it burned. But the one thing that may have enraged Hearst the most is the mention of the word “rosebud” in the film. Several sources claim that “rosebud” was the name Hearst gave to the genitalia of his lover, Marion Davies.

This one is kind of confusing. We came across this quote from Marlon Brando about James Dean: “Mr. Dean appears to be wearing my last year’s wardrobe and using my last year’s talent.” This isn’t surprising considering Dean was a rising star and Brando’s competition. But then we discovered a book called James Dean: Tomorrow Never Comes that claims Brando and Dean engaged in a Fifty Shades of Grey-type relationship — yes, S&M! The book claims that not only was Dean in love with Brando, but he would also let Brando burn him with cigarettes for his twisted pleasure. Brando denied having a sexual relationship with Dean in his memoirs.

Actresses Debbie Reynolds and Elizabeth Taylor first met at MGM when they were teenagers and became inseparable friends. Reynolds was even Taylor’s Matron of Honor when Taylor married Mike Todd. But after Todd died in an airplane crash, Reynolds’ husband, Eddie Fisher (father of Carrie Fisher), went to console Taylor “with his penis,” as Carrie Fisher said in her book Wishful Drinking. Fisher left Reynolds alone with two kids, but Taylor eventually left Fisher for Richard Burton. Reynolds and Taylor discovered they were vacationing on the same cruise ship after seven years of not speaking. They decided to have dinner and reconcile with each other.

Many people assumed Bette Davis based her portrayal of Margo Channing in All About Eve on another ageing actress with a big ego: Tallulah Bankhead. Bankhead didn’t like Davis stealing her persona. Davis denied it, saying, “Tallulah herself, more than anyone else, accused me of imitating her as Margo Channing. The problem was that I had no voice at all when I started filming All About Eve due to emotional stress. This gave me the famous Bankhead husky voice. Otherwise, I don’t think the similarity to Bankhead in my performance would ever have been thought of.” Mary Orr, who wrote the short story The Wisdom of Eve that later became the hit movie, said that Bankhead asked her point-blank if she based the character on her. Orr told her “no” and claimed, “this made [Bankhead] so angry, she never spoke to me again.”

Sisters Olivia de Havilland and Joan Fontaine were born 15 months apart, and their rivalry started when they were just tots.

De Havilland earned a seven-year contract with Warner Bros. in 1935 and hired her sister to be her chauffeur. Fontaine claims a producer spotted her waiting for her sister and suggested she act in movies as well. When Fontaine, then Joan de Havilland, told the story to her mother, she was warned that Warner Bros. was her sister’s studio. Not wanting to be associated with her sister, the hopeful actress changed her last name to Fontaine and got an agent. Both sisters had wonderful film careers but spent years not speaking to each other, continually squabbling over men like Howard Hughes and writer Marcus Goodrich. Both had a competitive streak and never fully repaired their relationship.

Actor Laurence Olivier had starred in the stage version of The Prince and the Showgirl with his wife, actress Vivian Leigh. But when the opportunity came about to make the movie version of the play, Leigh was 43 and considered too old. Marilyn Monroe was cast as the Showgirl, much to Olivier’s dismay. He taunted her and scolded her for being late, forgetting her lines and needing to have her method acting coach on set at all times. But Monroe did get back at him. When she found out Olivier was secretly taking bets on how many takes Monroe would need to perform a complicated scene, she hatched a plan. That night, Monroe went home and studied the scene extensively. When it came time to shoot it, she did one perfect take, closing the door behind her as she left the room. Seconds later, she came back into the room and said, “Pretty good, huh?”

Once a roommate of Marilyn Monroe, Shelley Winters was the type of woman who wouldn’t take no for an answer. Born to a poor immigrant family, she worked hard, first in the theatre, then in the film — and it paid off. She won two Oscars: one for The Diary of Anne Frank (1959) and The Poseidon Adventure (1972). Winters had a brassy personality and liked to kiss and tell about her romantic affairs with Marlon Brando and Sean Connery, whom she claims to love on a train from Liverpool to London. But she failed to charm actor and crooner Frank Sinatra when they starred together in Meet Danny Wilson(1952). He called her a “bow-legged bitch of a Brooklyn blonde,” to which she said she “screamed like a fishwife and… slugged him.” She also called him a “skinny, no-talent, stupid Hoboken bastard.” The two never acted together again.

Despite acting with Ingrid Bergman in Murder on the Orient Express and directing her in the play The Constant Wife, Sir John Gielgud was not a fan of her work, saying, “Ingrid speaks five languages, and can’t act in any of them.” The New York Times agreed with him in its review of The Constant wife, saying, ‘Moreover, Miss Bergman, so interesting in her particular style of film acting, is not all that technically gifted on the stage. She has a definite presence and a vigorous personality but is, perhaps, more of a character than a character actress. Her slight and charming Swedish intonation is here no asset.”

But it was Bergman who had the last laugh. She won the Oscar for her role of Gretta in Murder on the Orient Express. Gielgud wasn’t even nominated.

Bea Arthur was a powerful actress but never expressed any warm and fuzzy feelings about her fellow actors. Even Arthur’s adopted son Matthew Saks admits she could be testy, saying, “My mom wasn’t close to anybody. I’m not saying she was a loner, but she just liked to go home and read the paper.”

But it was her fellow Golden Girls star Betty White who irritated her. White loved to go out and talk to the studio audience when they were filming and always had a positive attitude. Arthur reportedly called White a c*** after White was the first actresses to win an Emmy for the show.

Incredibly talented as an actress and a singer, Barbra Streisand rose to stardom quickly. When she made Hello, Dolly! in 1969, she was used to calling the shots. Her co-star, Walter Matthau, who had just won an Oscar for Fortune Cookie, didn’t like a woman running the show. “I have more talent in my smallest fart than you have in your entire body,” he told her, obviously intimidated by her. Matthau especially hated it when Streisand advised the film’s director. Matthau went to the head of 20th Century Fox, Richard Zanuck, to complain. Zanuck said, “I’d love to help you, but this is not Hello, Walter, we’re making.” Matthau got over it because he attended Streisand’s charity concert in 1986.

Actress Faye Dunaway and director Roman Polanski seriously clashed on the set of China Town. Polanski has plucked a stray hair from Dunaway’s head because it was ruining his shot. Also, when Dunaway once asked what her motivation was in a scene, Polanski said it was her paycheck. But the worst incident came when Dunaway was filming a scene in a car and needed a bathroom break. Polanksi said no, irking Dunaway so much, she urinated into a cup and threw the liquid at him. Dunaway later denied the incident. 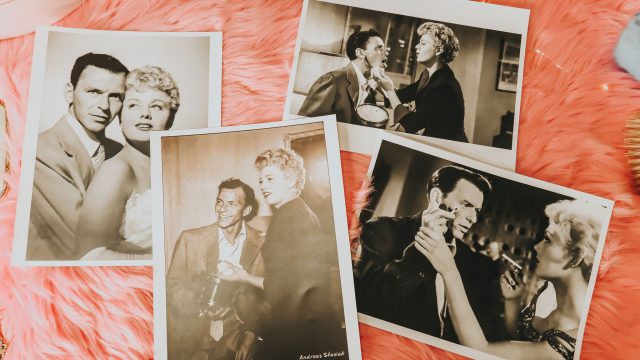 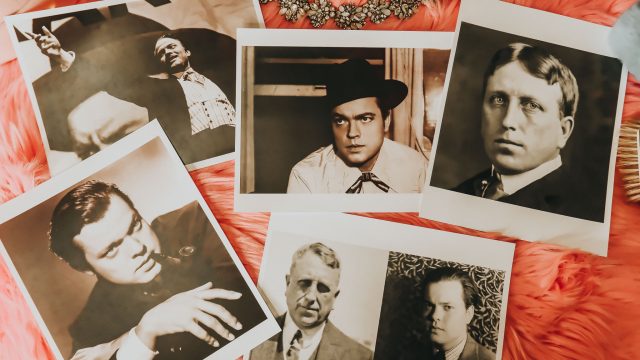 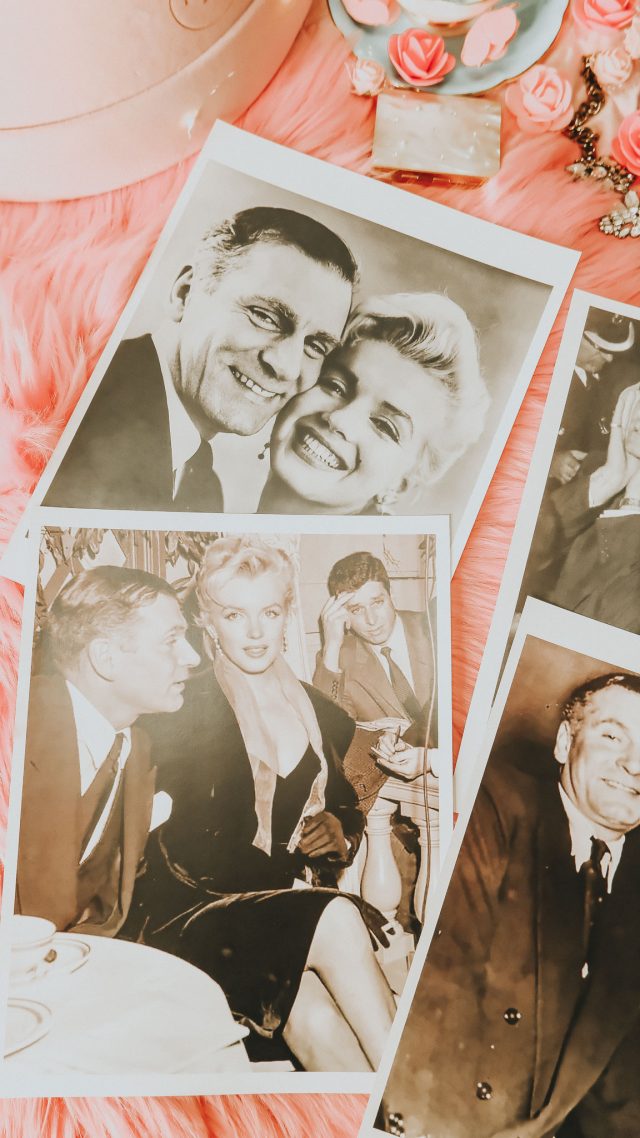 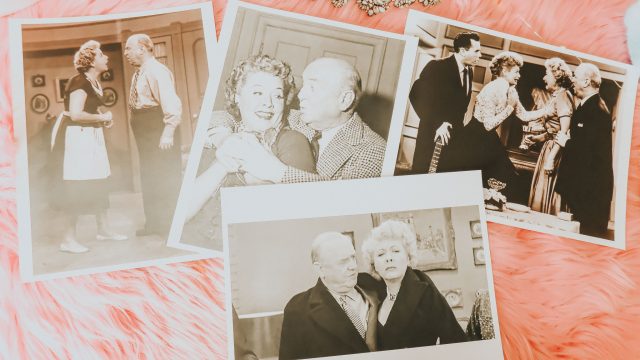 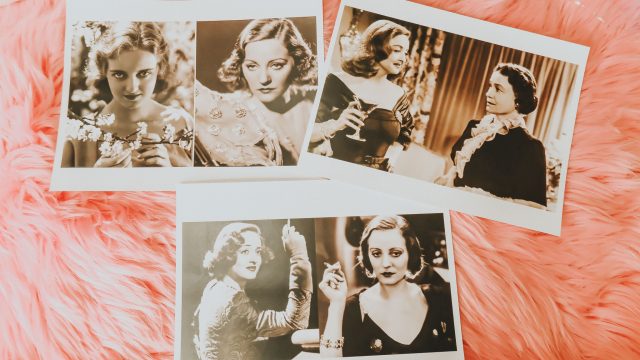 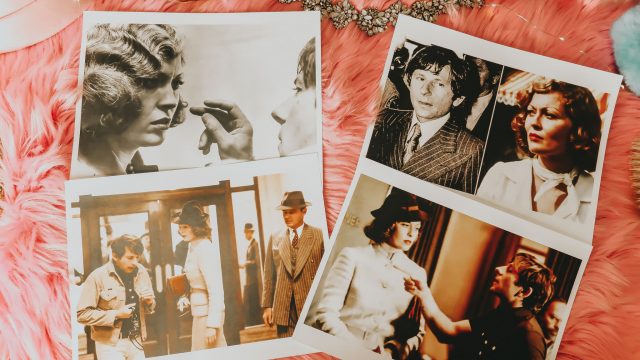 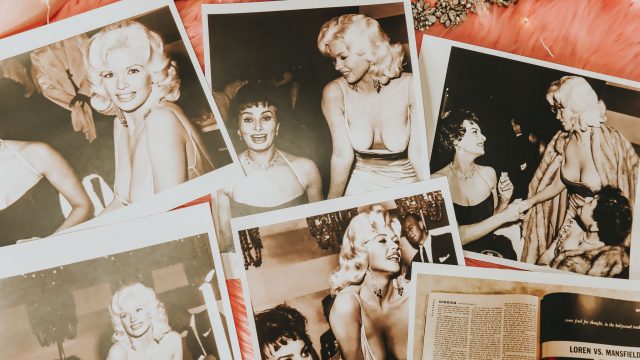 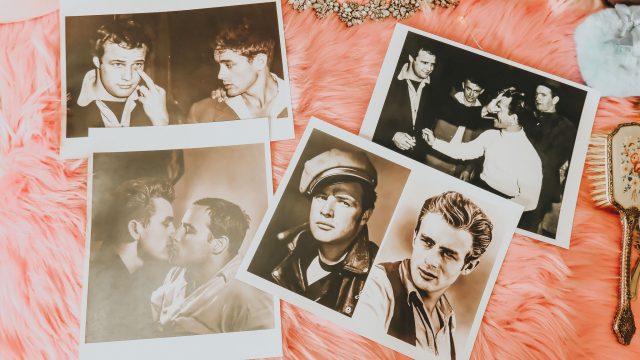 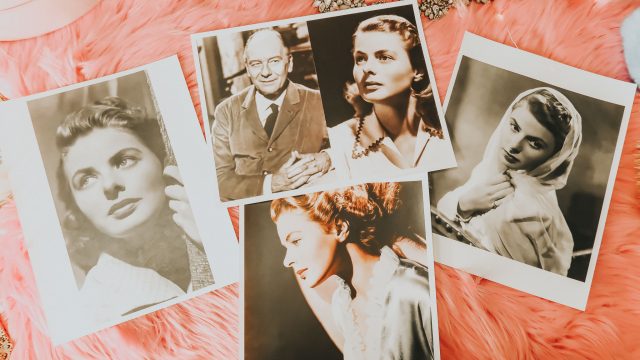 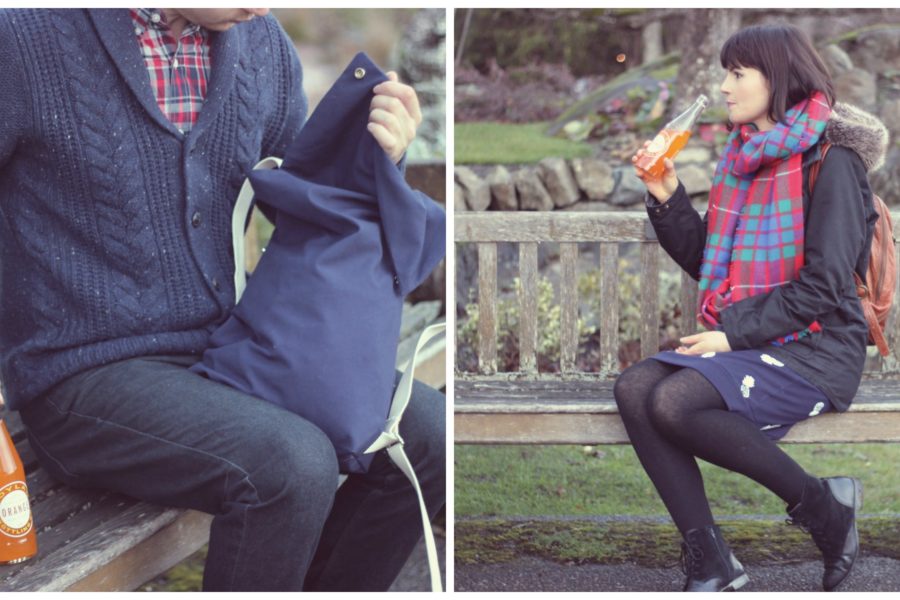 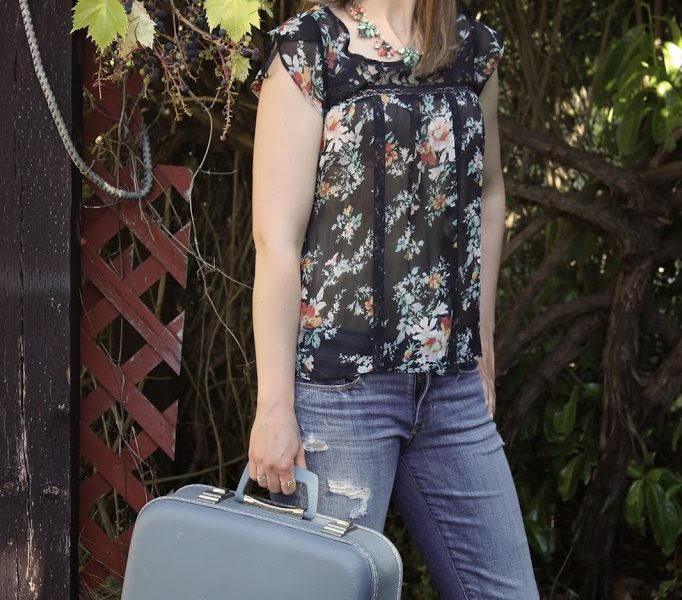 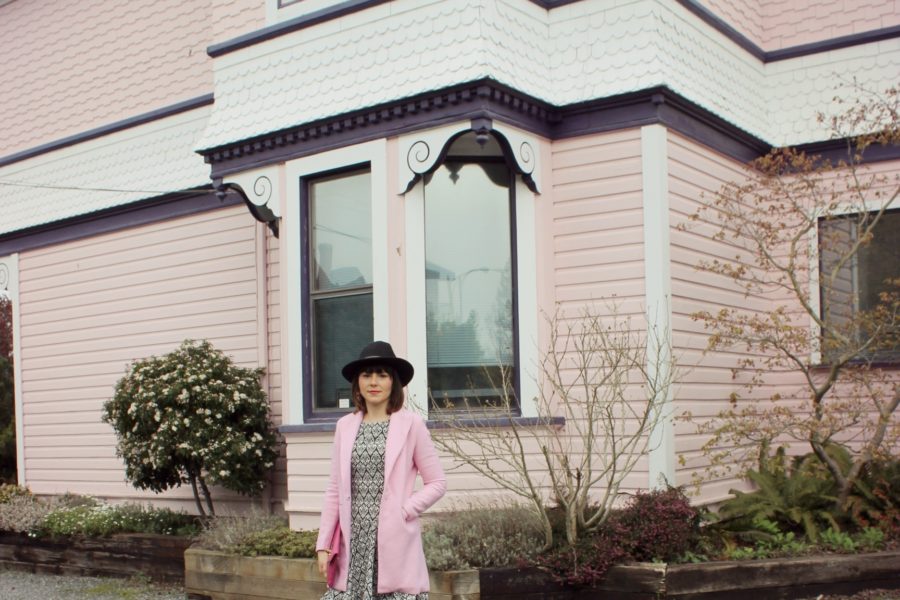