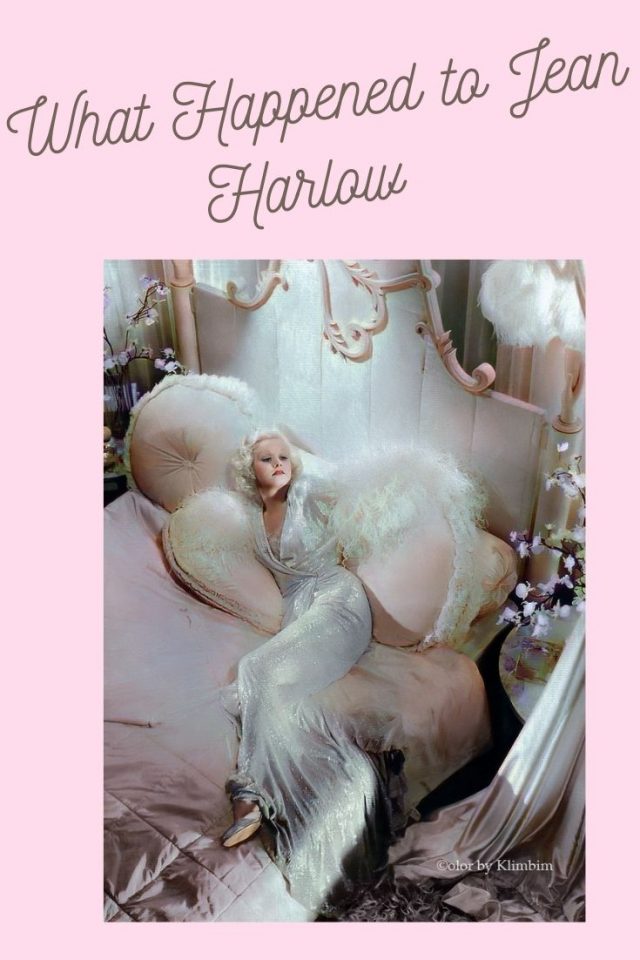 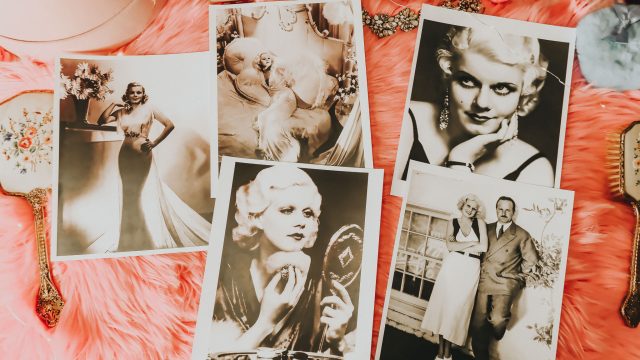 What happened to Jean Harlow:

When it comes to Old Hollywood blond bombshells most people think of Marilyn Monroe. Before Norma Jean Baker became a 1950s screen siren, another actress defined the Hollywood platinum blonde concept: Jean Harlow. Marilyn Monroe grew up watching the 1930s star, even modelling herself in the icon’s image. Sadly, Marilyn did follow in her favourite actress’s footsteps, and not just in terms of fame: The two starlets’ untimely and controversial deaths were as similar as their successes in life.

Just as Marilyn Monroe used to be Norma Jean, Jean Harlow was born Harlean Carpenter on March 3, 1911, in Kansas City, Missouri. Harlean’s mother’s name was Jean Harlow, but after her daughter took on the screen name, she began going by “Mother Jean.” Similarly, Norma Jean would borrow her mother’s maiden name of Monroe. Meanwhile, Harlean’s lifelong nickname among friends and family was “The Baby.”

When Harlean was a child, Mother Jean aspired, to be an actress. She divorced Harlean’s father, a dentist, and moved herself and Harlean to Hollywood to pursue her dreams, but she never found success. So, mother and daughter moved back to the Midwest, where Mother Jean married Marino Bello. At age 15, Harlean caught scarlet fever, an illness that may have contributed to her eventual death.

But, according to an episode of You Must Remember This, a podcast by Karina Longworth, Harlean was soon healthy enough to marry the first of her three husbands. Harlean was 16 when she married 20-year-old Charles McGrew—the same ages as Norma Jean and her first of three husbands, James Dougherty. The next year, Charles inherited a small fortune and moved with his new bride to Beverly Hills, where the couple carried on a reportedly rather raucous party lifestyle.

The Making of a Movie Star

Fox executives discovered Harlean while she was visiting a movie lot with a friend. She wasn’t all that interested in becoming a star, even giving them a fake name: her mom’s. But indeed, they were interested in her—or at least, in her look: a glamorous blonde with killer curves.

At the insistence of Mother Jean, the newly dubbed Jean Harlow began auditioning and appearing in Laurel and Hardy shorts and even left her husband when he expressed opposition to the idea of her acting.

Though she had just a small part in the 1929 film The Saturday Night Kid, Jean all but stole the show from the lead, Clara Bow, the “It Girl” starlet of the time. Her big break was in Howard Hughes’s Hell’s Angels (1930). She replaced the original lead, silent film star Greta Nissen, who spoke with a thick Norwegian accent and couldn’t transition to the “talkies” in the director’s mind.

Hughes’s publicity director is credited for coining the moniker “Platinum Blonde,” says The Atlantic (just as Mary Pickford was designated “America’s Sweetheart”). So successful was the nickname that a 1931 Frank Capra film was renamed Platinum Blonde, especially for the white-haired Jean, even though she was the supporting actress and not the film’s leading Lady. Of course, the hue wasn’t natural: Jean’s hairstylist dyed it weekly with an incredibly harsh and dangerous combination of peroxide, ammonia, Clorox, and Lux flakes. Still, the look inspired thousands of women to purchase peroxide and attempt (often unsuccessfully) to re-create it themselves—including, eventually, the future Marilyn Monroe. She even hired Harlow’s same stylist to colour her hair.

While another beautiful blonde actress, Thelma Todd, had already paved the way for the bubbly curvaceous blonde persona, Jean took it in a new direction. In only a few years, the actress established herself as a smouldering sex symbol while simultaneously displaying a severe skill to quick comedic dialogue. Yet, she was given mainly “dumb blonde” parts and was considered by some to be the same in real life (perhaps one of the most obvious parallels to Marilyn Monroe). 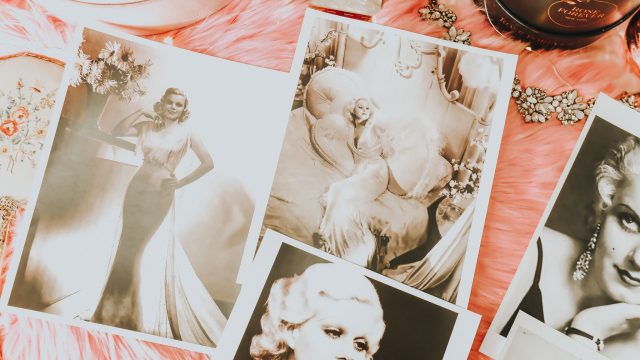 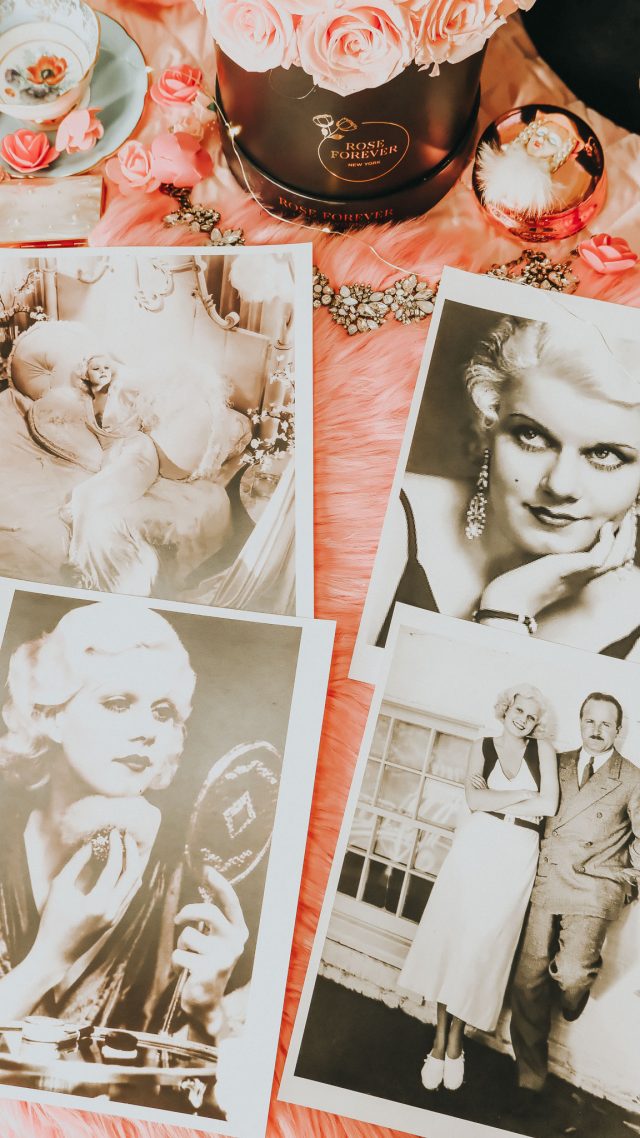 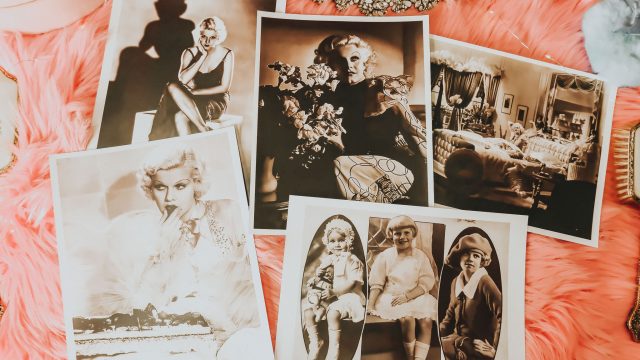 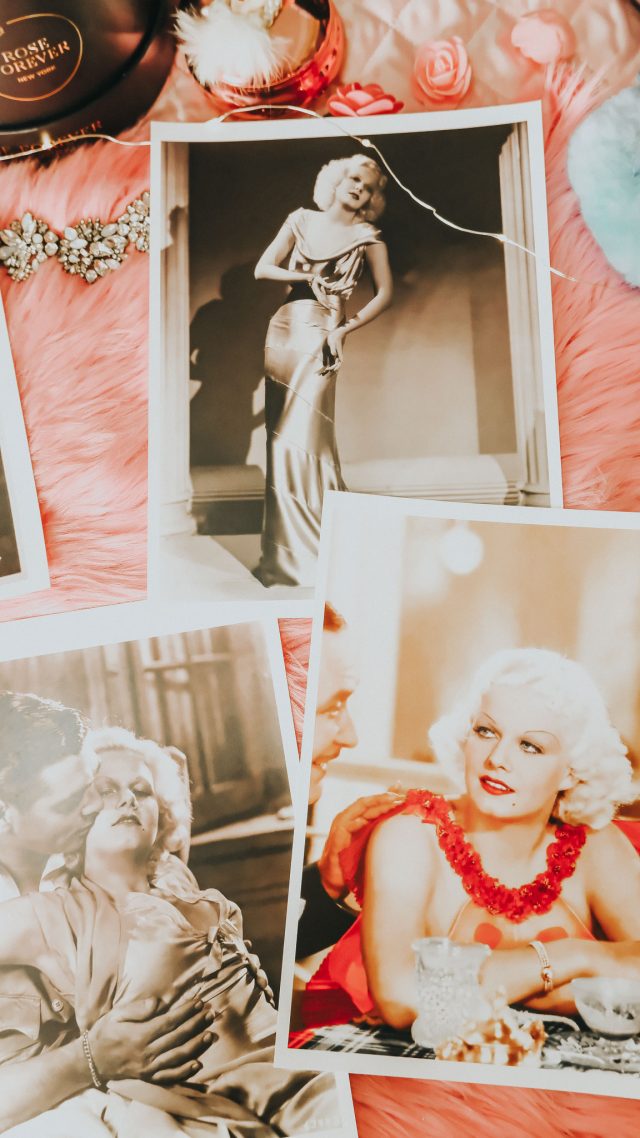 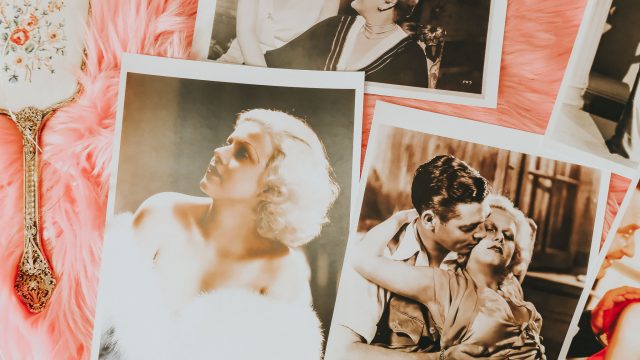 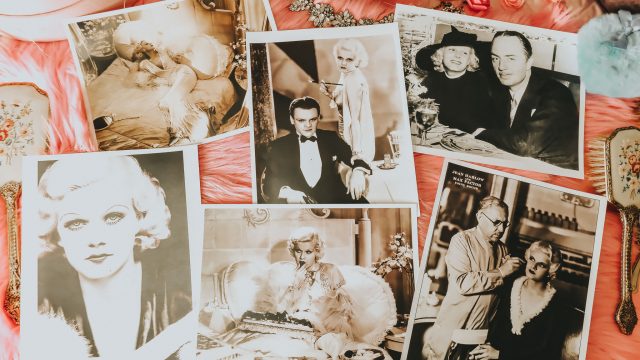 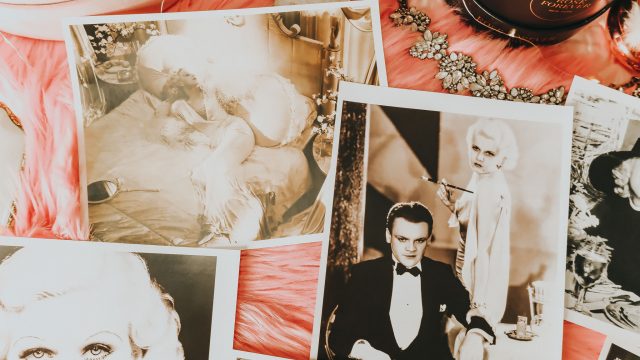 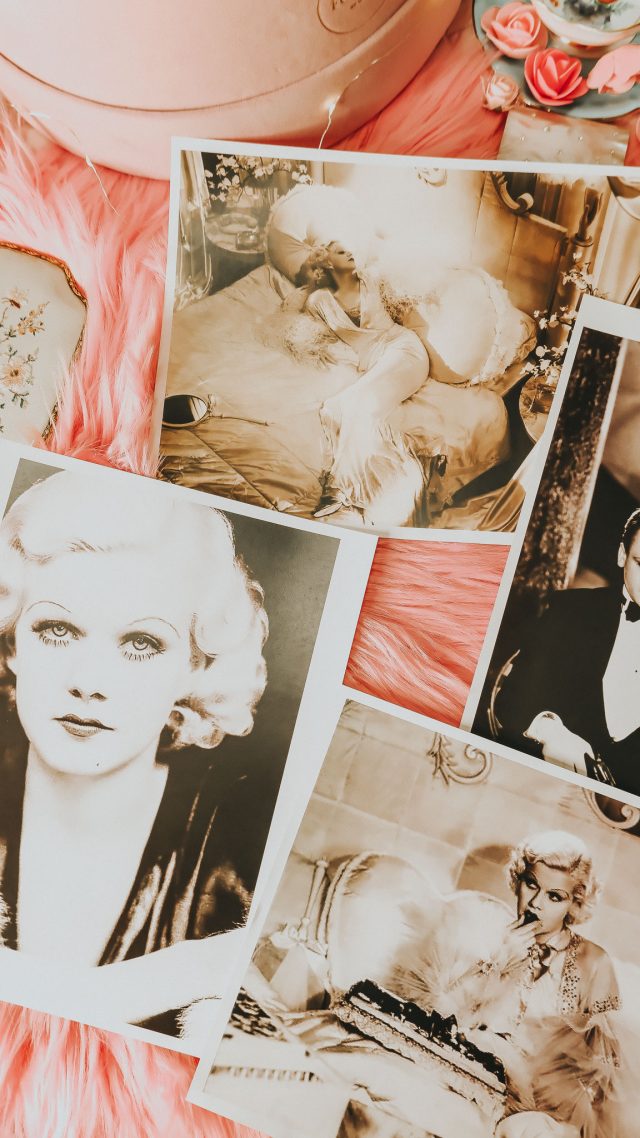 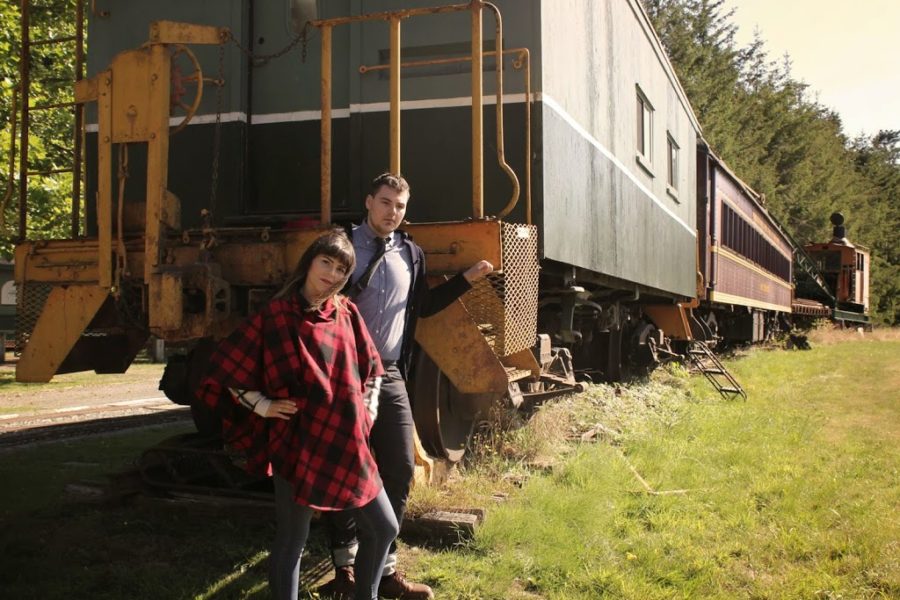 Strangers On A Train 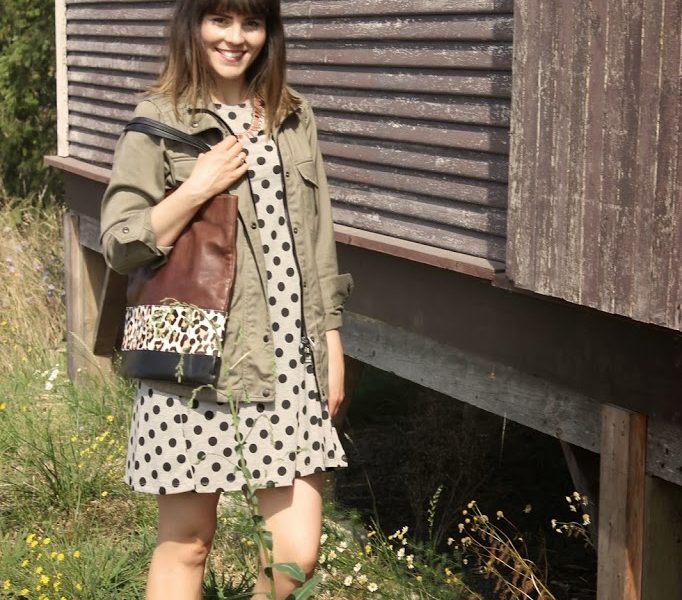 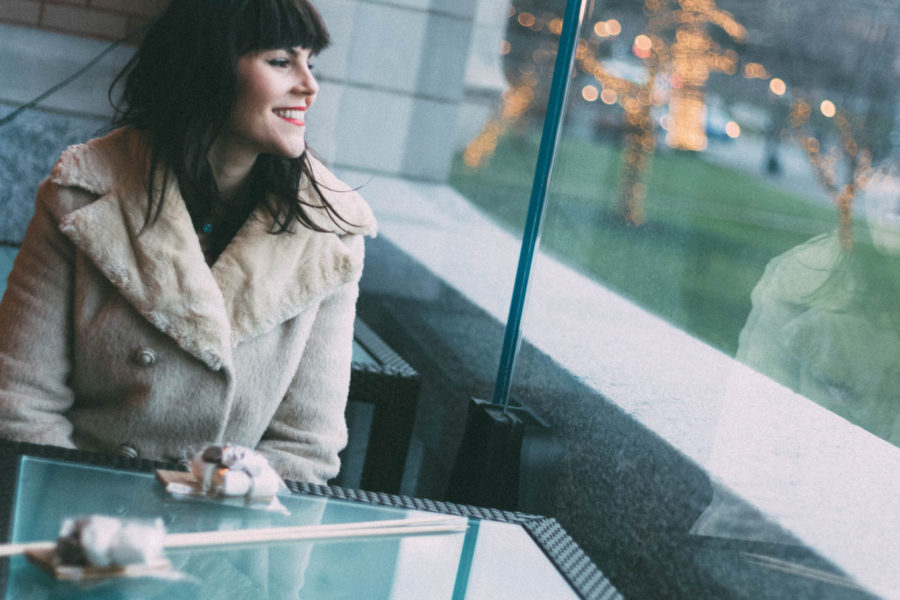 Christmas at The Empress