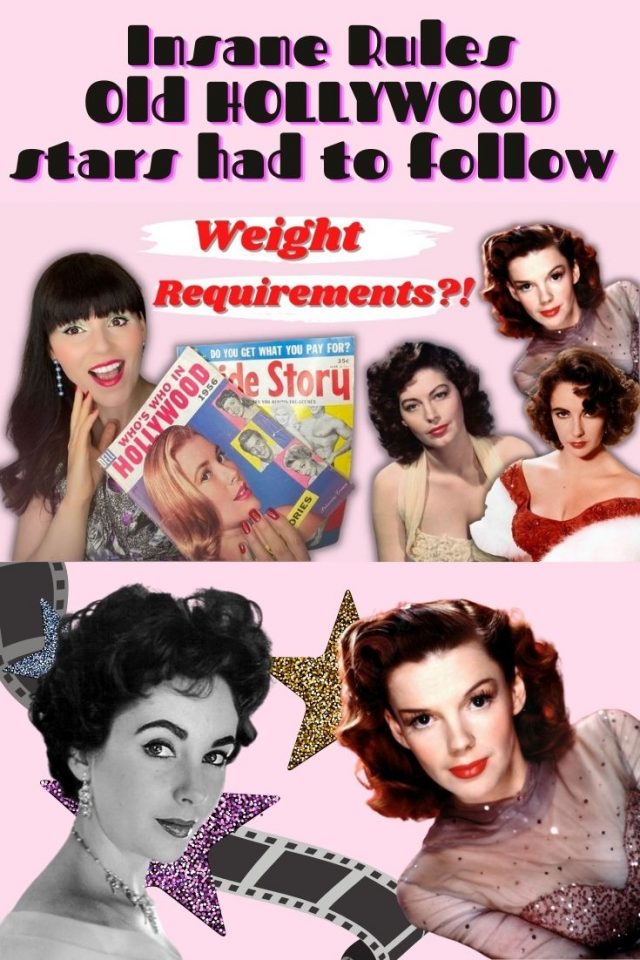 Insane rules Old Hollywood Stars had to follow during the Golen Age of Hollywood.

Hello, my name is Peggy, and I am Hedda Hopper’s best friend; I worked at MGM for 15 years during the Golden Age of Hollywood, and I know all of the dirt.

The golden age of Hollywood was the period from the 1920s to the 1960s, when the big five studio system ruled the film industry. These studios created stars like Marilyn Monroe and Judy Garland, but they also controlled the actresses with strict contracts and many other ways.

During the golden age of Hollywood, the film studios would discover talent and sign them to a four to seven-year contract so that they couldn’t work with any other studio during this period. This could make or break the actor’s career depending on the actor’s movies under contract.

2.Talent could be loaned to other studios

Elizabeth Taylor was notoriously known for getting MGM to work on more complex films like Suddenly, Last Summer Giant and A Place in the Sun.

3.Actors could not refuse a part

During the reign of the studio system, it was unheard of for an actor to refuse apart because it would lead to significant consequences. Warner Brothers, for turning down roles, suspended Bette Davis.

4.Studios would try and tank your career

MGM wanted to break their contract with John Gilbert, so Louis B. Mayer, co-founder of MGM, planted rumours about the actor and intentionally put him in bad movies to tank his career, and it worked.

5.Actors had t change their names

So many Old Hollywood stars had to change their names, including Rita Hayworth, Marilyn Monroe, Judy Garland and these stage names were picked by the studios. MGM even held a contest to choose Joan Crawford’s name, which she reportedly hated. Her orginal name was Lucille LeSuer.

6.Women were forced to change their appearance

Many stars had to get plastic surgery and change their appearance, and studios went to great lengths to make their new starlets marketable, and the actresses had to go along with it.

7.They had to take acting classes

A lot of studios saw acting potential in up-and-coming actors before they got any significant roles. It was prevalent for a star who had already signed contracts with the significant Studio to take acting classes.

Actors also had to take voice lessons to work on their speeches. Lauren Bacall had to go through a series of voice lessons when she signed with Warner Brothers; This is how she developed a low sultry voice which set her apart from her peers.

9 Then had to do minor film roles first.

Taking on minor film roles helped groom the new stars and allowed the studio system to test the actors—this how Ava Gardner wound up in Hitler’s Madman and Sharon Tate in the Beverly Hillbillies.

10.Actresses had to uphold an image

Women in Hollywood were very limited and had to portray the all-American girl next door or sexy bombshell. Studios went to a great length to market these images to their audience. they even made up fake backstories for their talent.

Hollywood had a looks over talent philosophy, and actresses always had to be ready to be photographed. Weight maintenance was also included in contracts.

12.Wearing pants was frowned upon

Katharine Hepburn rejected her Studio’s dress code guidelines, walked around on set in her underwear, and refused to get dressed because someone in the costume department took her pants away.

Male actors were not exempt from the studio systems rules and regulations. They had to be a gentleman at all time. Womanizing behaviour, messy divorces or illegal activity would have a severe impact on the actor’s career.

14.Actors had to suck up to the press

Old Hollywood film stars had to cater to the press with staged photo ops and had to be on when the occasion happened.

15.They had arranged relationships and love lives

The actors were forced on sham dates as a way for the Studio to drum up attention and publicity for an upcoming motion picture featuring their stars. Mickey Rooney and Judy Garland had to act like a couple while promoting the movie Babes in Arms. In real life, Rooney was a well-known playboy.

Studios forced LGBTQ actors into heterosexual marriages. Rock Hudson was forced to marry his agent’s secretary Phyllis Gates. He didn’t reveal that he was gay until he publicly announced his aids diagnosis.

17.Some relationships were forbidden

Jean Harlow was not allowed to marry William Powell because MGM thought that her sex appeal would be altered. The Studio was allowed to deny her marriage due to their morality clause.

18.Actresses weren’t allowed to have children

Did you hear that Ava Gardner had abortions to prevent penalties with MGM? Since I worked at MGM, I know that we tried to penalize her several times about having babies, so it was unfortunate that we had to force this on her.

19.There were some loopholes

So even though we didn’t allow the actresses to have children, both Joan Crawford and Elizabeth Taylor adopted children because it allowed them to continue to work. I also heard that Loretta young kept her pregnancy and birth a secret, and she later adopted her biological daughter Judy Lewis who was so shocking to hear because no one knew this when it happened.

20.Promoting their films was everything.

I know Elizabeth Taylor went the extra mile when it came to promoting films. She was with MGM, and I know all the gossip on Elizabeth Taylor because when I worked there, I heard everything. I know that her marriage to Conrad Hilton was a widely publicized event that was conveniently timed with the release of her movie Father of the Bride, and trust me, MGM paid a pretty penny for this wedding.

21.Getting a Vacation was very difficult

MGM made it very difficult for its talent to get time off from filming. In 1941 when Judy Garland married the composer, David Rose, MGM didn’t approve any time off for her wedding. Judy was forced to return to work 24 hours after her wedding, and she got no honeymoon.

22.Women had to maintain slim figures.

Marlene Dietrich was one of the earliest known film stars told to lose weight, and the pressure for actresses to look a certain way hasn’t gone away. As a child star, Judy Garland was force-fed speed and encouraged to smoke cigarettes to curb her appetite.

Studios would place actresses on strict diets if they gained weight. Marlene Dietrich followed a diet of broth, cottage cheese, and toast dictated by her Studio.

Starlets often exercised to maintain their physiques, although it wasn’t common to talk about it back then. Katharine Hepburn favoured tennis and swimming, while Marilyn Monroe was one of the first actresses to lift weights regularly.

Minimal child labour laws meant that studios could require children to work just as much as their adult counterparts. For Judy Garland, that meant working six days per week and up to 18-hour shifts filled with singing and dancing. “Pep pills” (amphetamine uppers) gave her energy, and sleeping pills helped when she couldn’t rest at night.

26.sick days were a punishable event.

After getting hooked on the “pep pills” MGM gave her, Judy Garland struggled with addiction. She called in sick 16 days while working on Meet Me in St. Louis, and the actress delayed production on The Pirate. All filming delays due to her absence came out of her paycheck, which at one point reached $100,000.

27.Even children knew not to waste the Studio’s time.

Shirley Temple learned from a young age that it was never a good idea to be unprofessional on set. “Time is money. Wasted time means wasted money means trouble,” she wrote in her book Child Star.

28.Actors had to use studio assistants.

Studios often appointed assistants to their actors, who would advise and take care of the stars. They would also report back to the Studio and essentially act as spies. Judy Garland was reportedly devastated when she found out her nanny had been betraying her.

As studios strived to present their actors and actresses in the best possible light, rumours or scandals could jeopardize a career. Actress Clara Bow was one of the most famous women in the 1920s until her rumoured promiscuity caused her to lose her contract with Paramount.

30.Actors had to fight for the best roles.

After all, a series of subpar roles could lead to labels that were hard to shake. The Independent Theatre Owners Association of America labelled Marlene Dietrich, Greta Garbo, and Katharine Hepburn “box-office poison” in the mid-’30s. Hepburn eventually navigated herself out of the situation, but not every actress could.

31.They had to adhere to the production code.

Since 1934, there was a strict production code that censored films. Actors and studios had to adhere to the requirements set forth by the Hays Office, which banned curse words, sex, and more.

Some of the rules put forth by the censorship were about on-screen kisses, as they were not meant to look too “lustful,” which meant that they couldn’t last longer than three seconds. This explains all of those intense but short lip-locks in old movies.

33.On-Screen lovers couldn’t get too comfortable

The “one foot on the floor” rule was implemented to keep actors from looking too horizontal while filming an intimate scene.

Lucille Ball and Desi Arnaz, who were married in real life, had to follow the code’s requirements that actors portraying married couples had to sleep in separate beds. 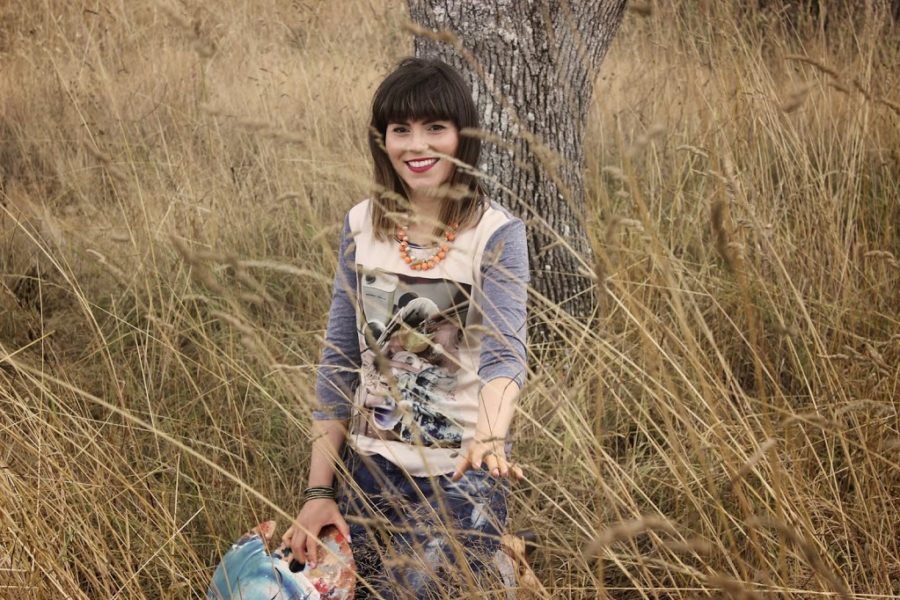 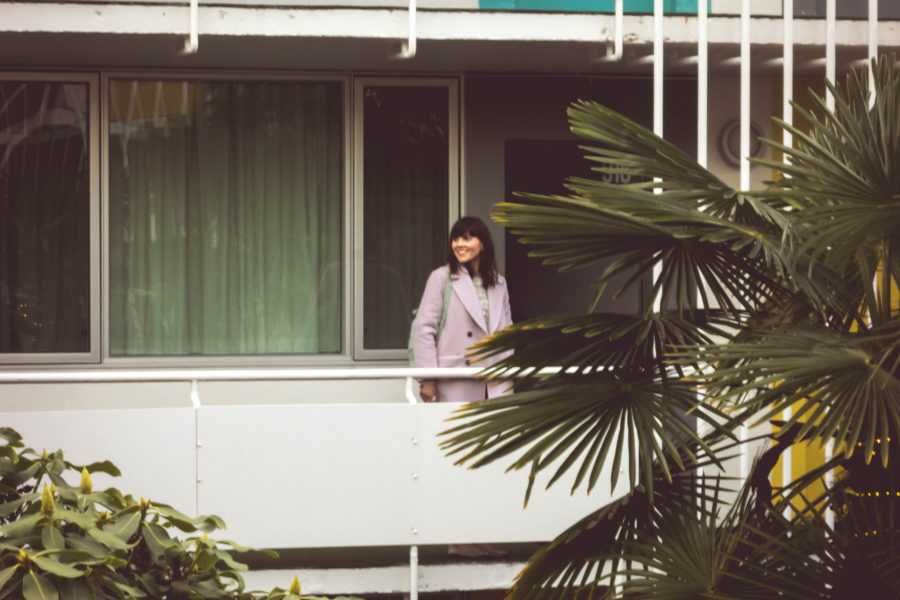 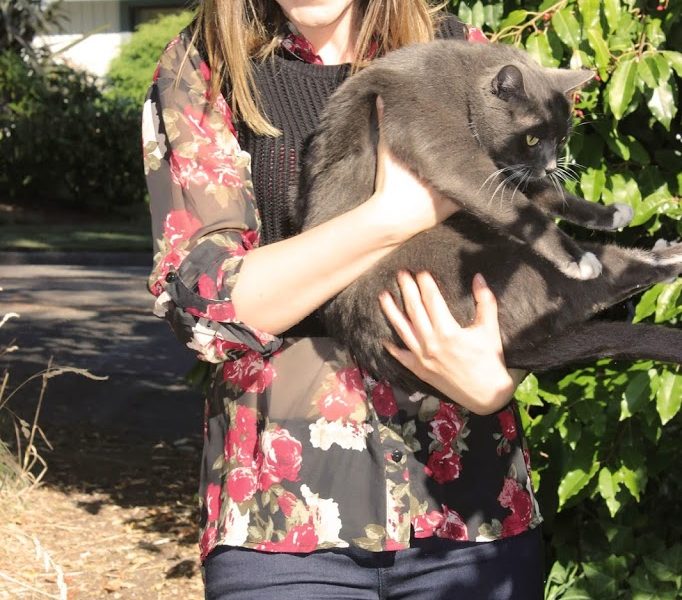