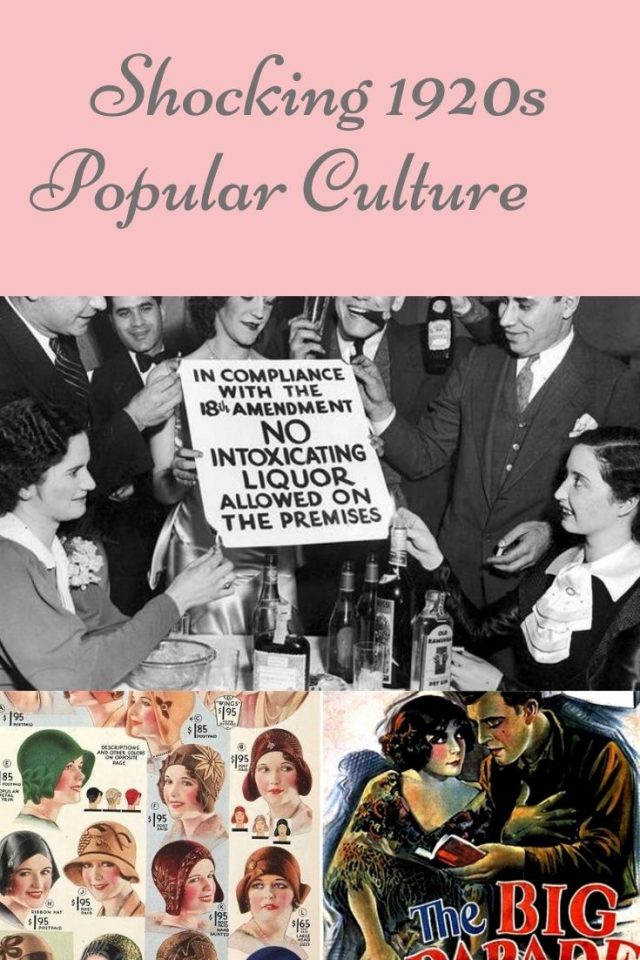 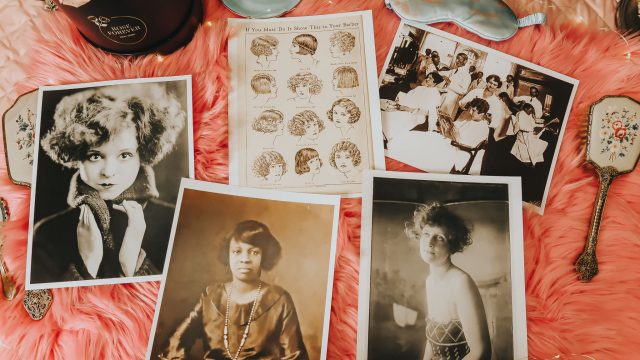 Hello lovelies, today I will be taking you back in time to discuss the shocking pop culture of the roaring 20s.

The 1920s was a decade f change compared to previous decades. American’s owned cars, radios and telephones for the first time. Prosperity was on the rise in cities and towns, and social change flavoured the air. Women shortened, or “bobbed,” their hair, flappers danced and wore short fancy dresses, and men shaved off their beards.

Fashion in the 1920s had changed entirely, especially for females. Any bit of being “Victorian” looking or modest went out the window. Organized crime was at an all-time high, fueled by Prohibition. There were bootleggers, flappers and this cool new music called “jazz.” Most people began to discover the “city” life, and less lived in rural areas and farms. The economy was booming; there were shiny new cars on the road, money to be made, and lots of brand new inventions.

The Twenties are often called the Jazz Age because Jazz music’s popularization had an enormous cultural effect. Jazz music was important because it influenced fashion, dances, accepted moral standards, youth culture, and race relations. Louis Armstrong was an American trumpeter, composer, vocalist, and actor among the most influential jazz figures.

2.Drink Cocktails from a teacup

During Prohibition, cocktails were typically prepared in teapots and drunk from teacups, so, in the event of the speakeasy being raided, everything appeared to be all above board.

Created in 1920, the candy bar owes its name to happenstance. Williamson Candy Co. of Chicago, where it was created, had an employee named Henry. The young man was popular with the ladies, and during his visits, they would say, “Oh, Henry, will you do this for me? as a way to keep him around a bit longer. When it came time to name the new candy, a salesman hanging around the store remarked, “All you ever hear around here is, “Oh, Henry!” — so that’s what they called the new candy bar.

Always a classic, these tasty breakfast treats were a hit during the 20s. A change from cold delicacies to start the day earlier in the 1900s, folks loved to feast on flapjacks in the AM to warm their bellies for the long day ahead.

Jell-O, introduced in 1897, became a pantry staple, and by the 1920s was termed “America’s most favourite dessert.”

The Gin Rickey was a trendy drink during Prohibition times, most likely due to its simplicity,”

The cocktail makes an appearance in chapter 7 of The Great Gatsby.

The 1920s saw a vast expansion of Hollywood film making and worldwide film attendance. Throughout the decade, film production increasingly focused on the feature film rather than the “short” or “two-reeler.” This change began with works like the long D. W. Griffith epics of the mid-1910s and became the primary style by the 1920s. In Hollywood, numerous small studios were taken over. They made a part of larger studios, creating the Studio System that would run American and Spanish and polish and pool open to the public film making until the 1960s.

Chanel no. 5 was the first perfume launched by French couturier Gabrielle “Coco” Chanel in 1921. The scented formula for the fragrance was compounded by French-Russian chemist and perfumer Ernest Beaux.

Shalimar was re-released in 1925 at the International Exposition of Modern Industrial and Decorative Arts. J

By 1922, sales of the products had gone down, as many believed that such a readily available product could not perform as well as other “designer” products. Because of this, the Pond’s Company then targeted royalty, politicians and people of high-class stature to become advertisers for the company. These ads were also printed in magazines such as Vogue and others to give customers a feeling that they were getting a quality product for a fair price.

11.Get a short bob hairstyle

by 1924, most women were taking the plunge and chopping off long locks. Frizzy curls and waves on the side of the face were the preference in the early ’20s, followed by smoother, sculpted waves in the mid-twenties. Messy, frizzy and massive was the Bohemian look the first flappers embraced.

13.Get a moon manicure

Moon manicure, 1920 or 1930s. Nail lacquer took off in the 1920s when French makeup artist Michelle Ménard partnered with the Charles Revson company, Revlon, as we know it today. … The “moon manicure” was in Vogue: Women kept their nails long and painted only the middle of each nail, leaving the crescent tip unpolished.

Since the 1920s, Tangee® lipstick has been bringing out the natural beauty of women everywhere. That’s because it goes on clear, then gradually changes colour to accentuate your skin tone best.

Dainty little beaded 1920s flapper bags and purses were highly decorated to match the era’s beautiful flapper dresses. Too small to carry more than makeup compacts, a few dollars, and cigarettes, they were more fashion accessories than practical handbags. 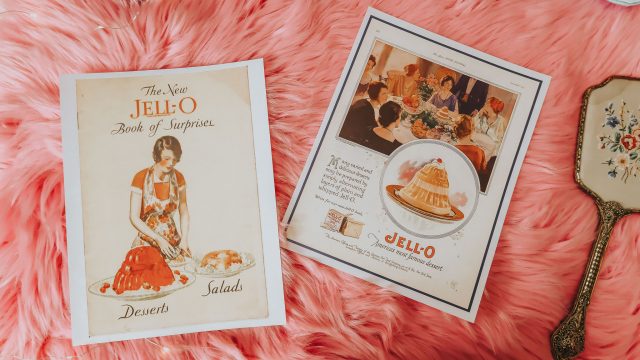 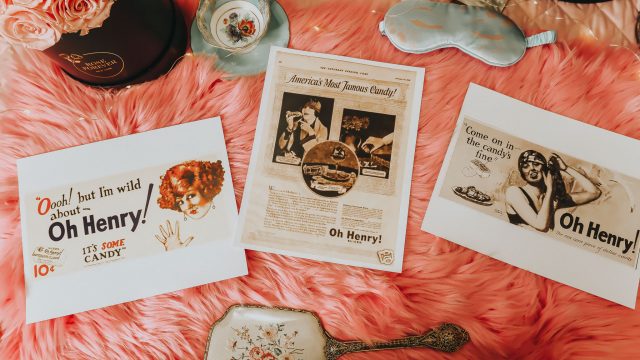 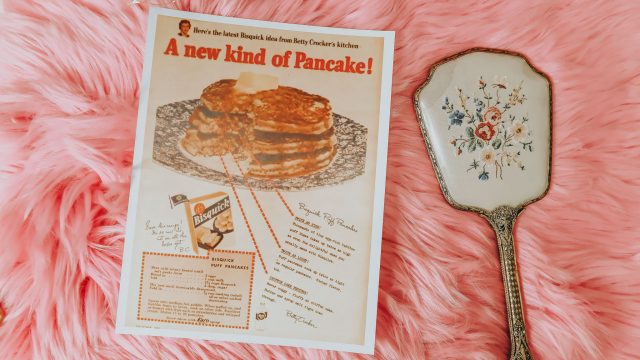 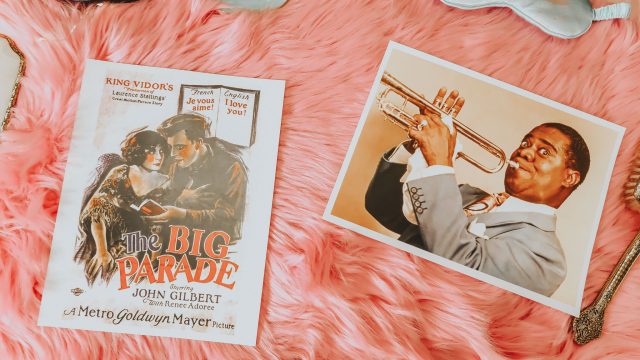 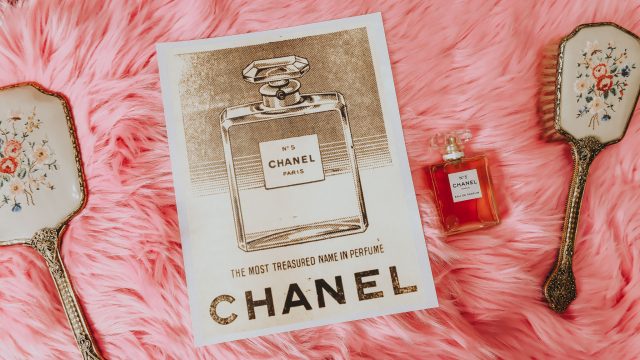 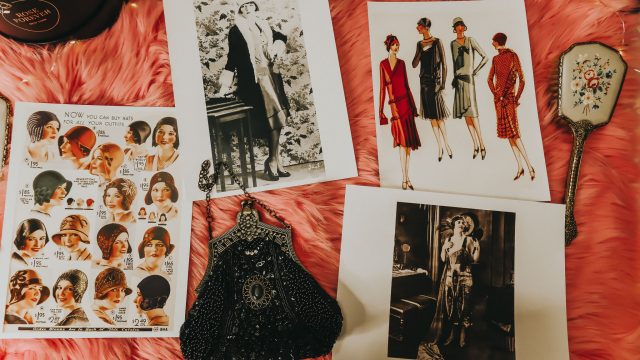 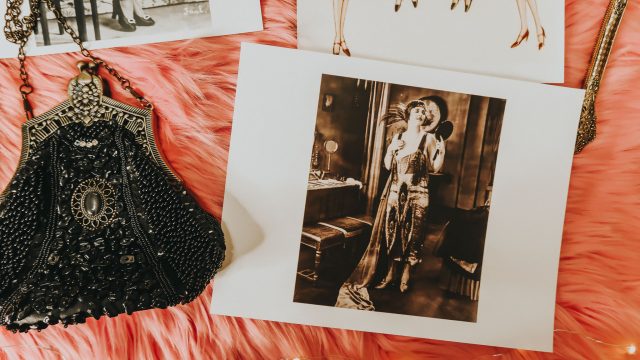 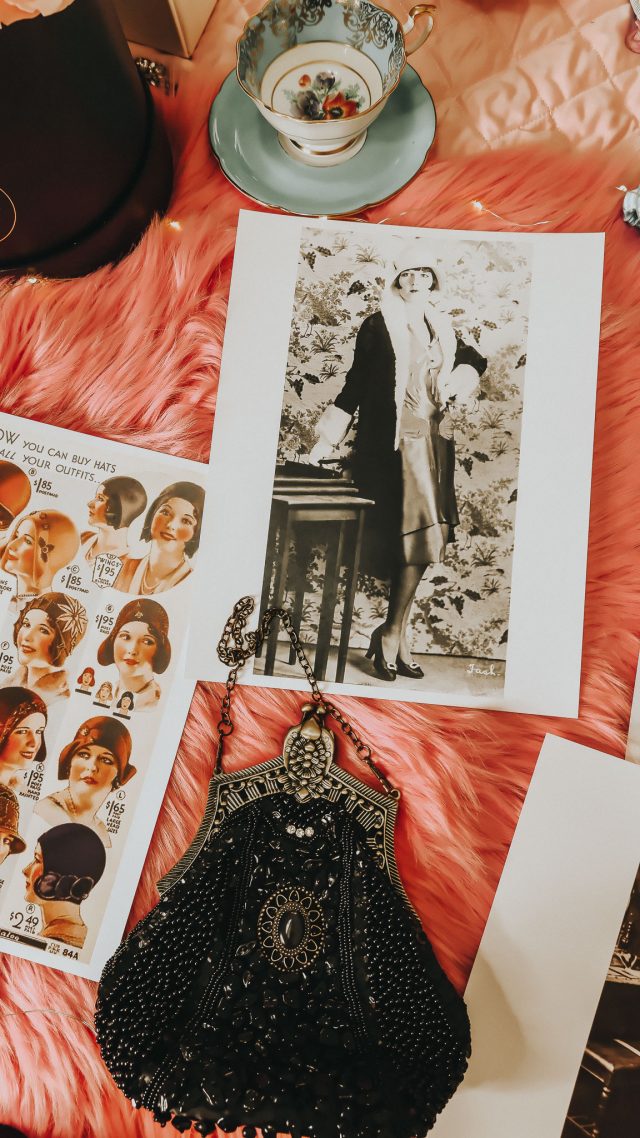 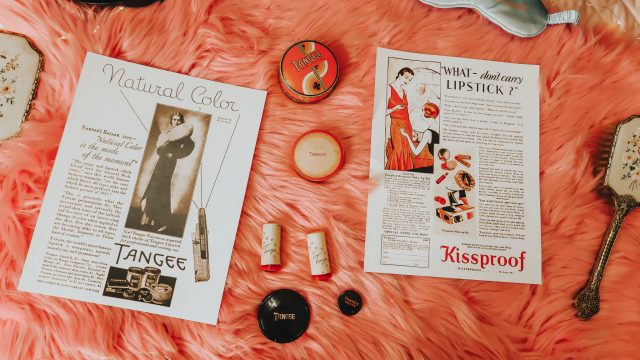 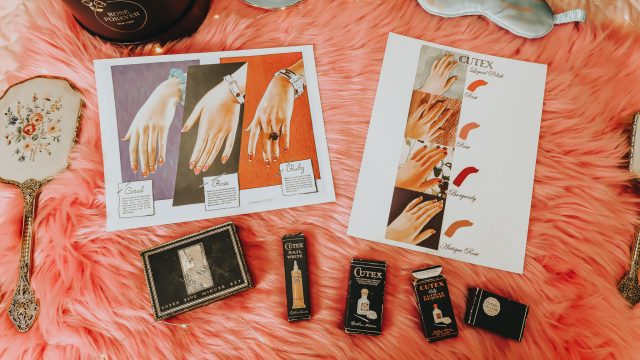 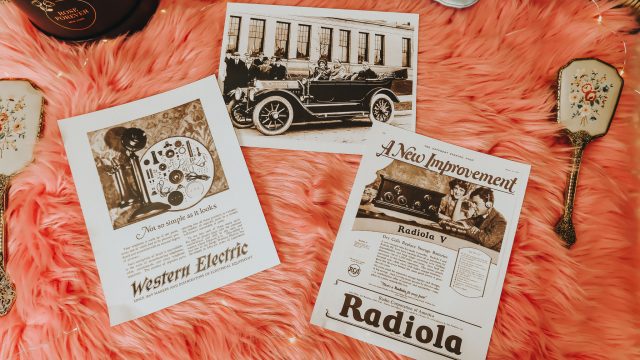 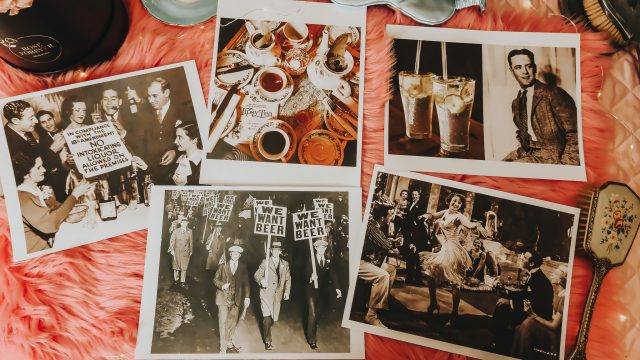 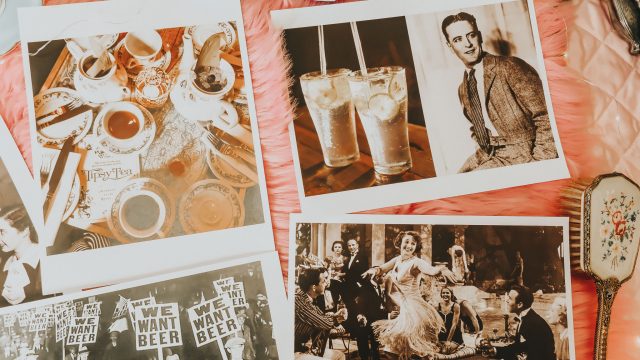 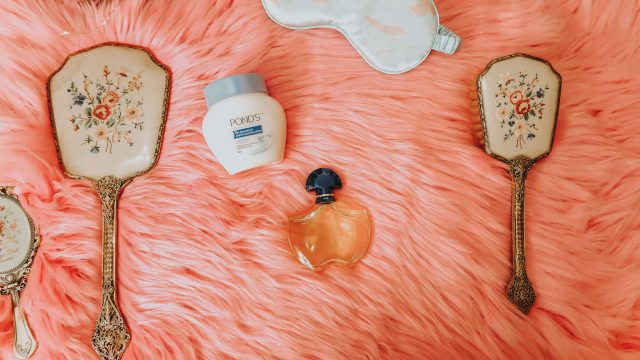 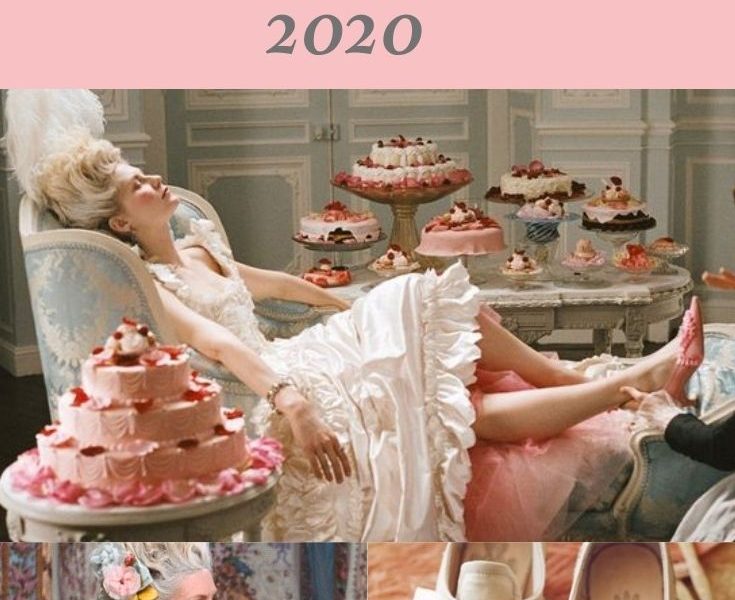 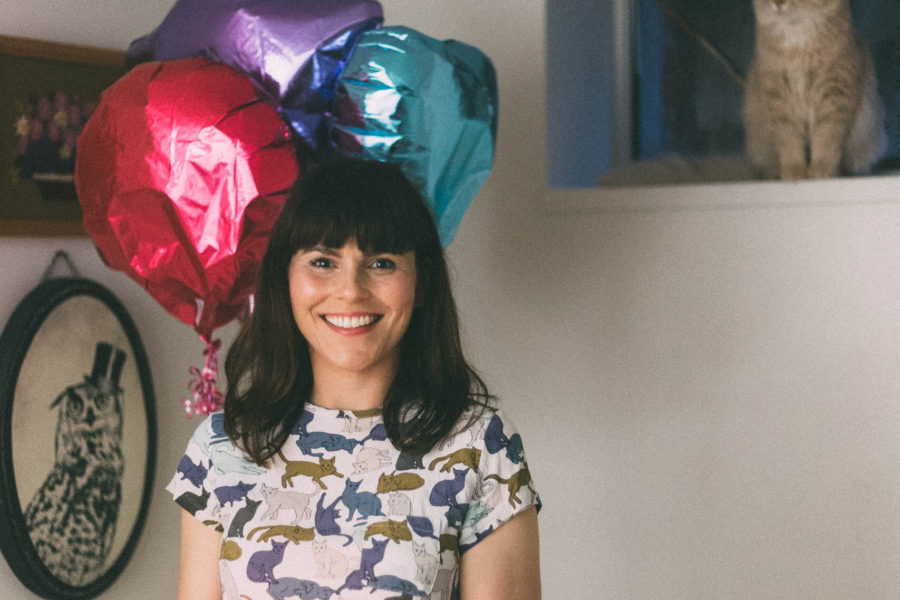