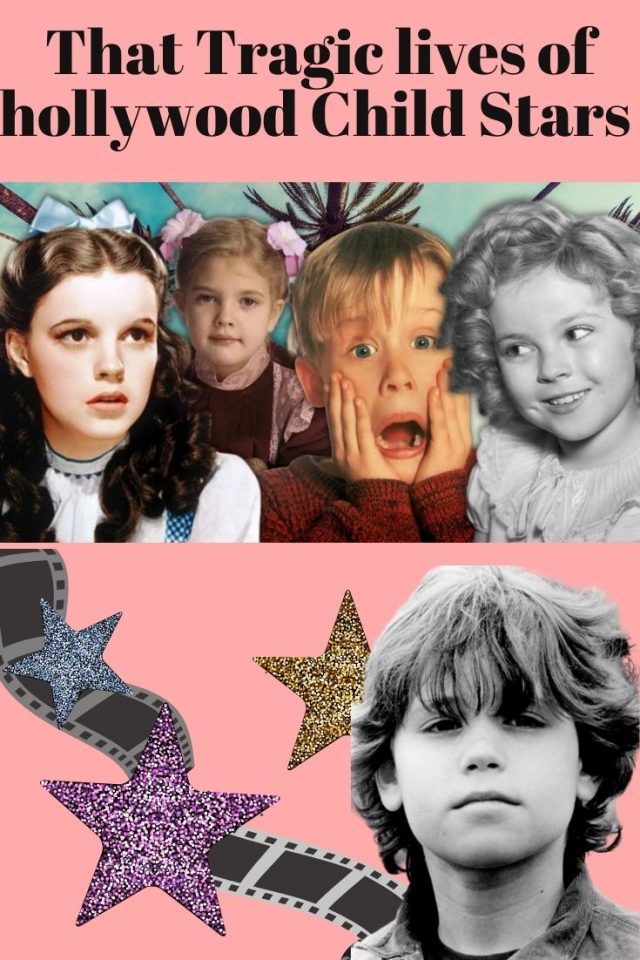 It is no secret that the lives of Child stars are often tragic.
The result of these children living in the spotlight most often leads to a life of one addiction after another. The intense pressure that comes with growing up in Hollywood is what has contributed to the downfall of some of the industry’s most beloved child actors. From sexual abuse, body shaming, and underage drinking, each star has faced adversity in the spotlight from as young as age seven.

Very rarely have we seen young actors lead productive and healthy lives. We see that from the trials and tribulations of a sixteen-year-old Judy Garland on the set of the beloved classic film, The Wizard of Oz, to the disturbingly shocking details behind Drew Barrymore’s underage addiction.
After years of Hollywood scandals, there are now more strict regulations and guidelines to prevent abuse, overworking, and the protection and privacy of child actors.

The first Child Star on the List is Shirley Temple:
Child actor Shirley Temple was well known for her innocent charm, although her beginnings in Hollywood were not. The curly-haired child star had a questionable Hollywood origin story. Shirley Temple was known to be the nation’s first “real” child star, seen in films throughout the Great Depression. Shirley Temple was famous for her bold attitude, adorable dancing, and most famously, her curly red hair. Shirley Temple was seen as a beacon of innocence and joy amidst the Great Depression of the 1930s. In a film titled War Babies, she is seen wearing a loose-fitted top that seems almost to be purposely designed to slip and fall down her arms provocatively and suggestively. The most concerning aspect of the film is that Temple is required to channel the mannerisms and demeanour of an adult that was not suitable for a young child. The studios overly sexualized and exploited her.

The next child star on the list is Judy Garland.
Judy Garland is considered to be one of Hollywood’s most iconic performers from the golden age of Hollywood. Judy Garland was known for her beautiful voice and charm. Behind all the glitz and glamour, Judy Garland experienced years of immense pressure, torture, and abuse that led her to a life of substance abuse and, ultimately, death.

When Judy signed her first record deal at the age of thirteen, she was constantly criticized for her physical appearance. She was often referred to as the “ugly duckling,” hunchback,” and a “little fat pig with pigtails.” The constant abuse led the Hollywood star to her addiction to amphetamines. Garland admitted later in her life to taking drugs to keep up with the demands of the film industry.
In The Wizard of Oz, directors forced Garland to wear constricting corsets and layers to conceal her breasts and figure to appear as a young and beautiful Dorothy. Garland was forced to adhere to a strict diet that included nothing but chicken soup, black coffee, cigarettes, and diet pills.
Judy Garland’s lifelong struggle with body image derived from the continuous mistreatment while being a part of MGM. Judy was constantly on the receiving end of sexual advances from the famous studio head Louis B. Mayer.

By the time Judy Garland was forty-seven years old, she was deeply in debt, broke, and desperate. In the summer of 1969, Judy Garland was found by her fifth and final husband dead in her London apartment. While the world may still find happiness and joy when watching her collection of films, it surely will be harder for me to watch them now, knowing the horrors of what she experienced that went into creating them.

Much like Judy Garland, Corey Feldman began his journey in Hollywood at the age of three, where he appeared in McDonald’s commercials. He also felt more pressure to secure coveted roles, and soon his mother was feeding him diet pills to keep his weight down, and she even physically assaulted him if he made any mistakes on set or at auditions.

As a teenager, Corey appeared in several films: Gremlins, The Goonies, and Stand By Me. Although it seemed as if his stardom happened overnight, his outward success could not cover up his inner traumas. At the age of fourteen, Corey Feldman was sexually abused by his newly hired assistant, and the abuse continued for over a year.

It was not until 2003 that Grissom, his abuser, would serve time in prison for child molestation. Corey Feldman confirmed the rumours called “The Two Corey’s” of the abuse that circulated in the 1980s, stating, “People said, ‘Oh, yeah, the Corey’s, everyone’s had them.’ People talked about it like it was not a big deal…I literally heard that they were ‘passed around.’ The word was that they were given drugs and being used for sex. It was awful — these were kids…There were all sorts of stories about everyone…that these two had been sexually abused.” Due to his sexual abuse, Corey Feldman began to experiment heavily with drugs. By 1990, Corey Feldman was standing on street corners selling his CDs to earn enough money to purchase drugs. In 1995 Corey Feldman finally got clean and became a vocal critic of Hollywood and the ways the industry treats child stars.

The other half of the “Two Corey’s” was Corey Haim, who was known as a teenage heartthrob and experienced rapid success in Hollywood early on in his life.
The rapid success was also the contribution to his downward spiral with substance abuse and ultimately death. Corey Haim got his first acting gig at ten years old in a Canadian series called the Edison Twins, followed by his first role on the big screen in 1984 in Firstborn.

While on the set of Firstborn, the then 13-year-old Haim was thrown against a wall amidst his co-star Peter Weller’s fit of rage. In 1986 Haim went on to star in a teen drama, Lucas. During this time, Corey Haim had his first encounter with drugs and alcohol and admitted to having his first beer while on set. These early incidences with substances ultimately led the young actor down a dangerous path of substance abuse with no return. After his 1987 debut in the horror film The Lost Boys, Corey Haim gained even more stardom and received thousands of letters from young women and girls every day. Corey Haim stated he was frightened by all of the attention and pressure, and his experimentation with drugs and alcohol increased.

Corey later described life in Hollywood in the 1980s as unpleasant and how he started using drugs, leading him into a downward spiral. By the early 2000s, desperate for cash Corey Haim began removing his teeth and cutting his hair in attempts to sell them online for extra money to feed his addiction to opioids. Much like Feldman, Corey Haim also claimed to have suffered from sexual abuse while working in Hollywood that started when he was just fourteen years old. He died at the age of thirty-eight from an overdose in 2010.

After forty years in the entertainment industry, Drew Barrymore has played countless roles in classic films such as ET, Scream, Never Been Kissed, wedding signer. While Barrymore is known for her charming on-screen personality, many people would be shocked to learn about her life as a child star.

Drew Barrymore was born into a well-known acting family that dates to the early 1920s. At eleven months old, she made her acting debut in Hollywood alongside a puppy in a dog food commercial and was praised for her performance. Her career took off at the age of seven when she impressed Steven Spielberg at Poltergeist’s audition and was cast in ET.
The years following were a whirlwind of new fame followed by substance abuse that began with her mother.
By the age of seven, Drew Barrymore remembers being in Hollywood clubs five nights a week with her mother, who encouraged her to experiment with drugs and dance with famous men. Drew Barrymore’s first memory of getting drunk was at the age of seven while she attended a famous Hollywood party where she was served liquor over her ice cream. Her alcohol abuse led to a drug addiction that ultimately landed her in a treatment facility. At the age of fourteen, Drew Barrymore emancipated herself from her mother as directed by experts who said she was better off going into the world after treatment on her own. By the age of sixteen, Barrymore was an unemployable actress deemed a childhood disaster by some of Hollywood’s most famous casting directors. A year later, Barrymore broke back into the industry and created multiple films over the next six years.

Although no child actor truly captures the 1990s quite as well as Macaulay Culkin. Known for his role in the Home Alone movies, his rise to fame was fast. Still, his personal life was plagued by a rocky relationship with his father, who he also legally emancipated himself from fourteen.

Culkin later became known for the unsettling conversation surrounding Michael Jackson for years regarding his inappropriate relationships with children. The 2005 trial against the King of Pop Culkin stated that Michael never touched him inappropriately and confirmed he did share a bed with him more than ten times.
Culkin also confirmed that he travelled with Michael on several occasions to Bermuda and spent a handful of nights alone with him on Neverland Ranch and was given expensive gifts. Culkin has remained silent on the topic in the years following which has left the rest of the world to speculate on the secret life of Michael Jackson.

Controversially, the biggest driving factor behind Macaulay Culkin’s success was his management, run by his father.

His father was also an actor whose career had later dissolved, and he was a tyrant behind the scenes of the films in which his son participated. Culkin claimed in an interview that his father would often threaten and humiliate his children.

Culkin also stated that he believed his father was jealous because “everything he tried to do in his life Culkin excelled at before he was ten years old.” In 1995 Culkin took his parents to court in hopes of gaining total control over her $17 million earnings. The battle was extensive, harsh, and public, but the court ultimately granted him full emancipation. He received total control of his money and is estranged from his father to this day. He is still remembered fondly by fans who grew up with his now-classic films and has emerged from Hollywood as a child star, relatively normal. Currently, Macaulay Culkin lives a low profile and started his own comedy website called Bunny Ears in 2018. 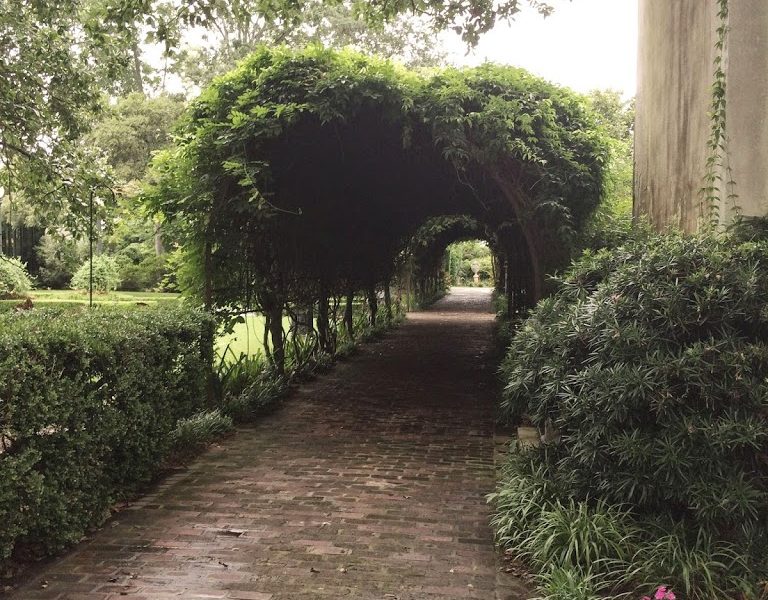 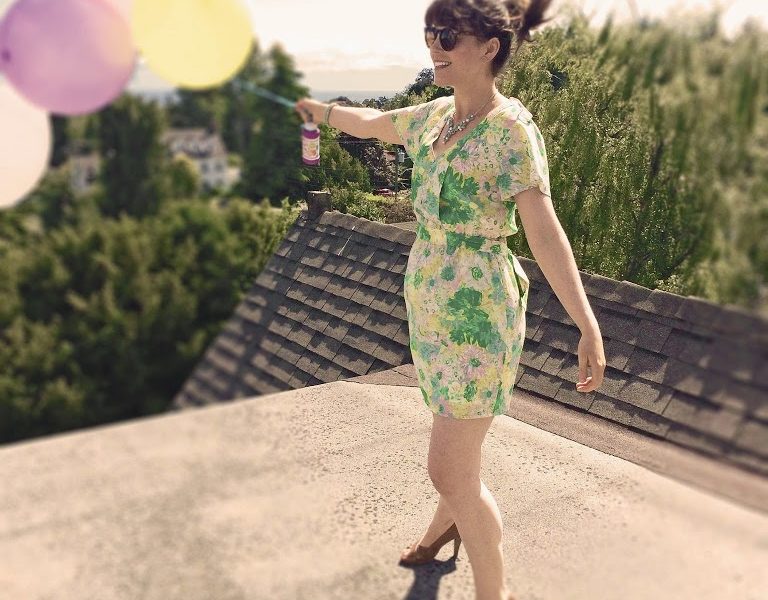 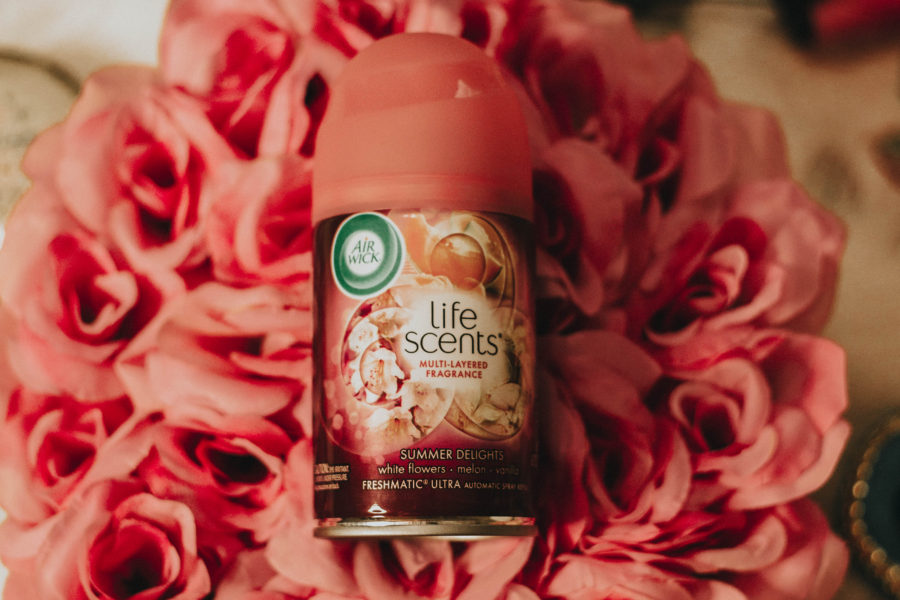