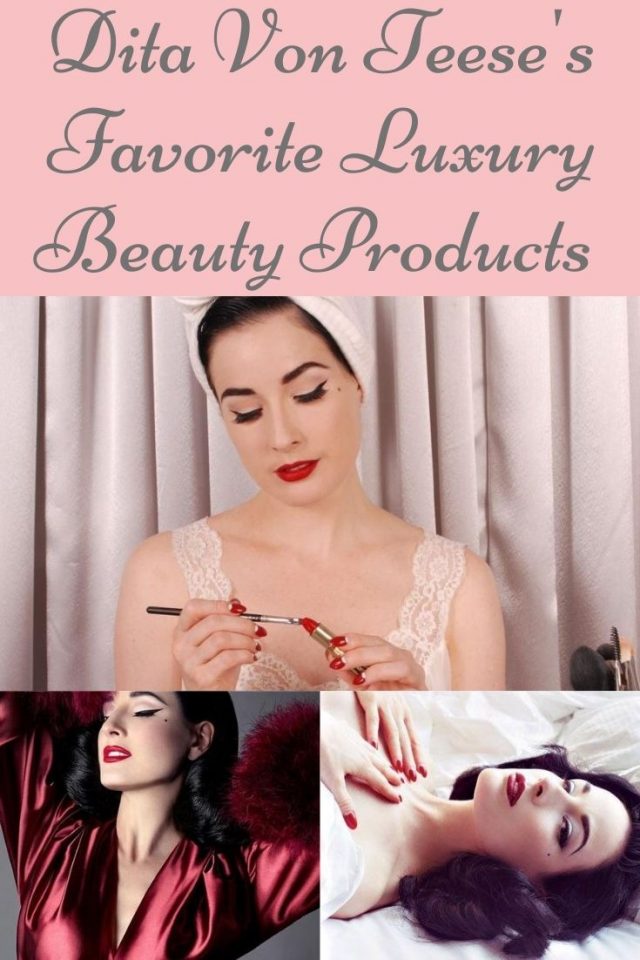 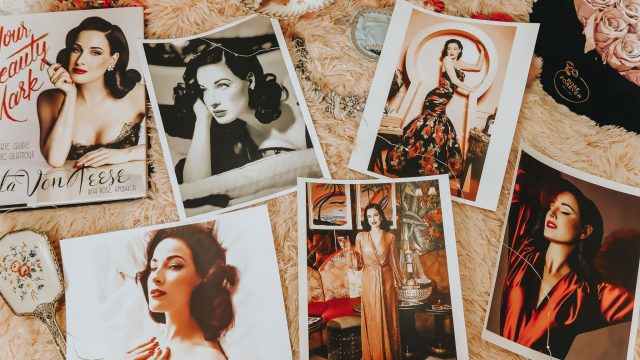 Von Teese chose her stage name by adopting Dita’s name as a tribute to silent film actress Dita Parlo. For her breakthrough December 2002 Playboy cover, she was required to have a surname, so she chose Von Treese from the phonebook. Playboy misspelled it Von Teese, a name which she then kept. Dita is known for her signature painted eye, heavily penciled brow, a swipe of crimson lipstick, and blue-black locks. She says, “I have my signature look, and I’m sticking to it, because it’s the look that is one hundred percent me, and one hundred percent created by me. I might be a one-trick for it. But it’s a pretty good trick!”

“I love perfumes of the past,” said Dita Von Teese, who released two fragrances of her own this spring. “Once upon a time, there were perfumes that didn’t smell like little girls, candy, sweetness, and vanilla. I mean, Marlene Dietrich would not have worn a perfume that had vanilla in it. And so many celeb scents smell like stripper spray. I’m a stripper, and I work in strip clubs, but I don’t want to douse myself and smell like one! Some of my favorite perfumes are Quelques Fleurs and Lancôme Magie Noire. Jean-Paul Gaultier Classique is also so nice; it smells like makeup.”

An enigmatic power. The most oriental of all orientals, the most spellbinding of all potions, Magie Noire is all the mystery and charm of the Orient in a bottle, to enchant and bewitch the senses.

With flower-brimming palettes and smelling blotters in one hand, and laboratory glassware in the other, the French perfumer, Robert Bienaimé, unveiled his Quelques Fleurs world premiere in 1912 as a groundbreaking, multi-floral masterpiece. Before his bold invention, floral fragrances had been mainly single flowers or florals combined with various nuances of herbs and spices.

Sensual and sophisticated, Jean-Paul Gaultier’s Eau de Parfum is a new interpretation of his famous woman’s fragrance. Warm and profound, its charm lies in its floral, voluptuous, and deliciously entrancing notes. The Eau de perfume Classique contains top notes of rose and rum, middle notes of narcissus and vanilla orchid, and base notes of vanilla, amber, tonka bean, and sandalwood.

“I don’t go to a fancy dermatologist. I went to a hotshot doctor once, and they completely screwed my skin up and told me I had rosacea. It was terrible. No, thank you!” said Von Teese. “I now go to a dermatologist who is just super-cool. He told me to just use what I want. I just started using Éminence. Madonna uses it so, I mean, it must work, right? She’s the standard!

When your skin feels dry: Enriched with coconut oil and shea butter, the Coconut Age Corrective Moisturizer smooths and tones the skin.

When your skin feels sensitive: The Apricot Calendula Nourishing Cream is made from the purest Biodynamic® ingredients to treat dehydrated, sensitive skin.

Carefully treat dehydrated and sensitive skin with the power of apricots, echinacea, and aloe. The powerful combination will heal your skin while flax seeds regenerate and revitalize to produce younger-looking skin.

When your skin needs masking: Used as a mask or overnight treatment, the ultra-rich Linden Calendula Treatment revitalizes and moisturizes with fresh linden and calendula extracts.

Use this treatment cream either as a masque or as a night treatment. The extracts derived from fresh linden and calendula plants deeply nourish and refresh the skin’s appearance, and fine herbal oils restore the look of youthfulness and elasticity.

“For powder, I use the M.A.C Mineralize Skinfinish,” said Von Teese of her makeup routine. “I use my own red lipstick from my Art Deco line that is out in Germany. It’s the one I wear the most. But it’s going away in June, so I’ll probably start using more of the Dior Rouge Dolce Vita and Diorific Roulette Red. I also really like the M.A.C Cherry lip pencil.”

“For liquid eyeliner, I use Blacktrack from M.A.C or Guerlain Liquid Eyeliner,” she continued. “I fill my brows in with just to user. Then I love Diorshow Mascara, and I use the Givenchy Phenomen’Eyes Mascara with the ball on end, but just on my bottom lashes.” 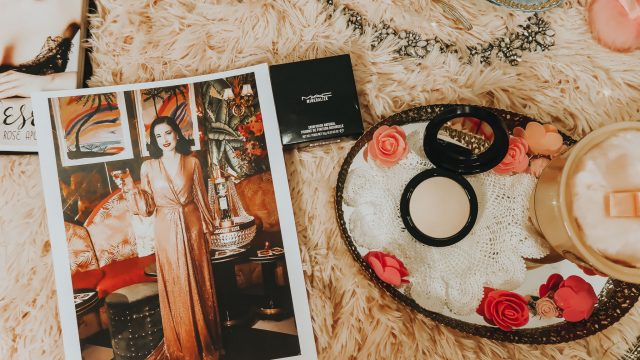 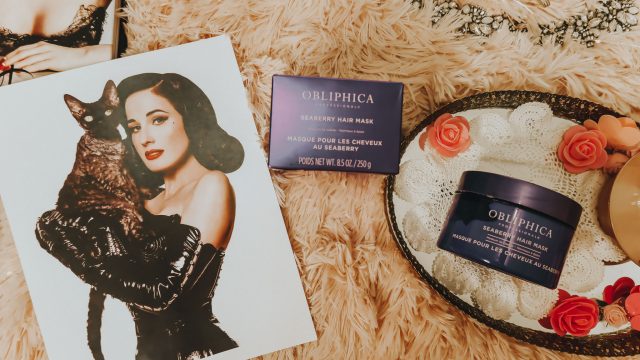 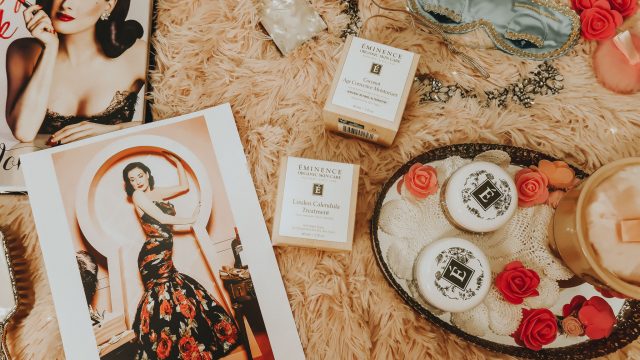 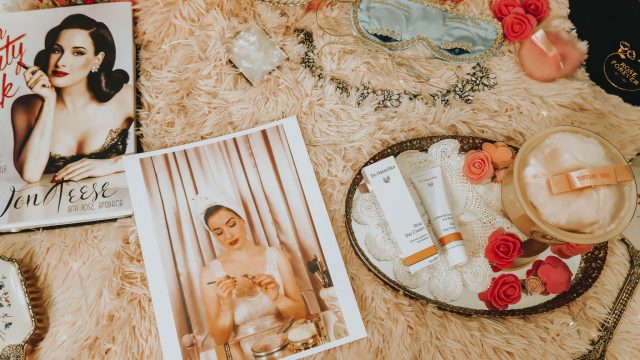 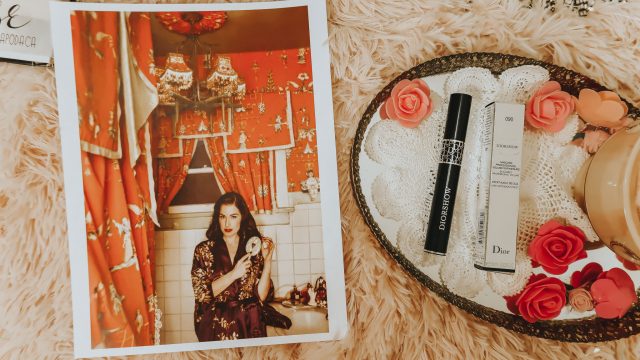 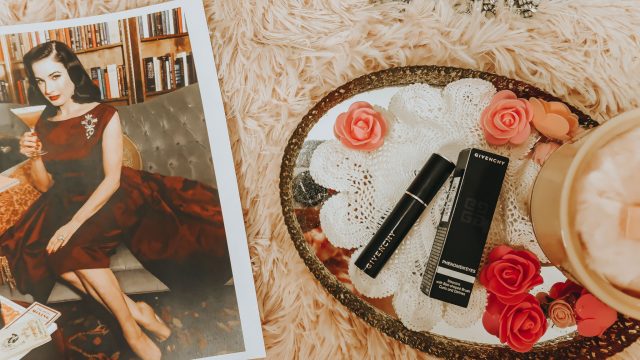 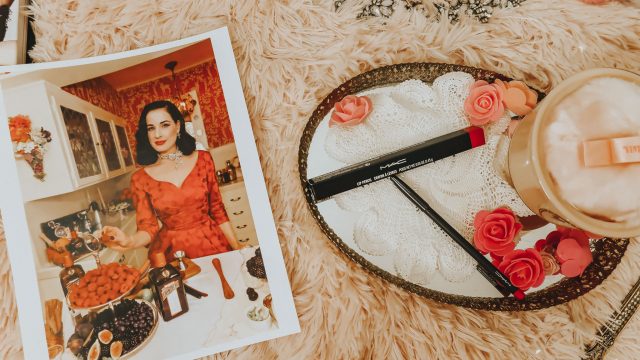 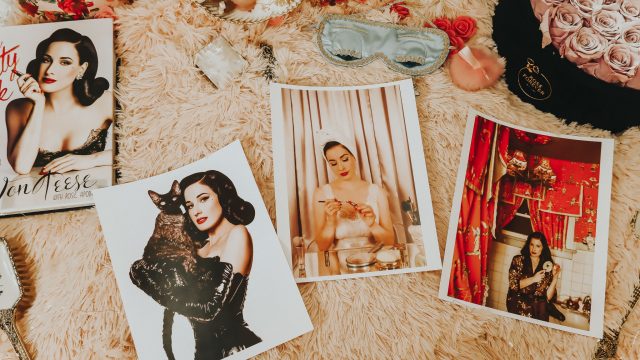 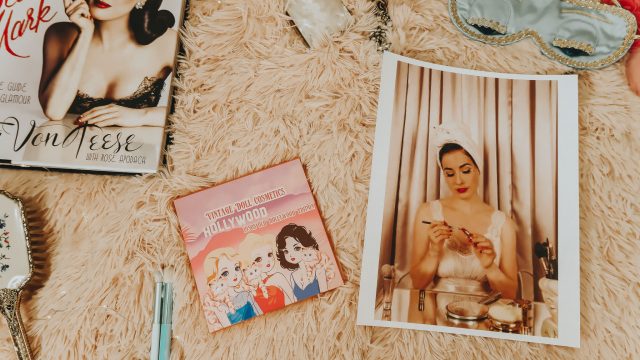 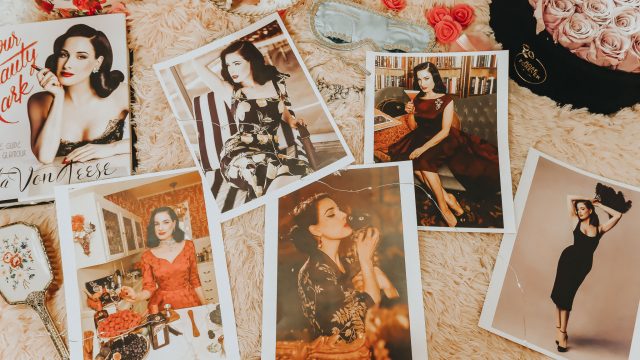 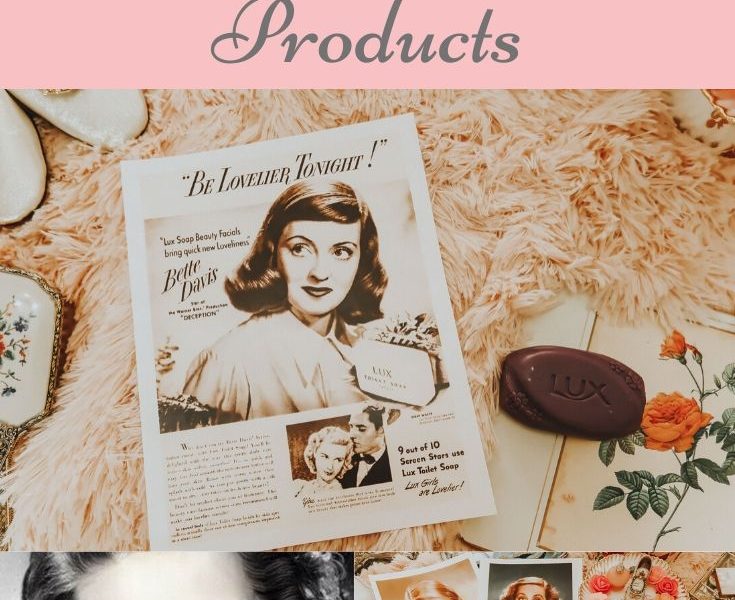 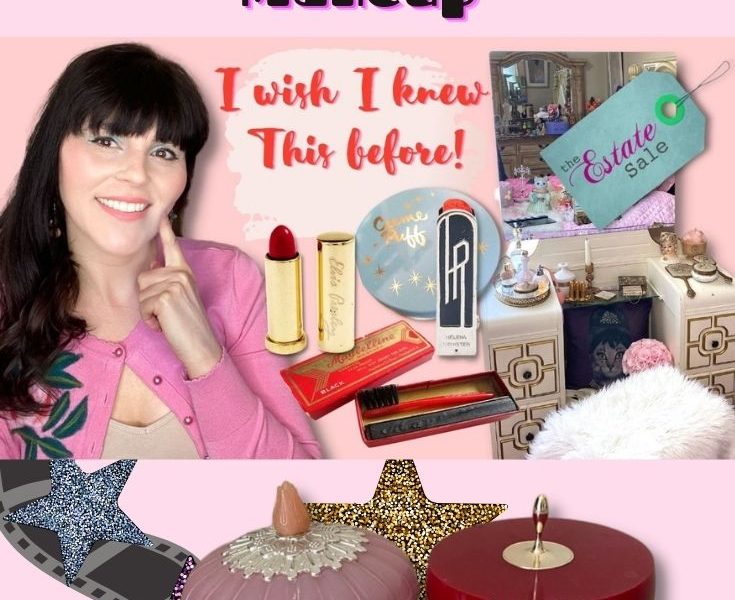 What I Wish I knew Before I Started Collecting Vintage Makeup