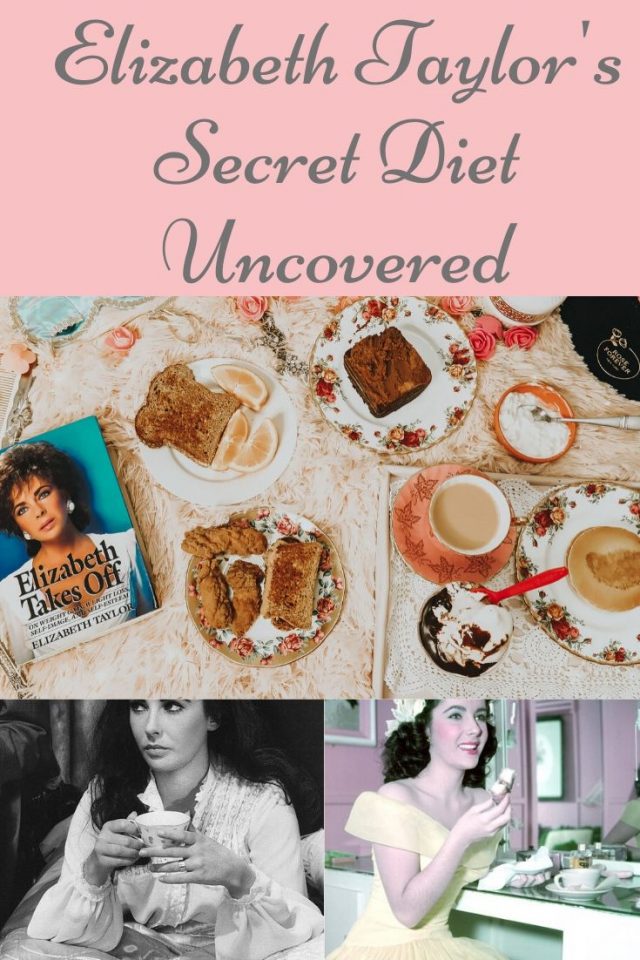 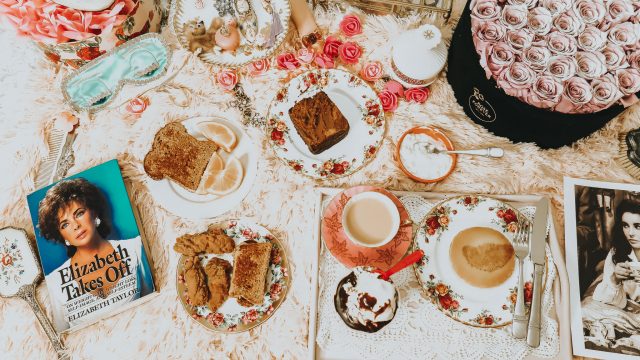 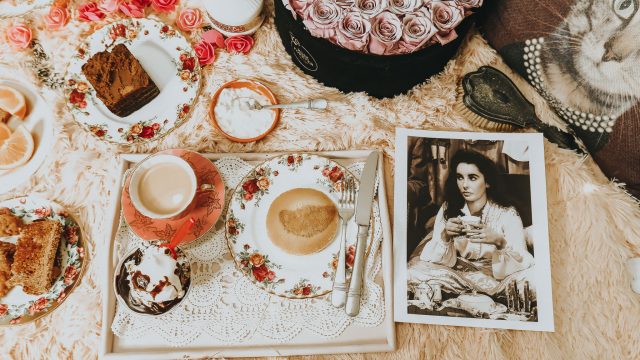 Hello lovelies, I have always wondered what Elizabeth Taylor ate as she is one of my favorite old Hollywood movie stars. I recently discovered that she wrote a book in 1987 called Elizabeth Takes Off. This book is all about how she lost weight and her diet and exercise plan. It is filled with unique antidotes and interesting recipes.

Elizabeth Taylor has been in the public eye since she was nine years old, which is a lot of pressure for anyone to handle. Her weight began to fluctuate later in life. She gained a significant amount of weight on her short frame in her late 40s and early 50s and was around 180 pounds. She became the subject of cruel headlines and decided to open up on how she lost the weight in her book.

In her book, Elizabeth gives a glimpse into her life about her weight.

“One of the reasons I decided to write this book was that I was so disturbed by the hundreds of articles saying that my weight gain — and by implication, other women’s — was the result of outside forces I couldn’t control. This simply isn’t true,” she explained. “Everyone is subjected to pressure — schedules that do not allow for three balanced meals a day; the temptation of high-calorie dishes prepared for guests; conditioning that equates food with comfort. But with the right approach, our response to these pressures is not out of our control.”

Although her own weight loss success resulted in dropping 55 pounds and going from a size 14 to a size six, she also rightfully warned against copying her results exactly. “A word of caution, though, on this business of dress sizes,” she said. “You might look splendid in size 12, so don’t start thinking the only answer is to wear an eight.” She added that despite always being in front of a camera, she still managed to avoid really looking at how much she had “let herself go.” This is why she called full-length mirrors “a dieter’s best friend” and recommended stripping down completely in front of one to really understand what goals you want to set for yourself.

The actress didn’t try to sugar-coat or make her “Taylor-Made Diet” sound like a walk in the park, either. In fact, as someone who had attempted every “get skinny quick” trick she’d heard about, that was something she wanted to avoid. “I’ll never try and tell you dieting is fun,” she admitted. “I know from painful experience just how tough taking off unwanted pounds can be.” With that in mind, Taylor recommended grabbing “onto anything that will bolster your willpower,” such as “psychiatry, saying your mantra, plotting your horoscope, casting runes, or clutching a rabbit’s foot, as long as it motivates you to succeed and isn’t harmful to your or others, do it!”

Taylor wrote that she created her diet with the help of nutritionists and her personal chef, Liz Thorburn, tailored to her own personal tastes. It included her favorite dishes, like “crab salad, spicy chicken, crunchy Parmesan-flavored potato skins, and a variety of fresh fruit salads that you can dress up with Liz [Thorburn] ‘s fabulous low-cal mayonnaise. You’ll also find a bit more lean steak and hamburger than you might expect on an ordinary diet.” Unlike today’s diets that limit carbs or calories, Taylor was clearly trying to balance flavor and nutritional intake with her variety of food options.

“Life on a total diet for the rest of one’s life would be totally depressing,” said Elizabeth Taylor to a writer from The New York Times in 1986. The actress was 53 years-old at the time and had called the interview to promote her new memoir-come-weight- loss book in a pink peony-filled $1,800 a day suite at the Plaza Athénée. The book called Elizabeth Takes Off is currently out of print, but some digging around on the Internet gave us curious insight into Taylor’s recommended daily diet and practically non-existent fitness routine.

In her words, the first real step to losing weight, and keeping it off, is achieving the right state of mind. “You have to try to get your head at the right place, where you can make it click” she says in the same interview. “Without that inner click it doesn’t matter how many fad diets you go on.” To achieve the click, Taylor advocates conducting a good, long chat with yourself in the mirror about why you need to diet in the first place. When having her own chat, Taylor reportedly utilized the words “no” and “ridiculous” after ballooning to 180-plus pounds following oral surgery and a diet of ice cream and malted milk.

Then comes the actual food. Elizabeth mainly stresses the importance of eating plenty of fresh fruits and vegetables, lean protein, and avoiding too much red meat—which sounds like standard weight-loss fare until you discover her meal plan and peculiar flavor combinations. Among the more palatable dishes, you’ll find chicken barbecued with lime and potato skins. Among the downright weird, grilled steak or a hamburger served on a single slice of whole-wheat toast spread with half a tablespoon of peanut butter and half a cup of cantaloupe melon and orange mixed with low-fat cottage cheese and sour cream. Every breakfast à la Ms. Taylor is the same: dry toast with a single serving of fruit on the side.

Here, read some of Liz’s best quotes and advice from the book—you’ll find each to be as entertaining, witty, and up-front as the actress herself.

Peanut butter and bacon sandwich on French baguette. Scoop out the extra bread inside.

And of course some Jack Daniel’s on the rocks and homemade potato chips!

Here’s a daily breakdown of the Taylor-Made Diet: 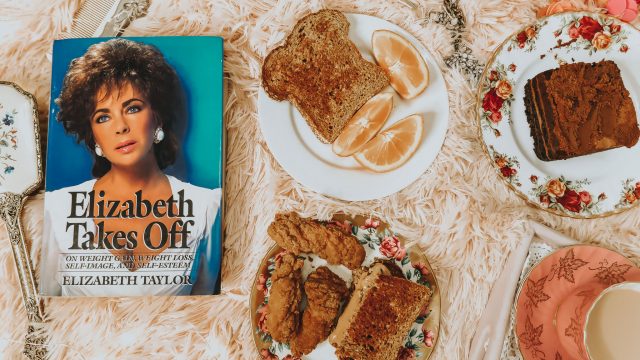 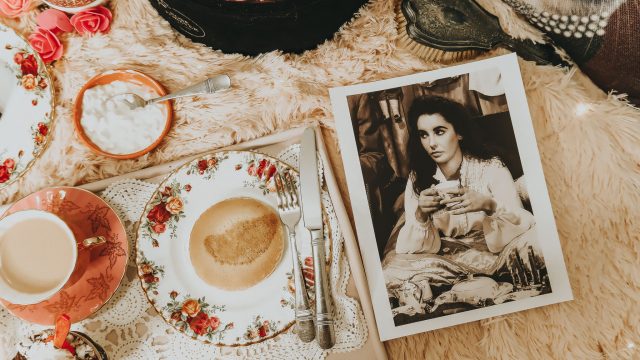 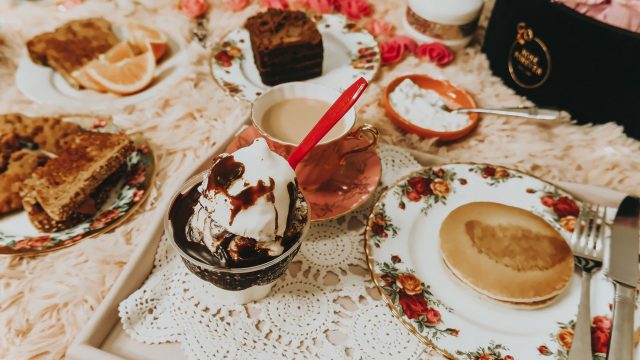 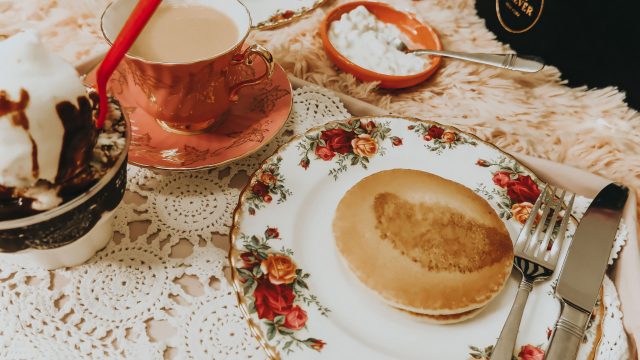 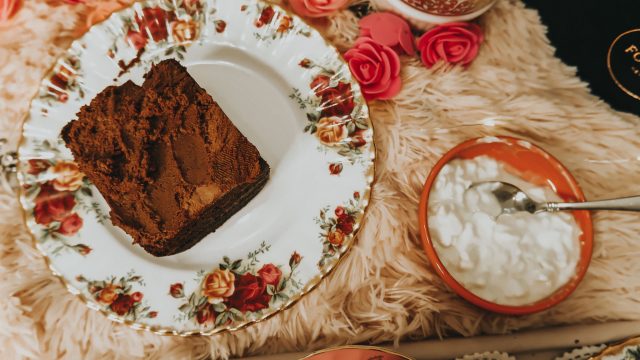 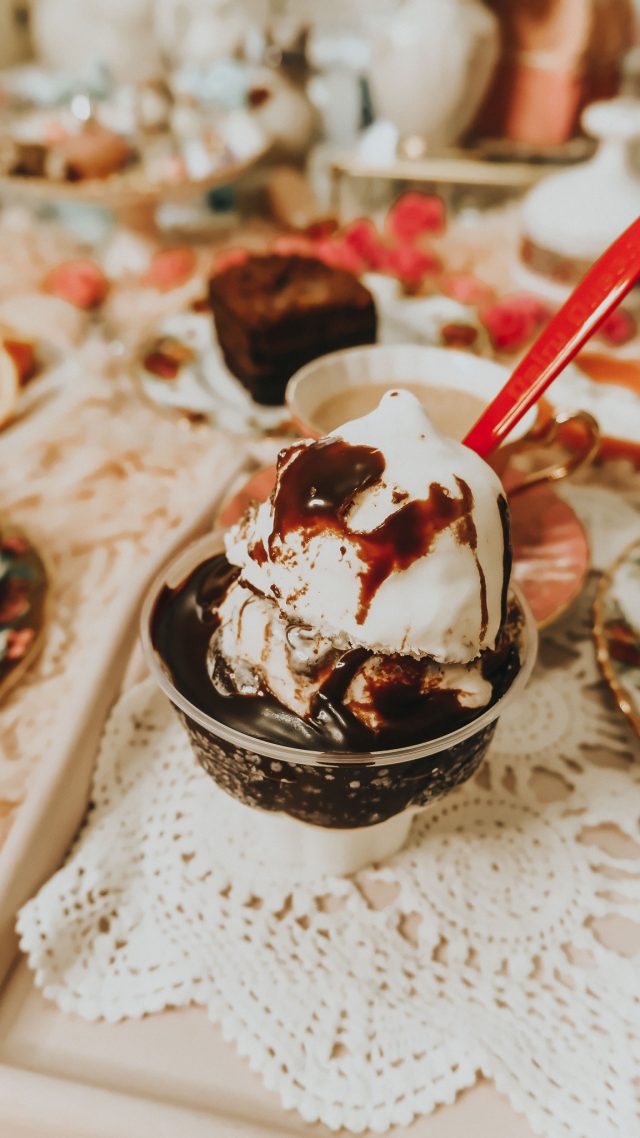 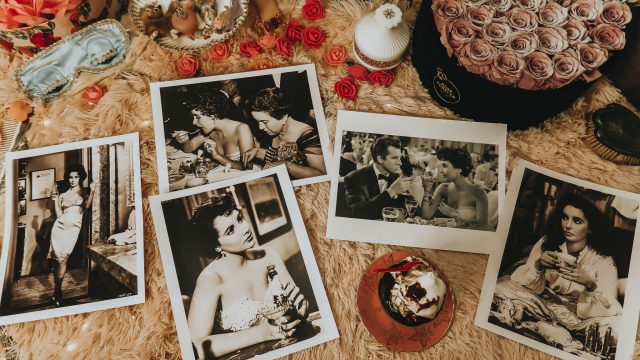 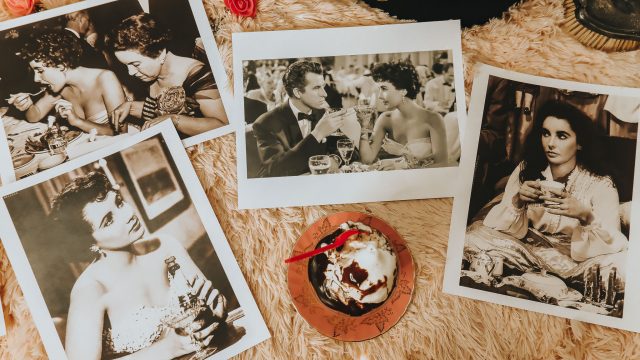 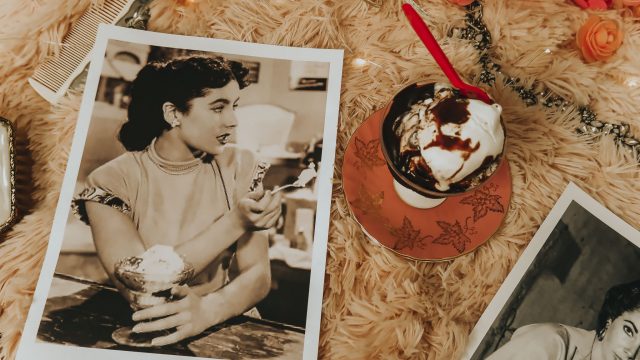 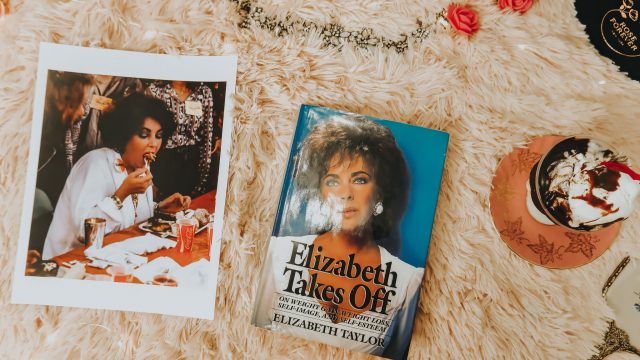 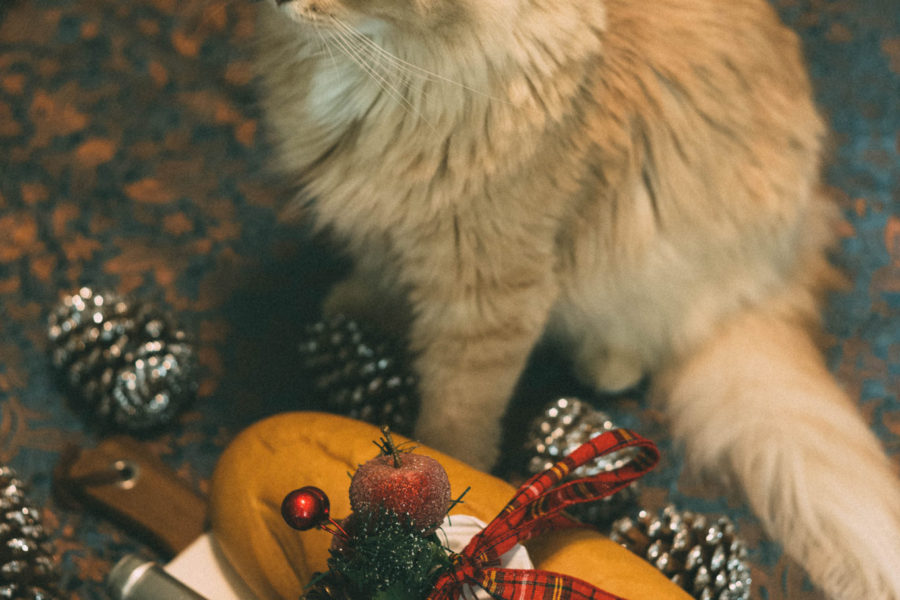 A Creative Way To Gift Wine 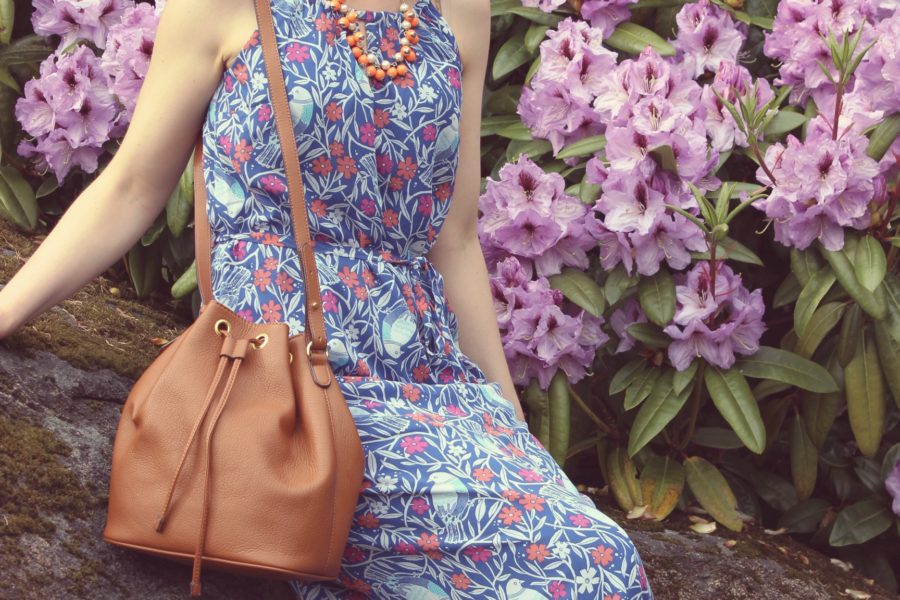 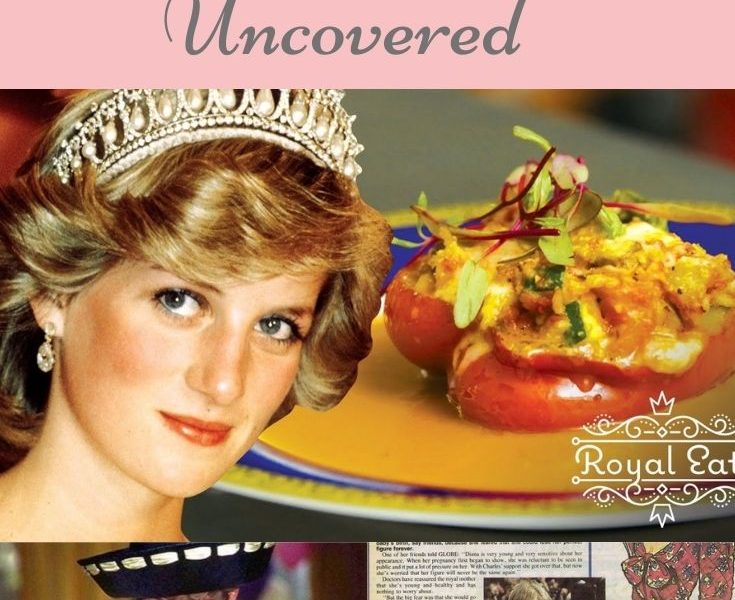