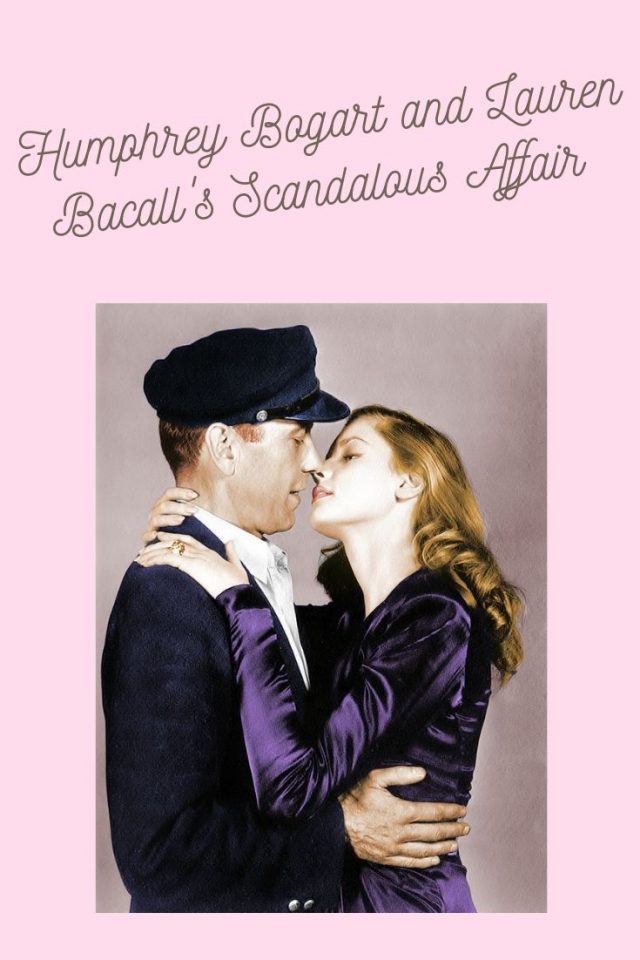 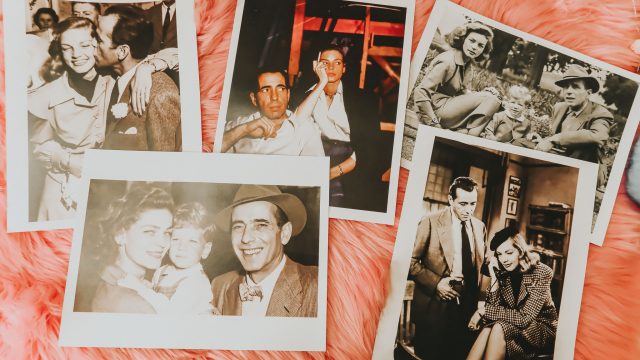 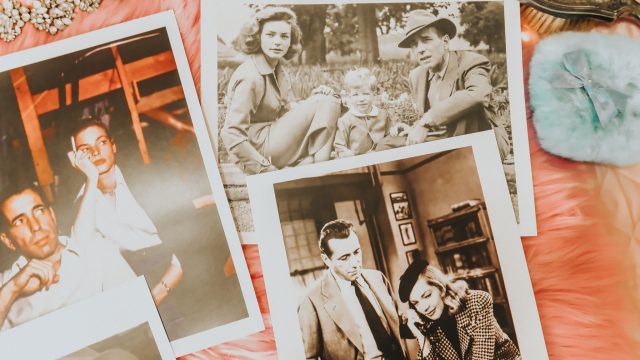 Lauren Bacall is a Jewish girl from the Bronx, and Bogart was raised Episcopal on Manhattan’s Upper West Side. As a couple, they made some of the greatest film noir movies ever made, and their romance will go down in history as one of old Hollywood’s most scandalous and glamorous marriages.

Lauren Bacall was only 19 when she met Humphrey Bogart on To Have and Have Not in 1944. Bogart was 45 at the time and was married to his third wife, the actress Mayo Methot. Despite their 25-year age gap, sparks flew between the two stars, and their relationship progressed quickly. The movie debuted on January 20, 1945, and Bogart has divorced soon after. He and Bacall tied the knot on May 21, 1945, at a Pulitzer Prize-winning author Louis Bromfield’s farm in Lucas, Ohio. They would go on to have two children together, staying married until Bogart died in 1957.

Bacall wasn’t interested in her future husband the first time she saw him on screen in Casablanca. The friend she saw the movie with found him sexy. “I thought she was crazy.”When they met in person a few years later, her first impression of him was of a cordial, polite, and friendly man. He told jokes to make her feel more comfortable in front of the camera, and soon their working relationship became a flirtatious friendship. In her memoir Be Myself, Bacall recounted how, three weeks into filming, Bogart stopped by her trailer to say goodnight. She was brushing her hair, and he was standing behind her: Suddenly, he leaned over, put his hand under my chin, and kissed me. It was impulsive—he was a bit shy—no lunging wolf tactics. He took a worn package of matches out of his pocket and asked me to put my phone number on the back. I did. I don’t know why I did, except it was part of our game. Bogie was meticulous about not being too personal, was known for never fooling around with women at work or anywhere else. He was not that kind of man, and also, he was married to a woman who was a notorious drinker and fighter.s not.

When director Howard Hawks got wind of the affair, he tried to stop it by telling Bacall it was just a fling that Bogart would dump her once filming ended. He even threatened to ruin her career, bluffing that he would send her to Hollywood’s “lowest” studios. “[Hawks] used to say to Bogie, ‘You don’t have to get serious about this girl. Take her downtown to a hotel and get a room with her—that’s enough.’ That was not Bogie’s scene at all,” Bacall revealed decades later. Her mother disliked her new boyfriend, too. When she visited Bacall, she mused out loud about what her daughter was thinking by pursuing a married man 25 years her senior who had a drinking problem. Of course, no one successfully deterred the union. Bogart became a father for the first time at age 46 when the couple welcomed their firstborn, a son they name Stevie—presumably after Bogart’s character Steve in To Have and Have Not—in January 1946. Their daughter, Leslie, was born on August 23, 1952. Following their first film’s success, credited largely to their onscreen chemistry, the pair were cast in the film noir movie The Big Sleep almost immediately after. They also starred in Dark Passage (1947) and Key Largo (1948) together.

Though their relationship was marred by mutual infidelity—his with his longtime hairdresser Verita Peterson, and hers with Frank Sinatra—their mutual deep care for each other was evident until the end.

“I never believed that I could love anyone again, for so many things have happened in my life to me that I was afraid to love,” Bogart wrote in a love letter to Bacall at the beginning of their relationship. “Now I’m afraid that you’ll become impatient and that I’ll lose you—but even if that happened, I wouldn’t stop loving you.” Bogart died of esophageal cancer in 1957. Bacall got engaged to Sinatra shortly after, but the relationship ended after she talked publicly about their affair against his wishes. She married actor Jason Robards in 1961, though it seems she never really got over Bogie. Even her second spouse referred to her as “The Widow Bogart.” “No one has ever written a romance better than we lived,” she wrote in her memoir. After her death on August 12, 2014, she was interred at Forest Lawn Memorial Park in Glendale, California, the same cemetery as Bogart. 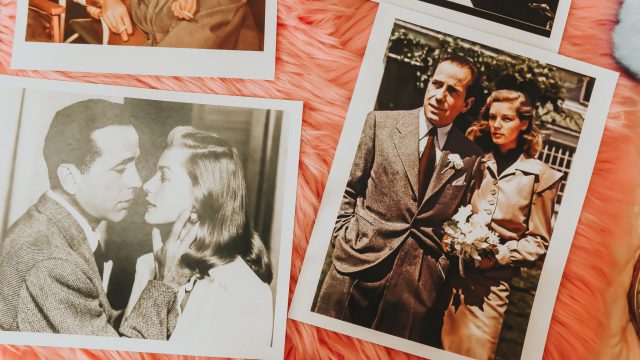 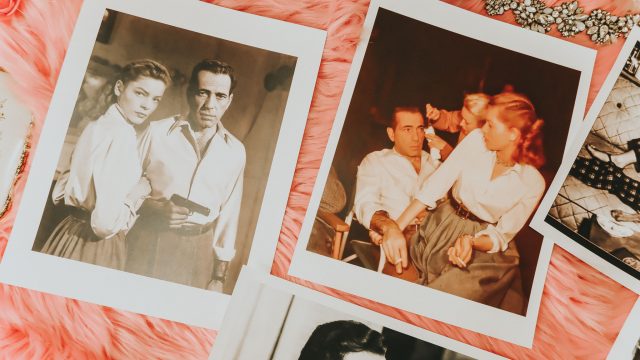 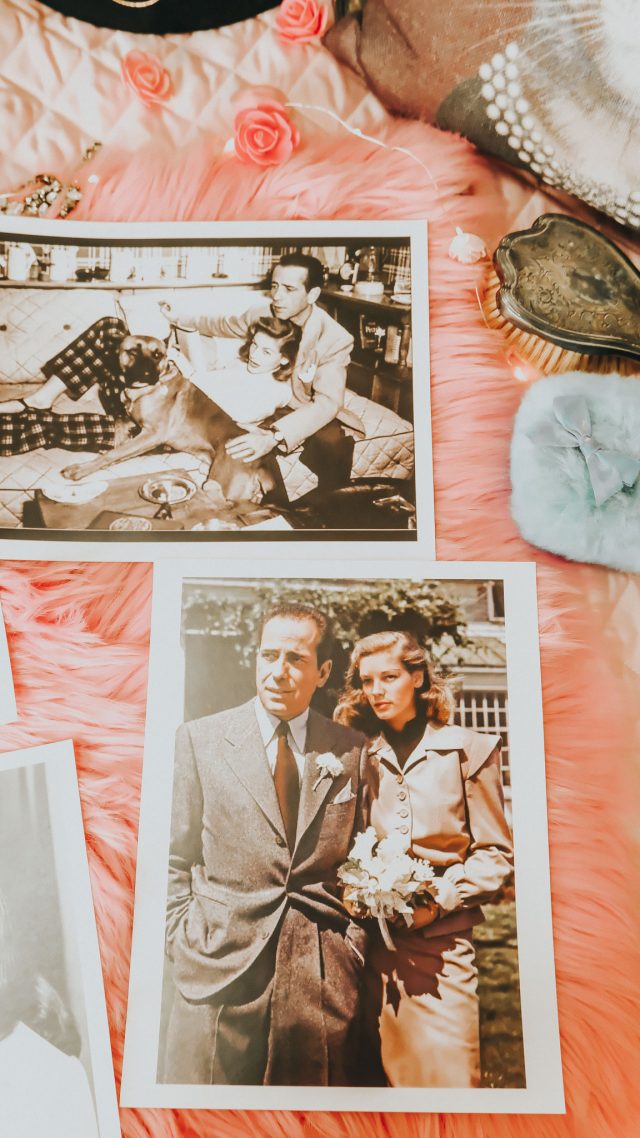 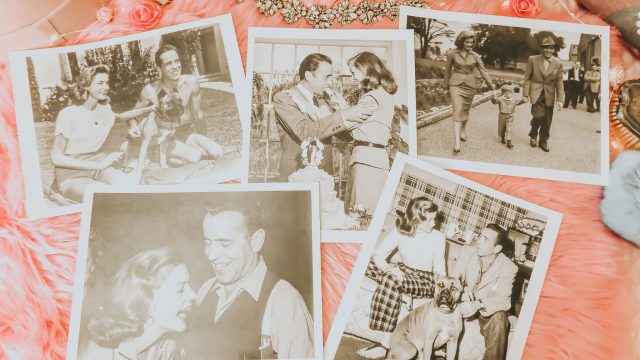 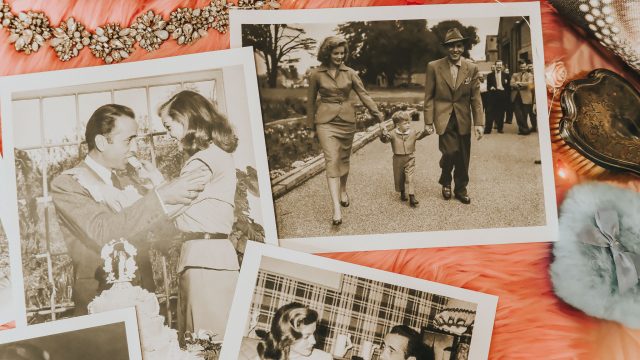 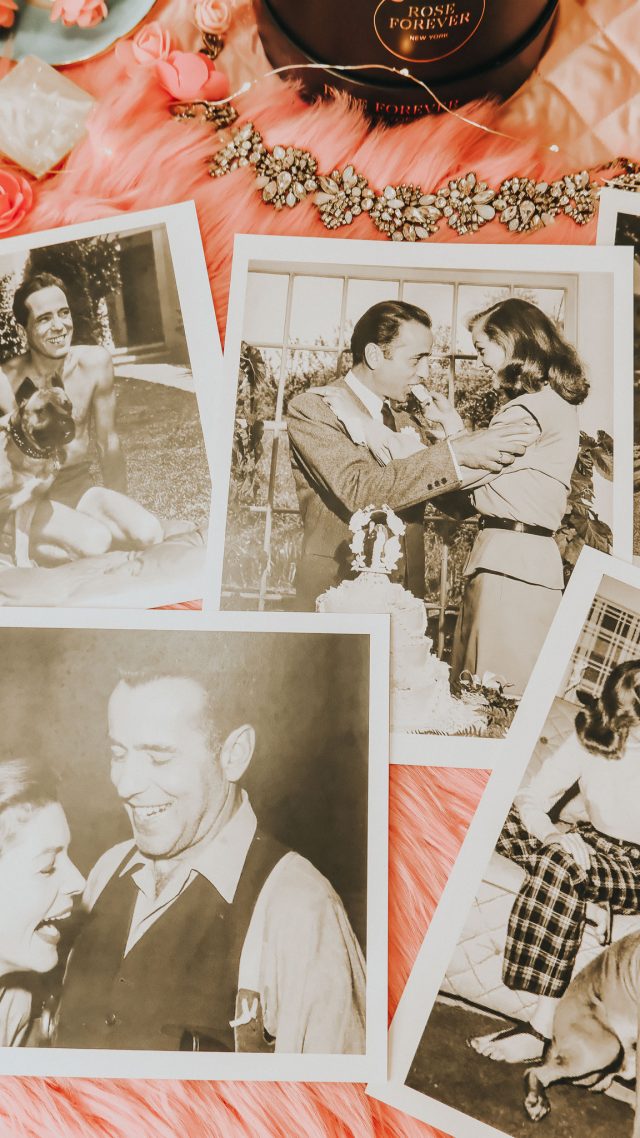 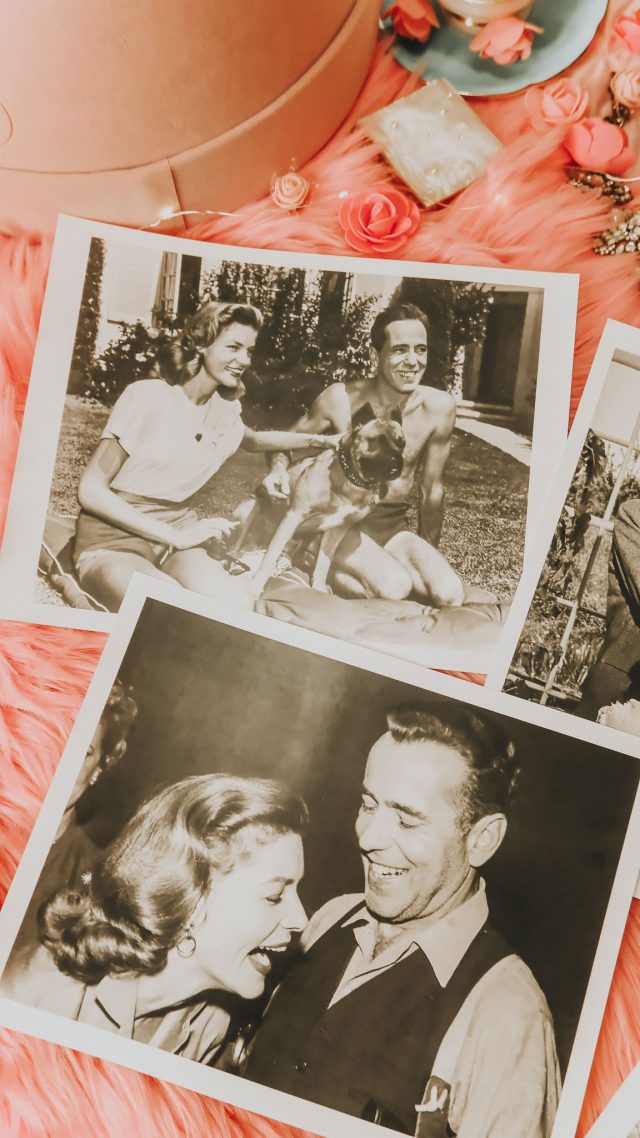 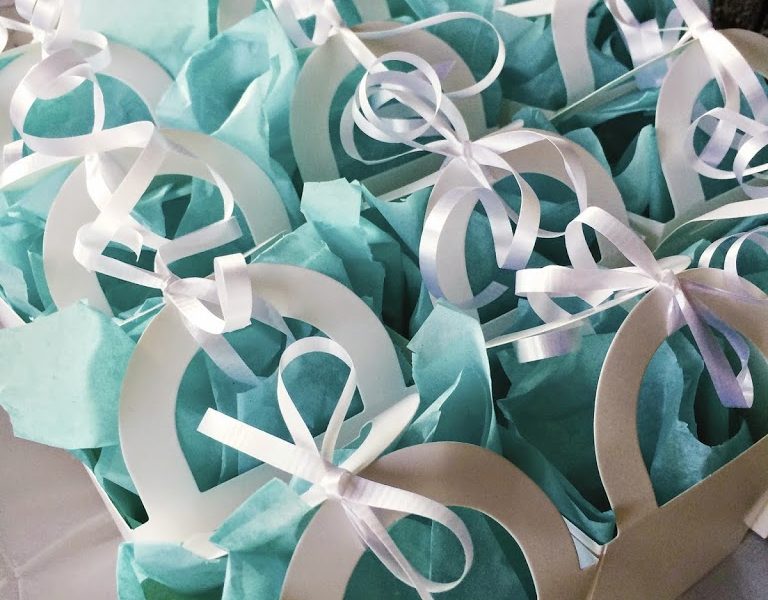 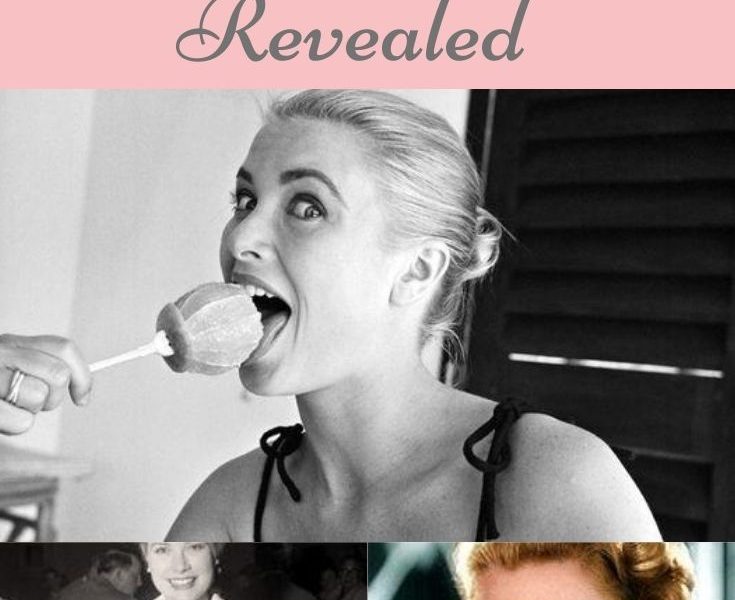 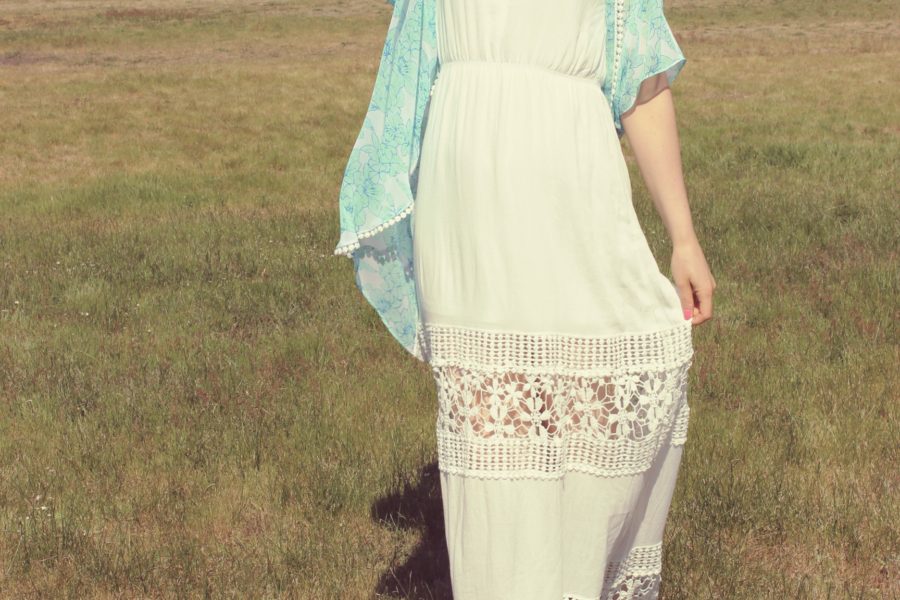 Be Yourself Everyone Else Is Taken