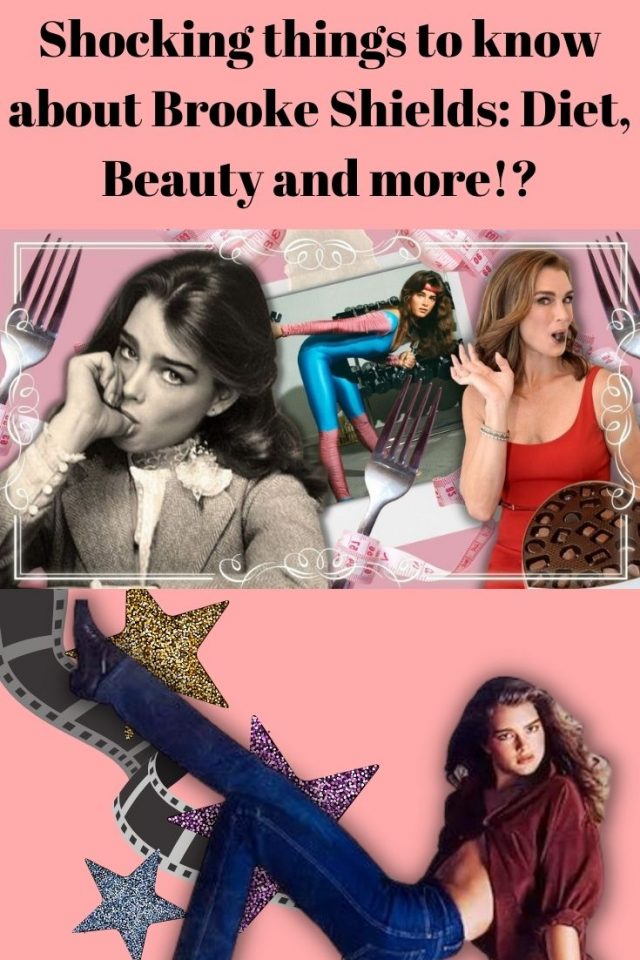 Brooke Shields is iconically American in both her looks and her upbringing. She was born on May 31st, 1965, in Manhattan, New York. She became famous before she even hit high school. She started as a child model but became well known when she was just 12 years old. She starred in the leading role in Pretty Baby. She kept on the fame train for the rest of her childhood, modelling and starring in a few TV dramas. At 14 years old, she appeared on the cover of Vogue, being the youngest model at the time to do so. She was signed to the Ford Modeling Agency’s child division. Supposedly the founder of the agency, Eileen Ford, said that she created the division just for Brooke.

However, the start of her career was not without some drama. When she was ten years old, she was photographed by Garry Gross for Playboy. They had her pose nude in a bathtub covered in oil. A parent must be present for all working children, and they have to sign a release form. Brooke’s mother did sign a document, but later she tried to sure Playboy and the photographer. The court ended up ruling in favour of Playboy, but they said if Brooke had been a performer instead of a model, she would have won. She also did a controversial photoshoot for Calvin Klein when she was 14. Some attribute Calvin Klein’s super success to Brooke’s role in this ad campaign. Supposedly by the time she was 16, her daily rate as a model was $10,000, and almost everyone across the country recognized her face.

When she turned 18, she put her career on hold so she could go to college. She completed a bachelor’s degree in romance languages at Princeton University. Even though she was achieving incredible success as a model and actress, she wanted to make sure her education came. First, it was priority number one for her.

She returned to the spotlight in 1989 in Speed Zone. She has continued to act in various movies and TV shows all the way up to her most recent role in 2020. She was the first performer to have a role in Grease, Chicago and Cabaret. She also dabbled in the theatre, playing Rizzo in Grease in 1994. She also memorably played Morticia in the 2011 Broadway Musical version of The Addams Family.

In terms of TV roles, most recently, she has had a recurring character in Law-and-Order SVU. She also appeared on shows like Two and a Half Men and Hannah Montana. She made a one-time appearance on Friend’s as a crazy stalker of one of the main characters. Her performance in the show led her to be cast in Suddenly Susan, which she was the star of for four years. Essentially, Brook has been performing in one way or another since her early childhood, which not many people have accomplished.

Brooke has had two kids and has been open about dealing with postpartum depression, even though other actors in Hollywood have condemned her for it. Tom Cruise has even gone so far as to accuse her of destroying her career by taking antidepressants. Opening up about her mental health journey is brave and a much-needed step towards opening a larger, international conversation about mental health.

A career of her size is sure to take a toll on anyone, mentally as well as physically. Despite this, Brooke has been able to stay looking years younger than she is. She has often spoken about her tips for staying healthy and active as a mom of two kids. She was born with a naturally amazing model-esque body. She stands at six feet tall and has what many would describe as an athletic build. Even though the rest of the world was obsessed with her, she says she has been fighting with body image issues her whole life.

Now she loves her body and all of the amazing things it can do for her, but she says there is no unique trick to keeping herself in shape. Like most people, Brooke tries to keep her water intake up as much as possible. Most importantly, she doesn’t deny herself any pleasure when it comes to food. Isn’t that the real secret? The only way to be truly happy in your skin is to make sure you’re feeding yourself what you want, within reason.

Part of her routine, of course, involves exercise. She does have a personal trainer, as many of her statuses do. But she also likes to do SoulCycle and Pilates classes. She said that she recently started using an Indo Board to help improve her balance and core strength. An indo board is essentially a wood plank that you place on top of a cylinder on its side. The goal is to keep yourself perfectly balanced on the board and hold it. She did talk about one more unique workout that she uses to strengthen her core, inversion boots. These boots work very simply. You strap them around your ankles and then pull yourself up onto a bar bolted into the wall. You hook each boot on the bar and let yourself hang upside down. You can either let yourself turn and stretch out your back, or you can do crunches and other ab workouts.

Instead of participating in woman bashing as many others do, she tries to praise other women. Brooke believes that admiring other women is the best way to inspire yourself. When you see others doing well, it makes you want to better your own life. This attitude helps herself, but also her two young daughters. More and more women are struggling with raising their daughters in a body-positive way. So many of them, including Brooke, grew up in a world where not all body types were appreciated, and they didn’t want their daughters experiencing the same thing. Brooke says that she prioritizes her relationship with her own body, which undoubtedly sets herself up as a positive role model for daughters.

As for her skincare routine, it might be quite shocking. As in, she likes to shock her skin with cold water. When she was younger, she used to dip her face in a bowl full of ice water. She claims she got the idea from Mommy Dearest. Now, though, she goes with splashing water from the sink, as cold as it will come out. Most of the time, she is seen in advertisements or on TV she has very minimal makeup. She likes to embrace her naturally glowing skin. Brooke sometimes will work out right before going on camera. She says that it reduces puffiness and gives her more of a glow.

In terms of her diet, there isn’t all that much to know aside from balance. A major part of her diet is water and leafy greens, but she isn’t into a specific “diet.” If she wants to indulge in something, she will, and then she might add an extra five minutes onto her workout to balance it out. The important thing to note here is that she is balancing exercise, not purging her body. Over-exercising to make up for binge-eating or eating at all is considered to be a sign of eating disorders. That is not what Brooke is going for here. For her, it is all about maintaining a healthy lifestyle year-round. She does what she does because she loves her body and all that it can do for her. Instead of restricting herself from her cravings, which might cause a binge later, she fulfills her cravings in small doses. Typically, these cravings are chocolate, and she will snack on a few pieces of Dove Chocolate to satisfy herself.

Speaking of, she has also added meditation as part of her lifestyle. Her reasoning for this is that it allows her to work her body by understanding it better. When she exercised in her younger years, it was largely for vanity reasons and to keep the figure she was famous for. Now she does it for her body. She tries to stay in tune with what her body needs, and she does that through meditation. It is also complemented with less intense workouts like yoga, which promote a healthy mind and body relationship.

One of her inspirations for becoming more in tune with her body is a knee injury. Years of dancing on Broadway had put her in a lot of pain. She ended up having to get surgery to correct the problem, but now she focuses on strengthening her muscles so it doesn’t happen again. She acknowledges that she’s not young anymore, so her body requires more care and more recovery time than it used to. Now when she works out, she does it to prevent future injuries.

Brooke is not scared of ageing. She accepts it as a natural part of life and recognizes that it is inevitable. As time goes on, her body changes the way it processes food and exercise. She has learned to roll with the punches and regularly evaluates how she is doing and what she might need to change so that she can do better.

Part of bodily changes is that fat in certain areas is not as easy to lose. Despite a strong workout regimen and meal plan, Brooke experiences what many call stubborn fat. Her trouble areas are her love handles or the area just above the waistline on your hips. She joked once that the trend of high waisted pants had helped her immensely to cover up the issue, but it is still a spot of insecurity for her.

So, she turned to a company called SculpSure to help her out. The technology works by targeting specific areas of the body and damaging the fat cells there. The cells are then discarded through the bodies waste system, never to return. Some may be familiar with the idea that when we lose weight, it is just the fat cells shrinking, not them disappearing altogether. This is one explanation as to why it is so hard to keep the weight off when people achieve their goals.

Given this, it is not hard to imagine why SculpSure would be an attractive option for those who are trying to lose weight in a specific area. The company claims that you can see results in as little as 6 weeks, but most likely around the 12-week mark. After just two sessions, though, Brooke claimed that she was seeing a huge difference in her sides. Even though she tries to be as natural as possible when it comes to her health, she couldn’t deny how great it felt to see results.

She did accompany this with a warning, though. She herself does not plan on ever having plastic surgery, though she doesn’t bash people who do. She does say that she can see how it may be addicting for some people. Even using SculpSure to target one insecurity made her dream of the possibility of fixing others through medical interventions.

One thing that she never wants to touch, though, is her face. She claimed it would make her feel suffocated and unreal. Her mother got a facelift in her 40’s, and Brooke noted how much happier her mother was afterwards. While she sees the benefits, she also acknowledges that a long and rough recovery period comes along with it. She said that she could never say never to plastic surgery or altering her face, but she does want to hold off for as long as possible. She is happy with who she is now and would not wish to go back in time to be young again. That is an amazing and healthy mentality to have, especially in today’s increasingly body-inclusive society. 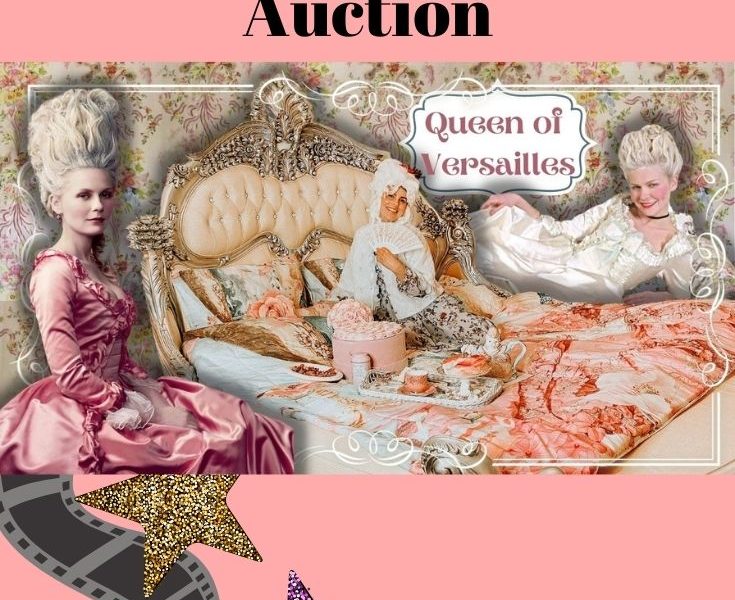 I bought Marie Antoinette’s Bed at an Auction. Guess how much it was? 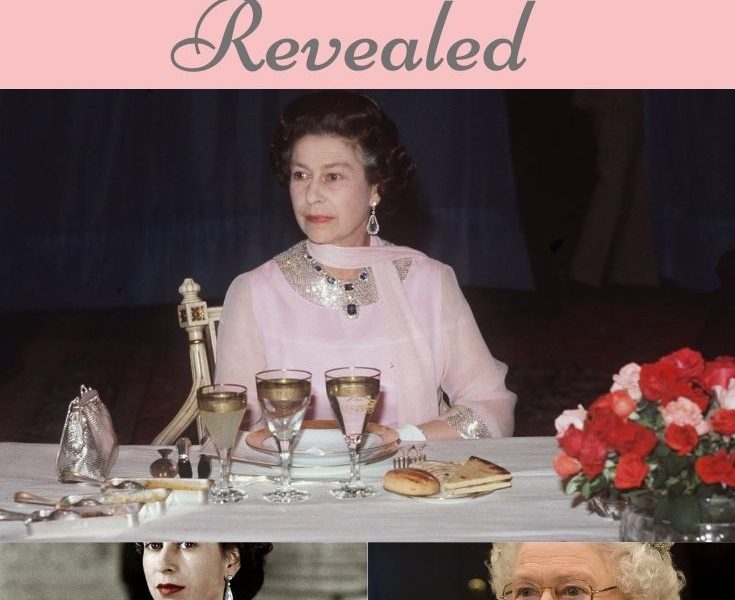 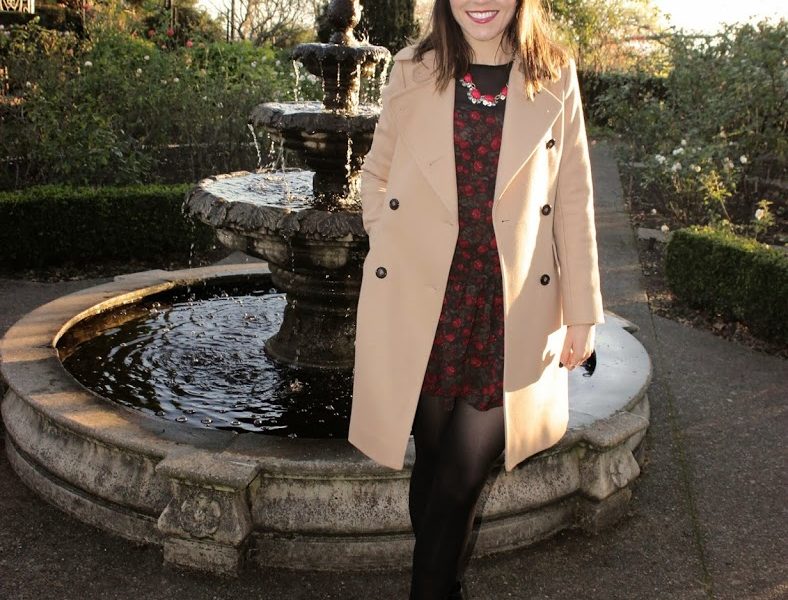 Shop Bags, Trend: Bold Platforms, Maxi Skirts, Discover: Workout to Wherever and more. Get this widget.